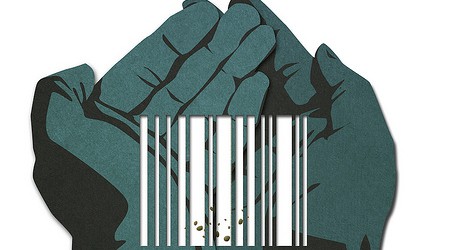 At [today’s] arguments, the Supreme Court will debate whether business corporations have religious liberty. Hobby Lobby, a chain of craft stores with 13,000 employees, along with a small Mennonite furniture maker, seek exemptions from the Obamacare requirement that employer health insurance plans cover certain forms of birth control. The case raises anew the question that sparked so much controversy after the Citizens United case: Are corporations “people” with the same rights as citizens?

Corporate personhood is easily ridiculed on late-night television, but as Eric Posner pointed out in Slate, the law often “treats various nonhuman, nonsentient entities as ‘persons’ for certain legal purposes.” Yet that doesn’t mean Hobby Lobby has all the rights you and I have. Indeed, the justices should hold that Hobby Lobby does not have religious rights precisely because the corporation is a legal person.

When corporations were first invented, the very idea was to create a fictional “person” that could be recognized by law and exist in perpetuity. Writing in the 1700s, the British jurist William Blackstone explained that “it has been found necessary, when it is for the advantage of the public” to “constitute artificial persons, who may maintain a perpetual succession, and enjoy a kind of legal immortality. These artificial persons are called … corporations.”

This conception of corporate personhood has profound and beneficial economic consequences. It means that the obligations the law imposes on the corporation, such as liability for harms caused by the firm’s operations, are not generally extended to the shareholders. Limited liability protects the owners’ personal assets, which ordinarily can’t be taken to pay the debts of the corporation. This creates incentives for investment, promotes entrepreneurial activity, and encourages corporate managers to take the risks necessary for growth and innovation. That’s why the Supreme Court, in business cases, has held that “incorporation’s basic purpose is to create a legally distinct entity, with legal rights, obligations, powers, and privileges different from those of the natural individuals who created it, who own it, or whom it employs.”

In recent constitutional law cases, however, the justices seem to have forgotten this basic principle of corporate law. In Citizens United, the court effectively held thatcorporations enjoyed the same free speech rights as ordinary individuals. Contrary to popular belief, however, the court did not base that holding on the idea that corporations are people. Instead, the justices said that corporations are “associations of citizens”—and those citizens who make up the corporation have constitutional rights.

In the Hobby Lobby case, the owners of the craft store chain make the same mistake. The owners claim that their personal religious beliefs would be offended if they have to provide certain forms of birth control coverage to employees. Yet Hobby Lobby’s owners aren’t required by the law to do anything. The legal duty falls on Hobby Lobby, the company, not its owners. If Hobby Lobby fails to provide the required insurance, the company, not the owners, is responsible.

What the owners want is for the Supreme Court to “pierce the corporate veil”—legalese for looking behind the corporation’s legal identity and basing a ruling on the interests and desires of the owners of the firm. But Hobby Lobby’s owners only want to pierce the veil for this one issue. They want the court to vindicate their personal beliefs on birth control, yet they still keep the protections of the corporate form for everything else, including limited liability.

Hobby Lobby should only have the rights of legal personhood that are essential for its operations. As legendary Supreme Court Chief Justice John Marshall wrote nearly 200 years ago, “Being the mere creature of law,” the corporation “possesses only those properties which the charter of its creation confers upon it either expressly or as incidental to its very existence.” Perhaps that includes some limited speech rights, as we ordinarily expect firms to advertise and communicate with employees and customers. Yet religious liberty is not one of those rights. Hobby Lobby is a for-profit corporation whose business doesn’t require it to have religious freedom. In fact, granting Hobby Lobby an exemption from providing contraception coverage, a requirement that applies to other companies, would make the firm less attractive to potential employees.

Religious liberty is certainly appropriate for some not-for-profit corporations, like churches or nonprofits with a religious mission. If Hobby Lobby’s owners wanted to form such an organization, there was a convenient and readily available option: They could have incorporated as a nonprofit. They wouldn’t be able to make the same kind of money, but they’d have a corporation with an explicitly religious mission. And under the Affordable Care Act, they’d be exempted from the birth control requirement.