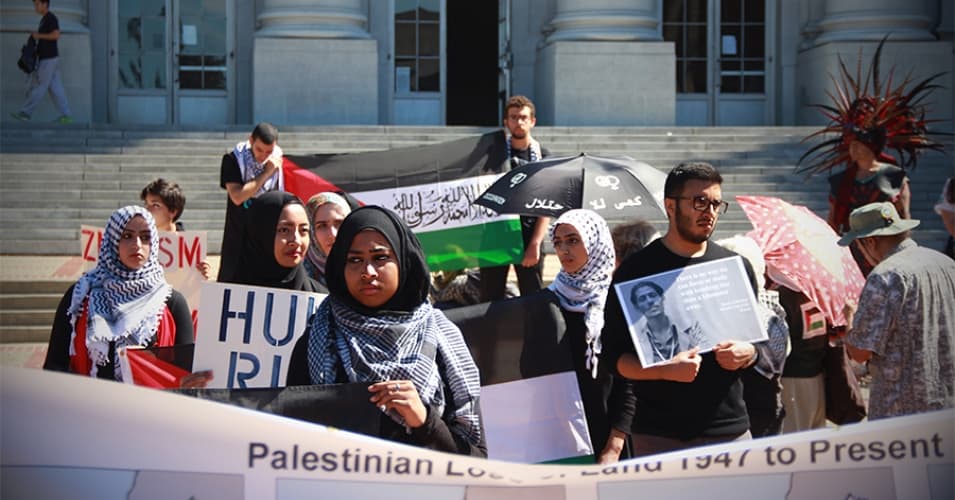 The principle of academic freedom at our universities is under attack by those seeking to shield Israel from criticism by silencing dissent, shutting down discussion and imposing a stifling atmosphere of intimidation at the University of California, in particular.

A coordinated set of petitions, including a letter signed by 57 rabbis, asks UC administrators to adopt the State Department’s definition of anti-Semitism as a means to “accurately identify” and “publicly condemn” it in campus debate, protest and discussion. That problematic definition conflates principled criticism of Israeli policies with genuine anti-Semitism; if the university accedes to this demand, such criticism — and academic freedom — could be suppressed by administrative fiat.

The State Department definition explicitly draws on a formulation provisionally adopted by a European Union body but long since discarded. It stretches the concept of anti-Semitism to include “demonizing” Israel, comparing Israeli policy to that of the Nazis and “denying Israel the right to exist.”

Such emotionally charged language attempts to preempt criticism of Israeli policies. It codifies the kind of rhetorical jujitsu in defense of Israel we already see on campus: When a speaker or a writer calls into question any of a range of Israeli policies (for example, maintaining a perpetual military occupation in the West Bank, segregating housing along racial lines, systematically bulldozing Palestinian homes, bombing civilians in Gaza), the response is not an attempt to produce a rational counter-argument by mustering facts or data, but rather an immediate descent into shrill accusations of “demonization” and “delegitimization” followed, inevitably, by character assassination.

Having lost the actual arguments, Israel’s defenders have now declared war on argument itself.

According to the State Department definition, a Palestinian student claiming the right to return to her homeland could be considered to be “denying Israel’s right to exist,” given the demographic implications of the Palestinian right of return for the Jewish state. A professor daring to suggest that Israel should be, like the U.S., the state of all its citizens — liberal, secular and multicultural — rather than that of just one ethnicity could be similarly censured. And anyone calling for a boycott of Israel could be accused of “demonizing” it by singling it out (as though all the world’s problems have to be addressed before we can focus on Israel). Rather than constituting positions with which one might agree or disagree, these ideas could be marked for censorship and punishment.

In fact, the defenders of Israel on campus are in deep trouble, not because student well-being is at risk but because the rickety assemblage of distortions and myths used to justify support for Israeli policies can’t withstand scholarly scrutiny. Having lost the actual arguments, Israel’s defenders have now declared war on argument itself.

What we witness in campus debates over Israel and the Palestinians is an increasingly lopsided affair. While one side draws on historical evidence, international law and United Nations documentation, the other complains that all this makes them feel “threatened” and “uncomfortable.”

Scholarship is not validated by how it makes us feel, however, but by the extent to which it stands up to reason and evidence. To prioritize feelings over arguments — and to police arguments to safeguard feelings — constitutes a dire threat to academic and intellectual freedom, not least because of the mobilization of outside political forces to intervene in on-campus discussions.

To date, the campaign to tarnish criticism of Israeli policy as “anti-Semitism” has failed. A 2011 lawsuit brought against UC Berkeley, which claimed that activities of groups including Students for Justice in Palestine “threaten and endanger the health and safety of the University of California’s Jewish students,” was dismissed out of hand by a federal judge.

Similar earlier complaints against Berkeley, UC Irvine and UC Santa Cruz were filed with the Department of Education’s Office of Civil Rights; all were dismissed after an examination of the allegations. The government, in response to the complaint against Berkeley, concluded that “exposure to such robust and discordant expressions, even when personally offensive and hurtful, is a circumstance that a reasonable student in higher education may experience.”

Indeed, removing students from their intellectual comfort zones — rather than merely reinforcing prior beliefs — is one reason universities exist.

That seems not to concern Israel’s defenders, however. Mobilizing outside forces, trying to impose governmental rather than academic criteria on the university, calling for state legislation (there is now a non-binding resolution before the California Senate parroting their demands) and seeking administrative control over campus discussions, may, if successful, temporarily help shield Israel. But such measures would be catastrophic for the university, its faculty and students.

Saree Makdisi, a professor of English and comparative literature at UCLA, is the author of “Making England Western: Occidentalism, Race and Imperial Culture.”