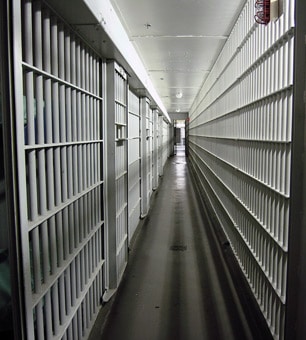 Reflecting the influence of big donors and corporate interests on the Trump administration, Attorney General Jeff Sessions on Thursday rescinded the Department of Justice’s (DOJ) 2016 directive to scale back the use of for-profit, private prisons.

In a one-page memo to the acting head of the Bureau of Prisons (BOP), Sessions wrote that the August 2016 guidance from former deputy Attorney General Sally Yates—praised at the time as “an important and groundbreaking decision”—would hinder the bureau’s “ability to meet the future needs of the federal correctional system.”

Sessions instructed the BOP to “return to its previous approach,” though that approach was deemed as flawed and dangerous by multiple advocacy groups as well as the department’s own Inspector General last year. The ACLU called the memo “a further sign that under President [Donald] Trump and Attorney General Sessions, the United States may be headed for a new federal prison boom.”

Experts predicted that private prisons would experience a “comeback” under Trump, with the Brennan Center for Justice’s Lauren-Brooke Eisen writing in January that the president’s “racially charged law-and-order rhetoric, and his promise to deport or incarcerate millions of immigrants—with the help of a like-minded attorney general, Jeff Sessions—have breathed new life into the industry.”

Now, those predictions have come to pass, with reports of private prison stocks soaring in the wake of Sessions’ announcement as well as directives from the Department of Homeland Security earlier this week that called for the construction of new jails along the southern border to hold an influx of undocumented detainees.

For-profit prison companies appear to be getting what they paid for.

That’s on top of the $225,000 that a company subsidiary donated to a super PAC that spent some $22 million to help elect the real-estate magnate. Another prison operator, CoreCivic, gave $250,000 to support Trump’s inauguration, recently filed congressional reports show.

The International Business Times added in its reporting:

GEO and [CoreCivic] have also given more than $1.6 million to the Republican Governors Association, which bankrolled Vice President Mike Pence’s gubernatorial campaigns in Indiana.

The swampishness led Sen. Bernie Sanders (I-Vt.) to issue a blistering statement, in which he declared: “This is how our corrupt political and campaign finance system works.”

“Private prison companies invested hundreds of thousands of dollars in Donald Trump’s presidential campaign and today they got their reward,” he said Thursday. “At a time when we already have more people behind bars than any other country, Trump just opened the floodgates for private prisons to make huge profits by building more prisons and keeping even more Americans in jail. […] Corporations should not be profiting by incarcerating our fellow Americans.”

Money-in-politics watchdog Every Voice was similarly scathing in its response. “The Trump Administration’s decision to reward the president’s big campaign donors with fat government contracts for these companies, goes to show that the president is willing to put the interests of corporations and the wealthy ahead of sound public policy,” said the group’s president and CEO David Donnelly. “This is an about face from his promise to drain the swamp of wealthy special interests and reduce the power of big donors in Washington.”