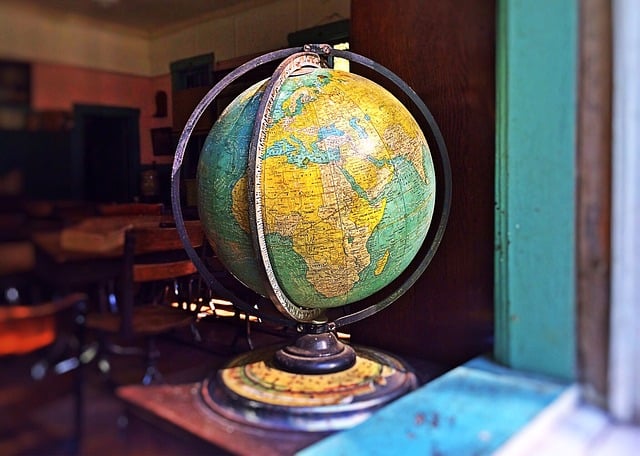 Latoya and Jalesa, both 26, grew up on the west side of Chicago, attending Calhoun Public School during the day and stepping across the street to Marillac Social Center for after-school programs. They lived in a tough neighborhood. Latoya said the summer gunshots came as often as the sound of ice-cream truck bells in the suburbs. But everyone knew each other on those two blocks; kids walked together, to and from school and in the evenings. Parents—most of whom had gone to Calhoun—also knew each other, often through volunteer work at the social center.

In 2013 Calhoun was one of 50 schools closed by Mayor Rahm Emanuel. It was shut down despite a committee recommendation that it remain open. Jalesa and Latoya, who still work at the center as they pursue other career interests, said the children are scattered now. Most of them take buses to a variety of public and charter schools outside the once-intimate neighborhood. Some have to walk a few blocks, some have to cross busy streets. None of them gather together before and after school, as they used to do on the grounds of Calhoun.

K-12 Education is Getting Worse

SAT scores in 2015 were the lowest since the test was revised in 2005. Math scores for fourth-graders and eighth-graders dropped for the first time since the tests were first administered in 1990.

The unsatisfactory results, according to the Washington Post, “reflect a troubling shortcoming of education-reform efforts.”

Technology-based instruction is apparently doing more harm than good. Ananalysis of “Programme for International Student Assessment” (PISA) scores led to the conclusion that “While PISA results suggest that limited use of computers at school may be better than not using computers at all, using them more intensively than the current OECD average tends to be associated with significantly poorer student performance.” The American Statistical Associationcautioned against the use of standardized student test scores for teacher evaluations. Online instruction, not surprisingly, is likely the worst form of schooling, as suggested by Stanford’s CREDO researchers: “Innovative new research suggests that students of online charter schools had significantly weaker academic performance in math and reading, compared with their counterparts in conventional schools.”

Charter schools generally perform no better than public schools, as summarized by the nonpartisan Spencer Foundation and Public Agenda: “There is very little evidence that charter and traditional public schools differ meaningfully in their average impact on students’ standardized test performance.” Yet in at least three ways charters undermine and debase the educational system that they profess to serve:

1. Committing Fraud: In 2015 they wasted an estimated $1.4 billion of taxpayer money through “financial fraud, waste, abuse, and mismanagement.”

2. Lacking Transparency: The Center for Media and Democracy calls them a “black hole” into which the federal government has dumped an outrageous $3.7 billion over two decades with little accountability to the public.

3. Discarding Students: Prominent New York charter network Success Academy has frequently been accused of “counseling out” students who are low-performing or disruptive or otherwise difficult to teach. Even worse are charters that shut down, stranding hundreds of students, while their business operators can just move on to their next project. Nearly 2,500 charter schools closed their doors from 2001 to 2013, leaving over a quarter of a million kids temporarily without a school.

The National Bureau of Economic Research found that a 10 percent increase in per-pupil spending leads to higher earnings and less poverty for children from poor families. The Shanker Institute concurs, concluding from several studies that “On average, aggregate measures of per-pupil spending are positively associated with improved or higher student outcomes.”

Yet public education is NOT being supported. The Center on Budget and Policy Priorities (CBPP) recently stated: “Most states provide less support per student for elementary and secondary schools—in some cases, much less—than before the Great Recession…Worse, some states are still cutting eight years after the recession took hold.”

Most damaging may be the cutbacks to pre-school programs, which have beenshown by numerous studies to provide the social and emotional foundations for lifelong skills, and for higher earnings, especially for disadvantaged children. In 2013 Head Start was hit with the worst cutbacks in its history.

No, we’re not Finland. But we can learn from them. The schools in that country were once considered mediocre at best, but they’ve achieved a remarkableturnaround by focusing on teachers rather than on testing and technology. Government funding is applied equally to all schools, and classes in the arts are available to all students, and as a result, Finnish students finish at or near the topof international comparisons for literacy and math.

The 1966 Coleman Report, widely considered the most important education study of the 20th century, concluded that “academic achievement was less related to the quality of a student’s school, and more related to the social composition of the school, the student’s sense of control of his environment and future, the verbal skills of teachers, and the student’s family background.”

The key word is “social.” Even free-market economist Milton Friedman once stepped out of character and agreed: “We have always been proud, and with good reason, of the widespread availability of schooling to all and the role that public schooling has played in…enabling people from different cultural and religious backgrounds to live together in harmony.”

Children aren’t products to be bought and sold. The profit motive should end at the front door of the public school.