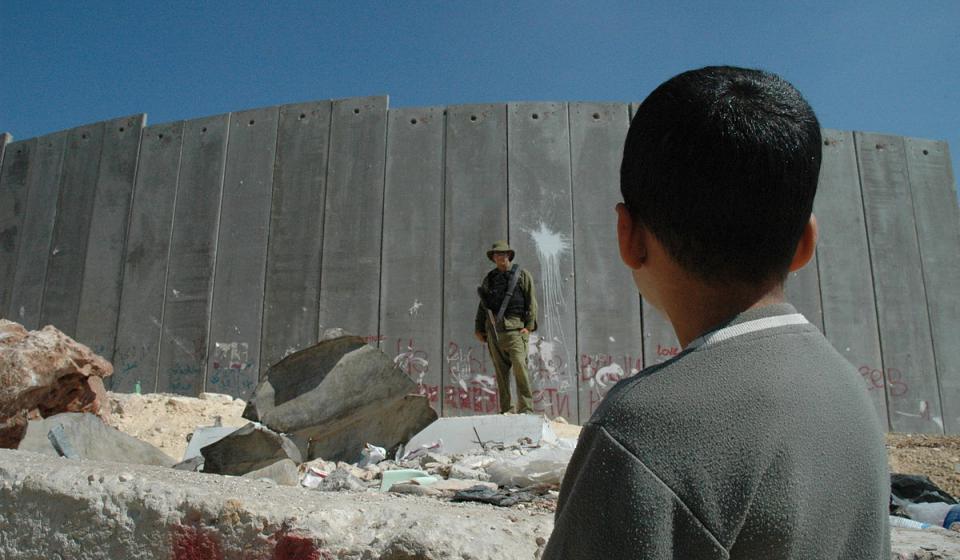 Israeli prime minister Netanyahu’s October 20 speech claiming that Hitler had not planned to exterminate Jews until a prominent Palestinian cleric pressured him to do so, while outrageous, is consistent with the longstanding narrative of the right-wing government and its U.S. supporters.

As everyone from the German government to leading Israeli historians have noted, the charge that Grand Mufti Haj Amin al-Husseini was responsible for the Holocaust is ludicrous. Not only is there no record of such an exchange between the two, the meeting took place in late November 1941, four months after the “Final Solution” had been formally authorized. By that time, nearly one million Jews—primarily from Poland, Lithuania, Ukraine, Serbia, and Russia–had already been murdered.

Netanyahu’s goal in making such extremist remarks, in the immediate term, was to validate his insistence that the recent attacks on Israeli civilians by Palestinians stemmed not from retaliation for the larger number of killings of Palestinian civilians by Israelis, as leading Israeli security analysts have noted, nor from the frustrations over nearly fifty years of Israeli occupation, colonization, and repression. To the Israeli leader, the attacks are simply a result of a centuries-old hatred of the Jews.

Regardless of the motivation, the stabbings and shootings of this past month of eight Israelis—including both settlers in the occupied West Bank and within Israel itself—is certainly horrific and can never be justified.

However, during this same period, 57 Palestinians, including 13 children and a pregnant woman, have been killed by Israeli police, soldiers, or vigilantes. Some of the Palestinians killed were engaged in stabbings or stabbing attempts, though in a number of cases eyewitnesses insisted otherwise. In one incident, a man engaging in suspicious behavior killed by Israeli police was labeled a “terrorist,” but the government immediately dropped the label as soon as they discovered he was actually an Israeli Jew.

While other Palestinians were shot dead while engaging in violent protests, the majority of those killed appear to have not been involved in any violent or threatening activities. Among them was physician, Hebron community leader, and human rights activist Hesham Azzeh, an advocate of nonviolent resistance who had worked with both Israeli and international peace groups.

Meanwhile, in the United States, Hillary Clinton and members of Congress from both parties have gone on record condemning the killing of Israeli civilians by Palestinians, but not the larger number of Palestinian civilians by Israelis.

Leading Democrats on Capitol Hill have joined their Republican colleagues in demanding that Palestinian President Mahmoud Abbas prevent the ongoing attacks against Israelis, despite the fact that the vast majority of them have been committed by Palestinians living in areas under exclusive Israeli control.  Indeed, Israeli intelligence has noted that not only is there no evidence suggesting that President Abbas is inciting such attacks, but that he has directed his security forces to try to prevent any attacks from within territory under their jurisdiction.

The larger motivation behind Netanyahu’s ahistorical claims about the Holocaust appears to be part of his long-term strategy of portraying the Palestinian nationalist movement as little more than an effort by irrational fanatics to exterminate the Jews.  This is why the rightist prime minister insists he cannot make peace. Indeed, in a speech on Monday regarding the West Bank, he reiterated his insistence that “we need to control all of the territory for the foreseeable future.”

Meanwhile, President Abbas, the recognized Palestinian government, the Palestine Liberation Organization, and the ruling Fatah party all remain on record accepting Israel’s right to exist with strict security guarantees on 78% of historic Palestine, but simply demanding an end of the occupation and colonization of the remaining 22% seized by Israel in the 1967 war.

It is this kind of moderation which makes it difficult for Israel to continue its refusal to make the necessary compromises for peace. This is why Netanyahu and his American supporters need to blame the violence exclusively on those under occupation, convince the public that Arabs and Muslims simply want the Jews annihilated, and frighten Israelis into rejecting Palestinian offers for peace.