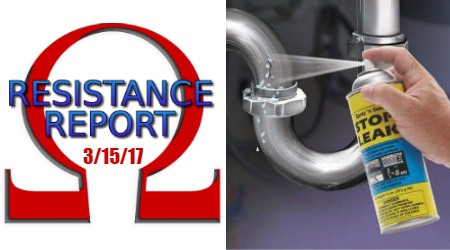 “Our new Constitution is now established, and has an appearance that promises permanency; but in this world nothing can be said to be certain, except death and taxes.” — Benjamin Franklin, in a letter to Jean-Baptiste Leroy, 1789

Old Ben aside, under the Trump Regime, we can’t be sure of anything. And that goes double for Trump’s taxes. The leaked, very partial copy of Trump’s 2005 tax return painted a very rosy picture for Trump. Suspiciously so.

The documents could possibly have come from Trump himself, or someone acting at his direction. The theory is far from implausible. For one thing, the leak didn’t include the bulk of Trump’s tax return or the supporting appendices. These materials would have provided information about any loans he had taken out and details of any income he received from overseas. It is also curious that the return is for 2005, which was a particularly good year for Trump’s business.

The tax return unveiled on The Rachel Maddow Show suggests Republican tax reform efforts won’t just benefit Donald Trump the way they benefit all rich people. He would be helped an unusual amount, owing to the particulars of his tax situation.

Natasha Betrans, Business Insider: Trump’s team and his supporters are taking a victory lap over his leaked tax returns

Trump’s son was not the only one reveling in Maddow’s rollout of the story. Former Arkansas Gov. Mike Huckabee, the right-wing Twitter personality Mike Cernovich, Fox News’ Sean Hannity, the pro-Trump commentator Bill Mitchell, and the right-leaning Drudge Report were among those taking victory laps on Tuesday night. “Think about calculus of leaker if he/she is hostile to Trump,” Noam Scheiber, a New York Times reporter, tweeted on Tuesday. “Im going to leak tax return showing he paid… $38m in 05? What’s that do for u?”