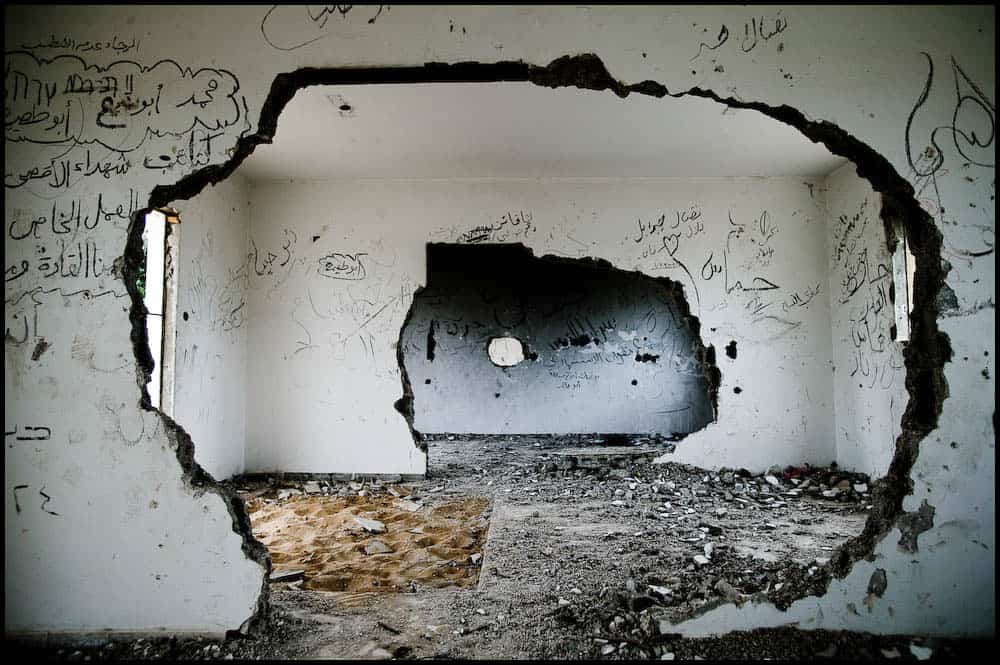 Throw an old dog a bone and sure enough, he’ll go chasing after it. So it is with “Palestine’s” request to join the International Criminal Court. An obvious attempt by Mahmoud Abbas to try Israel for war crimes in Gaza this year, we are told.

Or maybe a “two-edged sword” – yawns are permitted for such clichés – which could also put Hamas “in the dock”. Israel was outraged. The US was “strongly opposed” to such a dastardly request by the elderly potentate who thinks he rules a state which doesn’t even exist.

But hold on a moment. That isn’t the story, is it? Surely the real narrative is totally different. The BBC didn’t get this. Nor CNN. Nor even Al Jazeera. But surely the most significant event of all is that the descendants of the PLO – excoriated only a quarter of a century ago as the most dangerous “terrorist” organisation in the world, its mendacious leader Yasser Arafat branded “our Bin Laden” by Israel’s mendacious leader Ariel Sharon – actually wants TO ABIDE BY INTERNATIONAL LAW!

Heavens preserve us from such a thought, but these chappies – after all their past calls for Israel’s extinction, after all the suicide bombings and intifadas – are asking to join one of the most prestigious judicial bodies on earth. For years, the Palestinians have demanded justice. They went to the international court in The Hague to have Israel’s apartheid wall dismantled – they even won, and Israel didn’t give a hoot. Any sane Palestinian, you might think, would long ago have turned his or her back on such peaceful initiatives.

Yet still these wretched Palestinians persist, after this most humiliating of insults, in resorting to international law to resolve their conflict with Israel. Here they go again, dutifully seeking membership of the International Criminal Court. Will these Arabs never learn?

And of course, the Americans are threatening to punish such effrontery. Stop those millions of dollars in aid to the Palestinians. Stand by Israel’s refusal to accept any such approach to the International Criminal Court by “Palestine”. The EU – especially Britain and France – have gone along with this tosh. Israel has already decided to stop more than £80m in tax owed to the Palestinian authority.

The US State Department’s spokesman told us that his government is “deeply troubled” by the Palestinian application. It is “entirely counterproductive”, he informed the world. It does “nothing to further the aspirations of the Palestinian people for a sovereign state” – though one might have thought that membership of so august a judicial body would have done a lot to persuade the world that Palestinians were ready to shoulder all the burdens of statehood.

After all, the Palestinians would indeed have to abide by international law and – if the law applied retrospectively – they would have to carry the burden of opprobrium themselves for both Hamas crimes and past PLO murders. The United States, of course – and this fact oddly did not feature in the flurry of news reports on “Palestine’s” request to join – has itself refused to join the International Criminal Court. And with good reason; because, like the Israelis – although this is not quite how the whole fandango was explained to us – Washington is also worried that its soldiers and government officials will be arraigned for war crimes. Think waterboarding, Abu Ghraib, the report on CIA torture…

No wonder Jeffrey Rathke, the windbag who speaks for the State Department, says that the Palestinian request “badly damages the atmosphere” with Israel, “undermines trust” and “creates doubts about their (Palestinian) commitment to a negotiated peace”. And remember, Abbas only made his request after America had voted against – it has previously used its veto more than 40 times on Israel’s behalf to reject Palestine’s self-determination since 1975 – a UN Security Council resolution to end Israel’s occupation of Palestinian land by 2017.

But of course, what this whole kerfuffle is really about is quite simple. The world is tired of witnessing the suffering of Palestinians. Those with an ounce of human sympathy are sickened at being slandered as anti-Semitic or anti-Zionist (whatever that is) every time they express their outrage at Israel’s cruelty towards the Palestinians.

Killing more than 2,000 Palestinians last summer, hundreds of them children, was a mass slaughter. We’ve watched this grotesquerie so many times now – in Gaza, for the most part – that even our statistics have become spattered with blood.

Who now recalls the fatalities of the 2008-9 Gaza war? One thousand four hundred and seventeen Palestinians dead, 313 of them children, more than 5,500 wounded. That was the conflict upon which President-elect Obama had no comment to make.

And who knows what other gory Pandora’s box ICC membership would open? That bomber pilot who in 2002 killed 15 civilians, 11 of them children, in a Gaza apartment block to assassinate a Hamas official, for example? Wouldn’t that constitute a war crime? Don’t these outrages “damage the atmosphere” and “undermine trust”. Were these bloodbaths not “entirely counterproductive”? And the Jewish colonisation of the occupied West Bank?

Sure, bang up those behind Hamas and Islamic Jihad suicide attacks for war crimes. Get the Palestinian Authority thugs who torture and murder their own prisoners. But that’s not what Israel and the US are worried about. They are concerned that, after months of arguing and rowing and delving through thousands of documents, jurists may decide that Israel – horror of horror – may have to answer for itself before international justice, something which no routine US veto could prevent.

I can only think of two phrases that fit the bill for this scandal of the West’s politicians. Confound their politics. Frustrate their knavish tricks.

The impasse in the Middle East in a nutshell

Apropos of which… Avi Shlaim, among the finest of Israeli historians, has just brought out a new edition of his great work The Iron Wall: Israel and the Arab World. “The prospect of a real change in American foreign policy looks slim to non-existent,” he writes. “Nor is there at present any evidence to suggest that Israel’s leaders are remotely interested in a genuine two-state solution… They seem oblivious to the damage that the occupation is doing to their society and to the reputation of their country abroad.” That’s it in a nutshell, isn’t it?