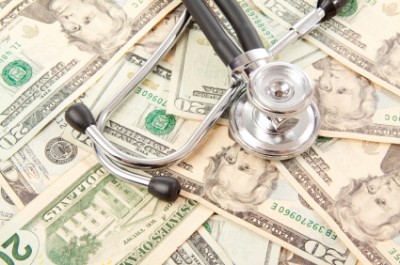 His eyes were clear and his stare intense as one young man who stopped at our booth at the Colorado State Fair argued with me about whether or not health care is a right or a privilege in this country. Actually, he wasn’t arguing with as much as he was lecturing me. He fired questions at me as fast as he could and then didn’t wait for me to respond before shrugging his shoulders and gritting his teeth.

His questions were all the typical ones that many of us who try to educate around the issue of an improved and expanded Medicare for all for life system hear over and over again. “How will you pay for it? Why should someone who doesn’t work as hard as I have get the same health care that I do? Hasn’t Communism been tried already and failed? ” This young man also told me he works for the Federal prison system and he knows what he is talking about. He sees lazy people whose loved ones are in prison sit on welfare, he said, and then these lazy people load their welfare dollars on their inmate’s prison spending accounts. Those welfare dollars, he continued, that he has paid for with his hard work and taxes, then go to buy candy bars and other junk food for the inmates. He then said he doesn’t think giving people the same health care benefits that he has had to work so hard to provide for his family is fair.

Finally, I got in a question. “What do you think is right to do then? When someone gets sick or hurt and lacks insurance or cash to pay for care, should they just die?” He didn’t answer in words, just shrugged his shoulders again and smiled.

The conversation haunts me. Not only was I lectured to about the conditions in society that one public servant feels so strongly about that he would berate a volunteer organizer for health care justice, but I also heard and saw very clearly that if this man had his way, people like me and my husband would indeed just go broke and/or die when the insurance premiums and other out-of-pocket costs got too high for us to pay. I have heard that before, so that wasn’t the haunting for me. It was the internalizing later of the knowledge that there are people in my own family who feel the same way. There are neighbors on my block too who just think people “like me” are expendable. I could argue from now until forever that I have worked hard since I was 12 years old and babysitting four or five nights a week, and worked through my husband’s open heart surgeries, slept in my car to be near him in the hospital, worked while sick with cancer so I could keep our benefits paid, put up with abusive bosses and discrimination and worse just to stay financially afloat, and it wouldn’t matter. It hurts to my core today, this Labor Day.

I also wondered for this young man who argued with me at the State Fair what would happen if his dreams came true and all who are lazy (from his point of view) were just to suffer and die. Surely our numbers of health care dead and broke would soar even higher. But who would do his grunt work? Who would serve up his fast food meals or ring up his WalMart purchases? Who would be left that lived up to his standards and was worthy to be as blessed as he has been in life? Does he really think these people work less hard than he does? Sadly, he probably does.

Tomorrow or whenever the haunting feeling of being so reviled by my some of my own family members and neighbors subsides, I’ll rise up again. But for today, I think I’ll consider my options. Death will come someday. And today I think that sounds pretty OK. That’s what a selfish society looks like, folks. People lose hope and blame themselves. Then maybe they get angry and rise up or maybe they just die. Is that what we really want for one another?