What Will It Take To Surpass The Paris Climate Agreement? 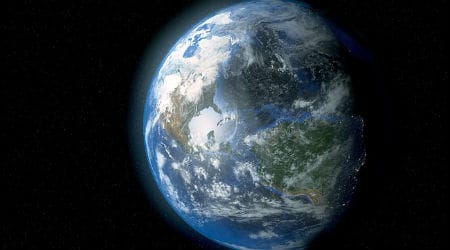 I noted on Wednesday that while the Paris climate agreement, to be signed by 155 nations Friday in honor of Earth Day, may be too little, it is not too late. The agreement creates a critical global commitment to combating climate change, sets the stage for an initial round of carbon pollution cuts and establishes a framework for action that can be built upon over time. (Climate Interactive gives some insight as to how the “ratchet” mechanism can work.)

But how do we finish the job? What will take to go beyond the initial carbon cutting pledges and ensure we limit the global temperature rise to 2˚C?

As has been discussed on OurFuture.org before, economist Robert Pollin has laid out a concrete game plan in his book “Greening The Global Economy.”

Pollin calculates that the world needs to annually invest between 1.5 and 2 percent global GDP in renewable energy and energy efficiency to stabilize global temperatures, which amounts to $1.5 trillion. Worldwide, we currently spend about $450 billion, leaving us about $1 trillion, annually, in the hole.

But Pollin makes the case that ramping up that investment is money well spent. Investing 1.5 percent of GDP in America would create 1.5 million clean energy jobs, and a net increase of 650,000 after accounting for fossil fuel job losses. In China and India, countries that have been resistant to aggressive emissions cuts, the bang for the buck is far greater (mainly because of lower wages). China would see a net job increase of 6.4 million, India 5.7 million.

A critical element of the Pollin plan is investing that money in currently available technology and making it more accessible and affordable. Pollin contends that we already have the tools to sufficiently reduce greenhouse gas emissions; there is no need to lose precious time waiting for a so-called game-changer.

Of course, winning the commitment to spend the necessary amount on clean energy generation and energy efficiency will be as massive a political fight as the price tag. But knowing what to aim for is half the battle.