What the Criminal Referral of Trump Means – A Constitutional Law Expert Explains the Jan. 6 Committee Action 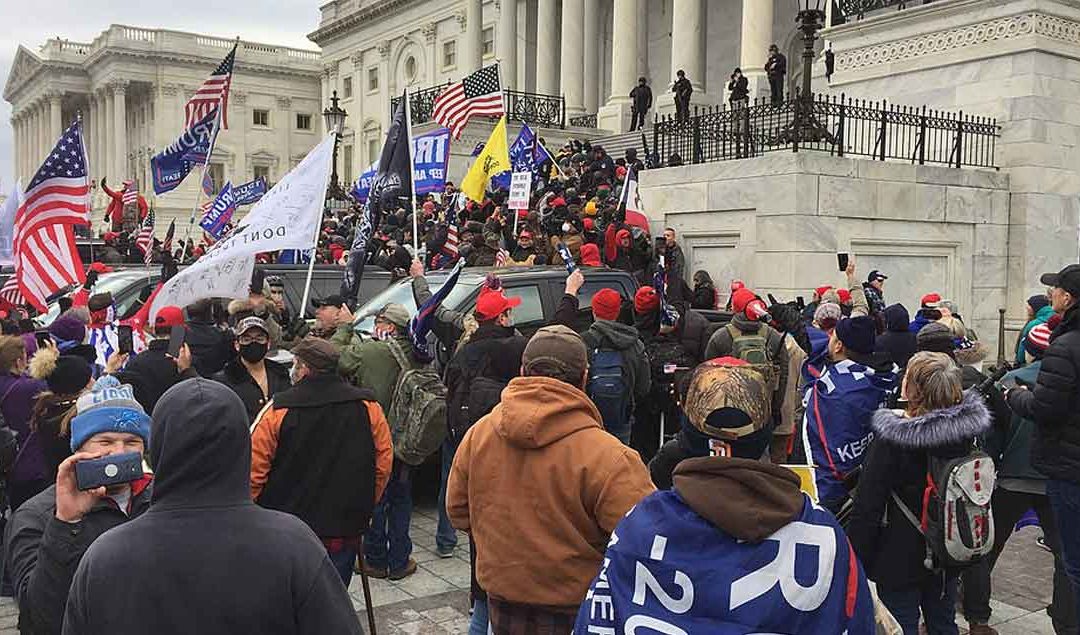 The House committee’s message of accountability – that if the nation is to consider itself to be a democracy that works there must be accountability for Trump and others – was made very powerfully.

After 18 months investigating, the House Select Committee to Investigate the January 6 Attack on the United States Capitol held its final public meeting on Dec. 19, 2022. The panel recommended that the U.S. Department of Justice bring criminal charges against former President Donald Trump for his efforts to overturn the 2020 presidential election results.

The House committee recommended that the Justice Department pursue four main charges against Trump – obstruction of an official proceeding, conspiracy to defraud the U.S., conspiracy to make a false statement and inciting or assisting an insurrection. The committee also recommended that the House Ethics Committee sanction four Republican members of Congress who refused the committee’s subpoena requests to provide information about the events of Jan. 6.

But what does that all mean? The Conversation asked Margaret Russell, professor of constitutional law at Santa Clara University, to help explain why these recommended charges are important, where they fall short – and what could come next.

1. What are the biggest takeaways from these referrals?

People have wondered whether the proceedings would have any strong result. Now it is clear that the committee does not see these proceedings as primarily about making a historical record. They have done more than that.

One big takeaway is that Trump is at the top of the pile. When the proceedings began it was not clear – though many people suspected and alleged – how much he knew, when he knew it, what he said before Jan. 6, what he knew and said before the election’s certification, and whether he knew he really had not won the election. It is now clear Trump was the architect of most of this conspiracy – and the committee is urging specific accountability for him and other people who played a part in it.

It is also interesting to think about the committee urging criminal prosecution. It really means it reached the brink. This bipartisan committee, which comprised seven Democrats and two Republicans, decided unanimously that backing away from criminal charges would be a dereliction of its duty to recommend, based on what it has found. Committee members are not telling the Department of Justice what it has to do – they can’t. But in their investigatory role they concluded that in order for there to be accountability, they needed to recommend charges.

2. Do these referrals have any legal teeth?

The magnitude of these recommended charges, particularly the insurrection one, is unprecedented. Rather than saying they don’t have legal teeth, I think they certainly have very strong teeth in the sense of urging the Department of Justice to make sure that there is accountability. Accountability is a word that jumped out to me in committee members’ statements on Dec. 19 – there must be accountability, even though this committee, of course, cannot force the Department of Justice to do anything.

The charges, of trying to overthrow the government, essentially, go right to the heart of the Constitution. There is no historical precedent for this. The Justice Department’s determination to pursue the referrals would depend on the validity of the House commitee’s findings. And since the department has been doing its own investigation of Trump, it wouldn’t be starting from ground zero. The committee’s work could be added to what it has.

3. Will the new GOP Congress have any say in these referrals?

Now that the report has been handed over and the referrals made, I would imagine the Department of Justice will start considering it. And, so, when there is a difference in leadership of the House there won’t be any way to undo it. The House can conduct its own investigations, but it cannot stop the Department of Justice and it cannot undo this report and its recommendations. Attorney General Merrick Garland has clearly sent a message that the department he runs is not influenced by outside factors. And he has tried to insulate any prosecutions from accusations of political influence by appointing a special counsel to oversee the Trump investigations.

4. Were lawmakers who ignored the subpoenas legally required to obey the committee’s request for testimony?

I think the answer is yes. The Constitution (Article I, Section 5) states that each chamber makes its own rules that bind its members. The Supreme Court has underscored this constitutional power as well as the legal legitimacy of the congressional subpoena. The consequences of ignoring a congressional subpoena might ultimately wind up within the purview of the Ethics Committee, but there are consequences.

5. Does the House committee’s report increase the likelihood that Trump will be charged?

I think it makes a strong argument in the public sphere for the prosecution of Trump, which is what a lot of people have been waiting for. It doesn’t guarantee a prosecution, but it spells out, I think meticulously, why Trump is included in this and at the forefront.

The House committee’s message of accountability – that if the nation is to consider itself to be a democracy that works there must be accountability for Trump and others – was made very powerfully. As committee member Adam Schiff said on Dec. 19, “I think the day we start giving passes to presidents or former presidents or people of power or influence is the day we can say that this was the beginning of the end of our democracy.”