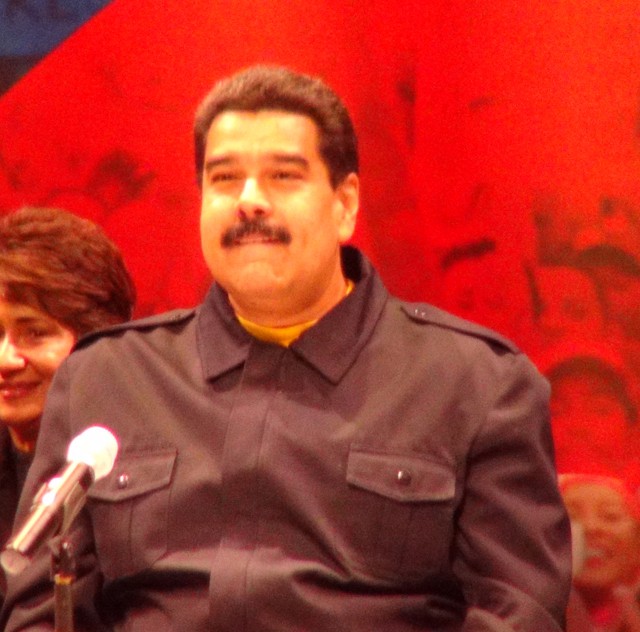 Venezuela’s opposition has won a large majority of the country’s legislature, or National Assembly, for the first time in 16 years. Many observers in Washington see this as a tipping point for Venezuelan politics.

What are we to make of this development? First, an endless stream of news articles, newspaper editorials and proclamations — such as from the secretary general of the Organization of American States (OAS) — denouncing the Venezuelan electoral process and insisting on “credible” election monitors (by which they meant OAS monitors beholden to Washington) were wrong. Quoting out-of-context remarks from Venezuelan President Nicolás Maduro and adding other misleading statements, inaccuracies about “gerrymandering,” and more, they created a fear that the government would not accept the results if it lost.

But less than seven hours after the polls closed, the results were announced, and the president accepted them without qualification or hesitation, and with a certain pride — which many Venezuelans share — that their highly secure, safeguarded system worked. Maduro had alsosigned a pledge prior to the election to respect the results, and requested — unsuccessfully — for the opposition to do the same, as had often happened in the past.

The opposition got their message out and their voters to the polls, which is not surprising, given the state of the economy and the resources of the opposition. They still have most of the wealth and income of the country, they get millions of dollars from the U.S. government and they receive a lot of media coverage, too. Data from the Carter Center for the 2013 presidential election, for example, show that the opposition candidate got more TV coverage than the government candidate, and more of that coverage was favorable. They also have a huge advantage in social media. It is difficult to argue it both ways: that Venezuela does not have free or fair elections, voters are intimidated, etc., and then explain a landslide opposition victory like this one.

So the Venezuelan political system, with all its flaws, is much more democratic than the conventional wisdom has maintained. Now, what about the future? If the opposition gets a two-thirds majority of seats (112 or more), it would have important powers, such as the ability to remove Supreme Court judges, censure the vice president and call an assembly to propose changes to the constitution.

However, the opposition has more than 20 political parties and many divisions. It is possible that the government will be able to get some opposition legislators to vote with it in the National Assembly, so that it can continue governing until the next presidential election in 2018.

If that is the case, from the government’s standpoint, the election will not have changed much. The key issue for its continued political survival will still be the economy. There is triple-digit inflation, widespread shortages of consumer goods, a recession, low oil prices, non-working price controls and a dysfunctional exchange rate system that is at the heart of the country’s economic mess. This is obviously why the government lost the National Assembly. So, as before the election, if the government does not fix this mess, the Chavistas will lose power; if they do fix it, they will probably do OK.

Opposition leaders will still face the same choice they have faced for the past 16 years: Do they want to participate in the political system, or simply vanquish their enemies, the Chavistas? From 1999 to 2003, they had what opposition leader Teodoro Petkoff called a “strategy of military takeover,” including the 2002 U.S.-backed military coup and the 2002–2003 oil strike. But in the past decade, they have repeatedly gone back and forth between insurrectionary and electoral strategies. In 2013, they lost the presidential elections and refused the accept the results, taking to the streets with violent demonstrations; and last year, a part of the opposition led by Leopoldo López and María Corina Machado also opted for violent street demonstrations aimed at “La Salida” — or “the exit” — of the government.

The opposition’s victory could give the more moderate elements a leg up on their extremist partners to move the country toward a more normal, less polarized political process. The government now clearly has a new incentive to do the same. That would certainly be the best for the country, which faces serious challenges ahead in fixing the economy.