Welcome to the Share-the-Scraps Economy 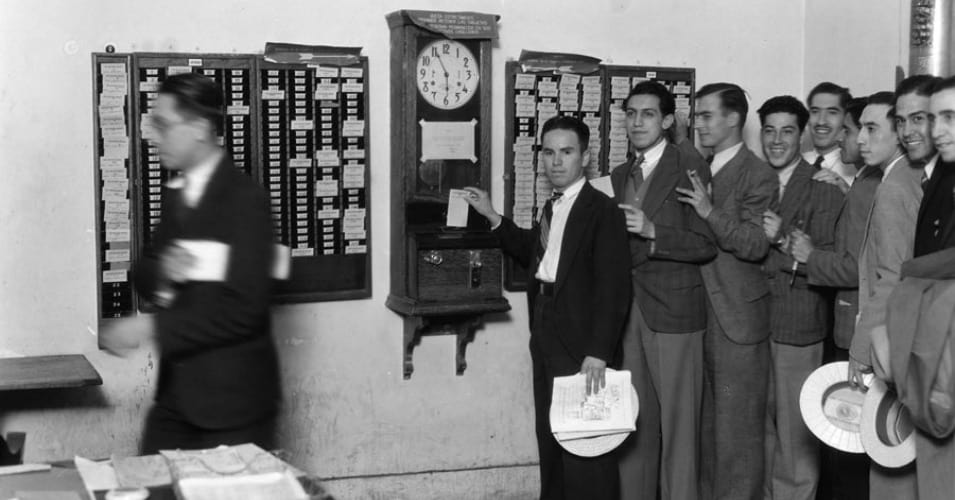 Gone for many are the days of regular hours, benefits, and steady wages. An increasingly troubling aspect of the new digitzed economy, exemplified by Uber car drivers and work-from-home technicians, is how the big money goes to the corporations that own the software while the scraps go to the on-demand workers.

How would you like to live in an economy where robots do everything that can be predictably programmed in advance, and almost all profits go to the robots’ owners?

Meanwhile, human beings do the work that’s unpredictable – odd jobs, on-call projects, fetching and fixing, driving and delivering, tiny tasks needed at any and all hours – and patch together barely enough to live on.

Brace yourself. This is the economy we’re now barreling toward.

The euphemism is the “share” economy. A more accurate term would be the “share-the-scraps” economy.

New software technologies are allowing almost any job to be divided up into discrete tasks that can be parceled out to workers when they’re needed, with pay determined by demand for that particular job at that particular moment.

Customers and workers are matched online. Workers are rated on quality and reliability.

The big money goes to the corporations that own the software. The scraps go to the on-demand workers.

In reality, it’s an Internet job board offering minimal pay for mindlessly-boring bite-sized chores. Computers can’t do them because they require some minimal judgment, so human beings do them for peanuts — say, writing a product description, for $3; or choosing the best of several photographs, for 30 cents; or deciphering handwriting, for 50 cents.

Amazon takes a healthy cut of every transaction.

This is the logical culmination of a process that began thirty years ago when corporations began turning over full-time jobs to temporary workers, independent contractors, free-lancers, and consultants.

It was a way to shift risks and uncertainties onto the workers – work that might entail more hours than planned for, or was more stressful than expected.

And a way to circumvent labor laws that set minimal standards for wages, hours, and working conditions. And that enabled employees to join together to bargain for better pay and benefits.

In effect, on-demand work is a reversion to the piece work of the nineteenth century – when workers had no power and no legal rights, took all the risks, and worked all hours for almost nothing.

Uber drivers use their own cars, take out their own insurance, work as many hours as they want or can – and pay Uber a fat percent. Worker safety? Social Security? Uber says it’s not the employer so it’s not responsible.

Defenders of on-demand work emphasize its flexibility. Workers can put in whatever time they want, work around their schedules, fill in the downtime in their calendars.

But this argument confuses “downtime” with the time people normally reserve for the rest of their lives.

There are still only twenty-four hours in a day. When “downtime” is turned into work time, and that work time is unpredictable and low-paid, what happens to personal relationships? Family? One’s own health?

Other proponents of on-demand work point to studies, such as one recently commissioned by Uber, showing Uber’s on-demand workers to be “happy.”

But how many of them would be happier with a good-paying job offering regular hours?

An opportunity to make some extra bucks can seem mighty attractive in an economy whose median wage has been stagnant for thirty years and almost all of whose economic gains have been going to the top.

That doesn’t make the opportunity a great deal. It only shows how bad a deal most working people have otherwise been getting.

Defenders also point out that as on-demand work continues to grow, on-demand workers are joining together in guild-like groups to buy insurance and other benefits.

But, notably, they aren’t using their bargaining power to get a larger share of the income they pull in, or steadier hours. That would be a union – something that Uber, Amazon, and other on-demand companies don’t want.

Some economists laud on-demand work as a means of utilizing people moreefficiently.

On this measure, the share-the-scraps economy is hurtling us backwards.

Robert Reich, one of the nation’s leading experts on work and the economy, is Chancellor’s Professor of Public Policy at the Goldman School of Public Policy at the University of California at Berkeley. He has served in three national administrations, most recently as secretary of labor under President Bill Clinton. Time Magazine has named him one of the ten most effective cabinet secretaries of the last century. He has written thirteen books, including his latest best-seller, Aftershock: The Next Economy and America’s Future; The Work of Nations; Locked in the Cabinet; Supercapitalism; and his newest, Beyond Outrage. His syndicated columns, television appearances, and public radio commentaries reach millions of people each week. He is also a founding editor of the American Prospect magazine, and Chairman of the citizen’s group Common Cause. His widely-read blog can be found atwww.robertreich.org.