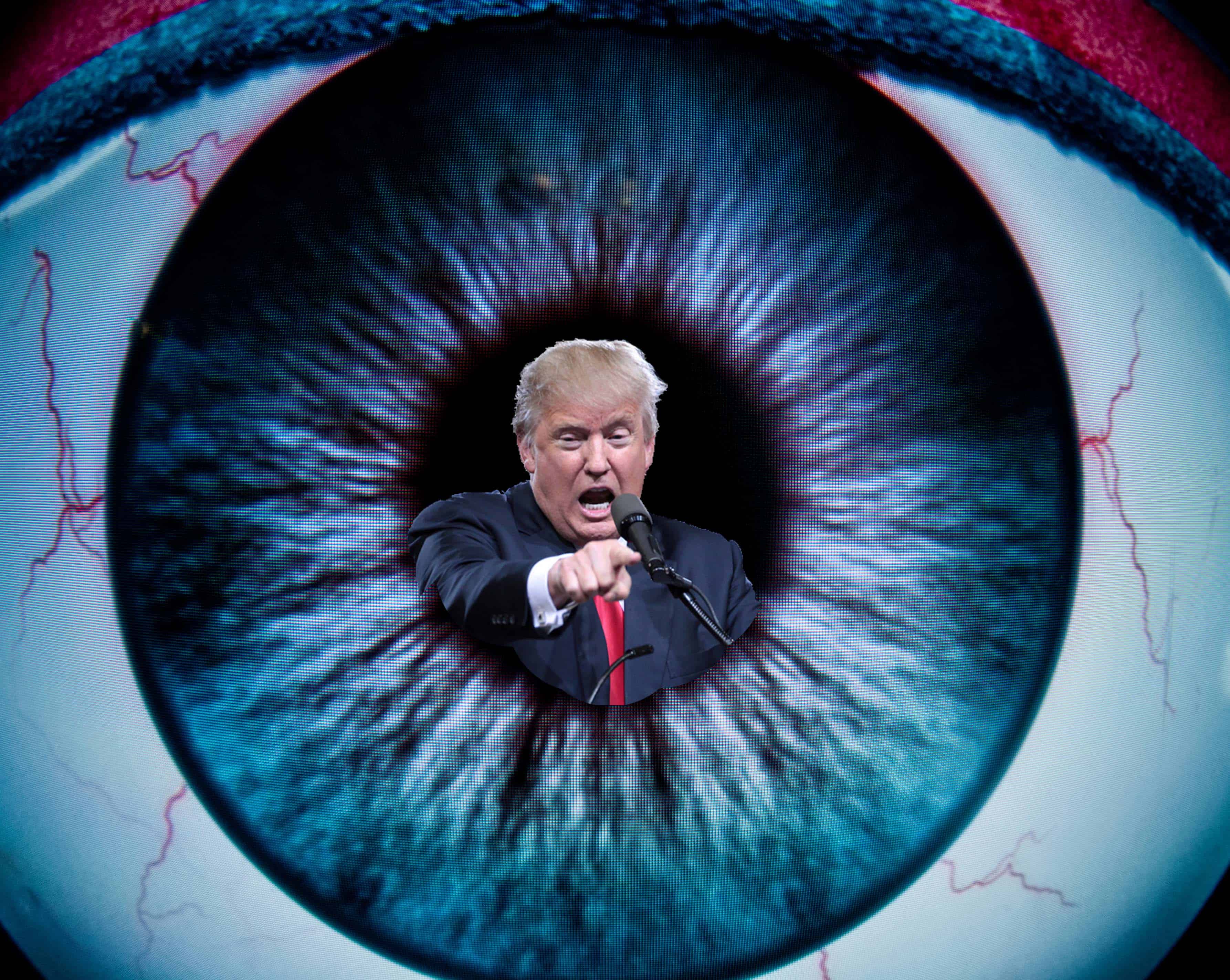 His latest order on immigrants and border security takes dead aim at the 11 million unauthorized immigrants who have fearfully been awaiting his action. Now they know. They should get ready for predawn raids, for immigrant families pulled apart, for arrests and deportation of undocumented immigrants who have been convicted of the most minor criminal offenses, and for stops of dark-complexioned motorists and pedestrians. Thus, the impact of the order would extend beyond immigrants and touch the lives of American citizens.

President Barack Obama’s administration deported so many people that he became known as the “deporter in chief.” But his actions were far more limited than what Trump is proposing.

The potential for a police state is clear. There is little limit to what immigration cops could do. Under the order, they would be able to deport anyone convicted of fraud in any official matter before a governmental agency. Or unauthorized immigrants who have “abused any program related to receipt of public benefits.” That could include millions, including someone who put a wrong address on a school application, a common practice for parents trying to move their kids to a better school.

The number of immigration police to enforce these laws is expanded under the order. The Department of Homeland Security is authorized to hire 10,000 more immigration and custom agents. The number of detention facilities would be increased. An office would be set up within the U.S. Immigration and Customs Enforcement agency (ICE) to help families of those killed by undocumented immigrants. That would reinforce a favorite Trump theme—that the ranks of undocumented immigrants are filled with murderers and drug dealers.

If the addition of all those ICE officers wasn’t threatening enough, Trump wants local police officers and sheriff’s deputies to work with immigration cops to round up immigrants. We saw how that will work when Sheriff Joe Arpaio of Maricopa County, Ariz., surrounding Phoenix, had his deputies prowling the streets, stopping anyone who looked Latino and asking for their papers. Most of us don’t carry around our birth certificates, but if you were a Latino in Maricopa County when Arpaio was sheriff, it would have been a good idea.

The nation got a preview of the Trump immigrant police state early on the morning of Feb. 3, when ICE knocked on doors around the country of undocumented immigrants who had been accused of crimes, many of them minor violations dating back years. The arrests continued all week—more than 600 around the country, 161 of them in Southern California.

This was less than a week after Trump’s executive order cracking down on immigrants, banning Syrian refugees and limiting immigration from six other countries with Muslim-majority populations. The immigrant arrests that began Feb. 3 appeared to target undocumented immigrants from Mexico and Central America.

University of Virginia law professor emeritus David Martin, a former Department of Homeland Security deputy general counsel, said the Trump immigrant arrests were worse than the heavily criticized sweeps under the Bush and Obama administrations. He wrote on the website Vox: “There is no distinction between felonies and misdemeanors and even people charged but not yet tried get thrown into this capacious criminal pot.”

Jorge-Mario Cabrera, director of communications for the Coalition for Humane Immigrant Rights of Los Angeles, told me, “even people without criminal records” were picked up in the sweep, overstepping the punitive guidelines of the Trump order. Others had served time for offenses ranging from major crimes to misdemeanors such as shoplifting. “Does this punishment fit the crime?” he asked. “People change their lives.”

Resistance will be strong. Even Trump supporters, such as the major growers in California, will oppose the loss of the undocumented immigrants they need to pick their crops.

And there will be resistance from those who teach the immigrants, provide their medical care and depend on them to help the police with information about criminals in their communities.

In Los Angeles, Mayor Eric Garcetti, who is of Mexican, Italian and Jewish heritage, has spoken up strongly for immigrants. He demanded details of the federal government’s secret arrest of undocumented immigrants early in February. He said he, the city attorney, the police department, members of Congress and immigrant rights attorneys will work together to “make sure that the legal rights of all Angelenos are respected and upheld at every stage of the enforcement process. Angelenos should not have to fear raids that are disruptive to their peace of mind and bring unnecessary anxiety to our homes, schools, and workplaces.” He created a $10 million fund to provide assistance to immigrants facing deportation proceedings without a lawyer.

The board of the Los Angeles Unified School District voted unanimously to make the district a “safe zone”—forbidding ICE agents from coming on campuses without permission of school officials—and to protect the identities of students who may be affected by the Trump orders.

So far, the administration has spared the young people known as “dreamers,” who are covered by Deferred Action for Childhood Arrivals policy and protected by Obama administration rules. The law provides protection from deportation.

But no matter what Trump says about the “dreamers,” I wouldn’t believe him, nor would I bet on how long this protection lasts.

The bottom line of his orders is to give permission to ICE and local cops around the country to use their own judgment in enforcing this vague law. Latinos, immigrants and citizens alike, will be stopped and questioned by cops with new and wide—almost unlimited—power.