We Need to Throw Out the Second Amendment 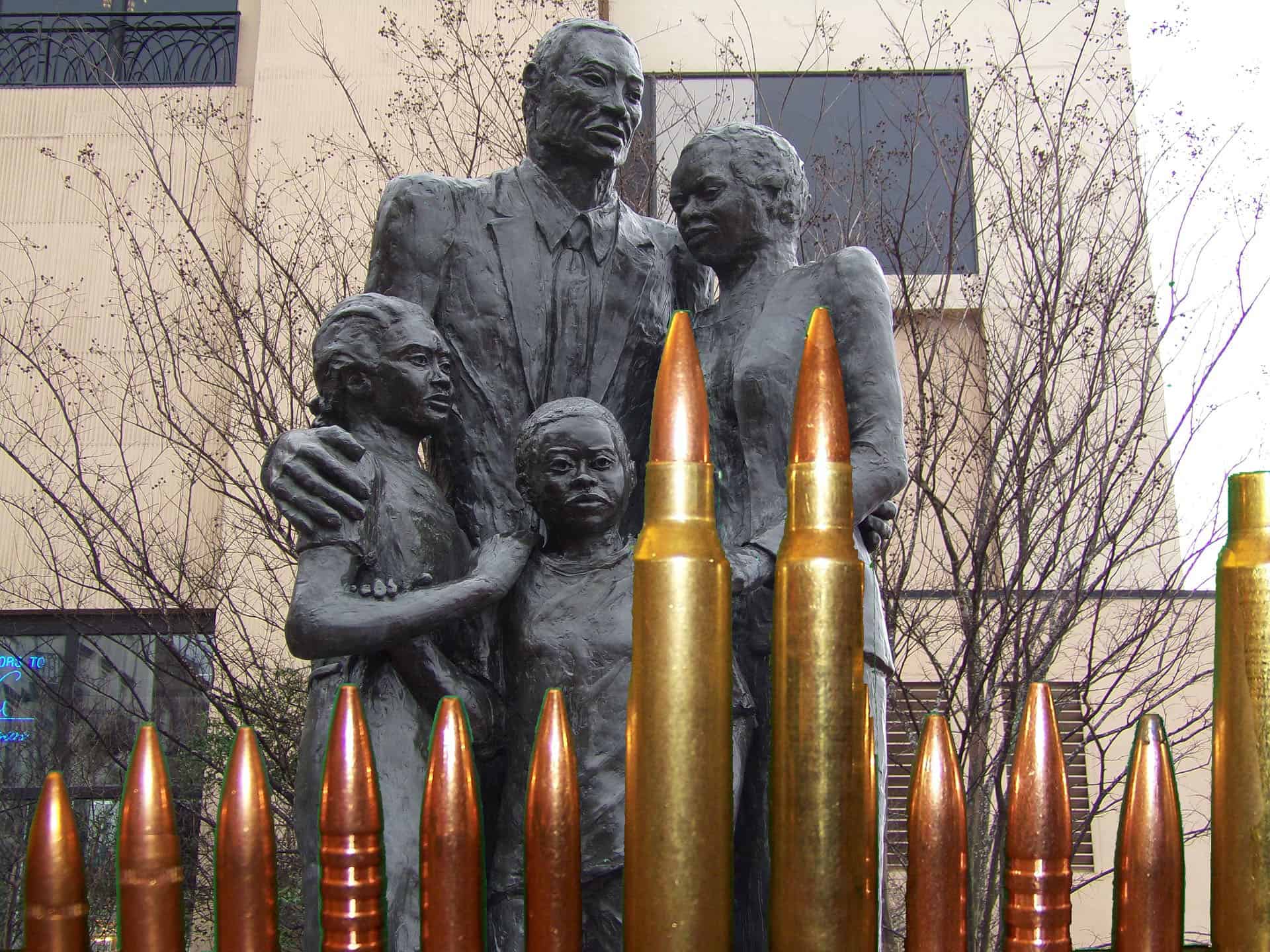 The United States’ gun violence problem has reached a breaking point, and while we can talk all we want about assault weapons bans, universal background checks and terror watch lists, there’s only one real solution to this problem: We need to repeal the Second Amendment.

That’s right — we need to repeal the Second Amendment.

Thanks to corporate media’s unquestioning regurgitation of right-wing talking points, most Americans think that Second Amendment is in the US Constitution to protect the rights of individual gun owners from the government.

Well, that’s not even remotely true.

The “Second Amendment” as we know it today is a legal fiction invented by the gun industry and their buddies on the Supreme Court. Despite what you might hear on “Fox So-Called News,” there actually was no individual right to own a gun until 2008, when the Supreme Court said there was in its decision in the case of District of Columbia v. Heller.

This decision, which struck down Washington, DC’s handgun ban, was the culmination of a decades-long push by the gun industry to twist the Second Amendment into something that would help it sell more weapons, and it had zero basis in real constitutional history.

It’s what former Chief Justice Warren Burger called “A fraud on the American public,” and it’s a fraud that now makes it very, very hard to put in place sensible gun control laws.

So, if the Second Amendment wasn’t originally about protecting gun rights, why is it in the US Constitution? What were the founders thinking?

Well, the obvious answer, and the one accepted by most historians, is that they were trying to prevent the existence of a standing army during times of peace. The founders were scholars of classical history, and they knew history teaches that when given too much power, armies, repeatedly and throughout history, would overthrow democracy and put in place a military dictatorship. There’s even a phrase to describe it: a military coup.

As James Madison told the Philadelphia Constitutional Convention in 1787:

A standing military force … will not long be safe companions to liberty. The means of defense against foreign danger have been always the instruments of tyranny at home. Among the Romans it was a standing maxim to excite a war, whenever a revolt was apprehended. Throughout all Europe, the armies kept up under the pretext of defending, have enslaved the people.

With this situation in mind, the founders wrote the Second Amendment, which says that, “A well regulated Militia, being necessary to the security of a free State, the right of the people to keep and bear Arms, shall not be infringed.”

They key word here is “militia.”

At the time the Bill of Rights was written, the US had no real professional army, and what military it did have was in the form of 13 separate state militias. The founders saw these militias as the best check against the rise of the standing army, and so they wrote the Second Amendment to make sure that they were always protected. But that’s only part of the story.

By protecting the militias, the founders weren’t just preventing or trying to prevent the rise of mischief by a standing army — they were also protecting the institution of slavery that was the key to the southern economy.

In states like Georgia, Virginia and the Carolinas, militias were also known as slave patrols.

And after the US Constitution was written, southern slave-owners, led by Patrick Henry (Virginia’s largest slave owner) started freaking out that their slaves could be constitutionally freed and then drafted by the federal government, which was given the power under Article 1, Section 8 to raise a national militia. The slave-owners worried that this national militia would eventually be used by Northern anti-slavery types to destroy the slave patrols and maybe even the institution of slavery itself.

And so what did those slave-owners do? They had the founders write into the Second Amendment specific protections for slave patrols.

These protections aren’t obvious, but they’re there, and we know this because of the difference between James Madison’s original draft of the Second Amendment and the final version included in the Bill of Rights.

Madison’s original version of the Second Amendment reads as follows: “The right of the people to keep and bear arms shall not be infringed; a well armed, and well regulated militia being the best security of a free country: but no person religiously scrupulous of bearing arms, shall be compelled to render military service in person.”

This version of the Second Amendment didn’t fit well with slave-owners because it included words like “country,” words they felt could be used to justify the creation a national  militia which would include freed slaves — a backdoor way for a Northern president to free Southern slaves.

And so Patrick Henry lobbied James Madison to rewrite the Second Amendment into the version we know today.

He spoke passionately at the Virginia Ratifying Convention: “If the country be invaded, a state may go to war,” Henry said, “but cannot suppress [slave] insurrections [under this new Constitution]. If there should happen an insurrection of slaves, the country cannot be said to be invaded. They cannot, therefore, suppress it without the interposition of Congress … Congress, and Congress only [under this new Constitution], can call forth the militia.”

In this state [of Virginia], there are two hundred and thirty-six thousand blacks, and there are many in several other states. But there are few or none in the Northern States … May Congress not say, that every black man must fight? Did we not see a little of this last war? We were not so hard pushed as to make emancipation general; but acts of Assembly passed that every slave who would go to the army should be free.

As Michael R. Burch wrote, Henry was obviously convinced that the power granted the federal government in the new Constitution could be used to strip the slave states of their slave control militias. He anticipated exactly what Abraham Lincoln would end up doing:

“They will search that paper [the Constitution],” Henry said, “and see if they have power of manumission. And have they not, sir? Have they not power to provide for the general defence and welfare? May they not think that these call for the abolition of slavery? May they not pronounce all slaves free, and will they not be warranted by that power? This is no ambiguous implication or logical deduction. The paper speaks to the point: they have the power in clear, unequivocal terms, and will clearly and certainly exercise it. This [slavery] is a local matter, and I can see no propriety in subjecting it to Congress.”

To satisfy Henry, James Madison changed the word “country” to the word “state,” a change Patrick Henry demanded to make it explicitly clear that the US Constitution protected the state militia (aka slave patrol) in Virginia.

The big picture here isn’t a pretty one: The Second Amendment, which is now used by the weapons industry to justify selling weapons of war to civilians, was originally created, at least in part, to help preserve slavery in the south.

You really couldn’t ask for a better metaphor for everything that’s wrong with the US and its history. But here’s the thing: we don’t need to be trapped by that history.

Ever since it was ratified, Americans have repeatedly changed parts of the Constitution: Women were granted the right to vote, Black people were granted legal citizenship, alcohol was prohibited and then legalized again. This country has continually broken with its past and moved toward a better future. It’s time we did the same with the Second Amendment.

At its best, the Second Amendment is an anachronism that’s no longer relevant in an era in which the United States has a standing army but remains a democracy. At its worst, it’s a tool for slave-owners that’s now being used by the weapons industry to prevent any and all sensible gun laws.

There’s only one way out of this mess: It’s time to repeal the Second Amendment.

This article was first published on Truthout and any reprint or reproduction on any other website must acknowledge Truthout as the original site of publication.