We All Are Islamic State 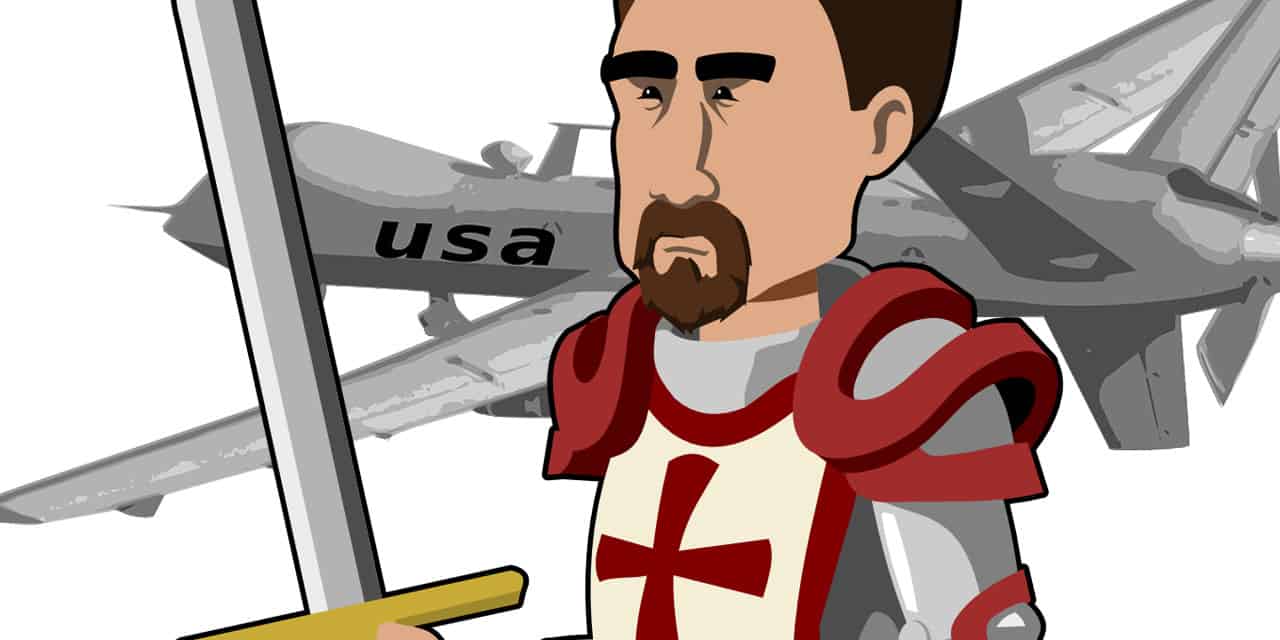 Revenge is the psychological engine of war. Victims are the blood currency. Their corpses are used to sanctify acts of indiscriminate murder. Those defined as the enemy and targeted for slaughter are rendered inhuman. They are not worthy of empathy or justice. Pity and grief are felt exclusively for our own. We vow to eradicate a dehumanized mass that embodies absolute evil. The maimed and dead in Brussels or Paris and the maimed and dead in Raqqa or Sirte perpetuate the same dark lusts. We all are Islamic State.

“From violence only violence is born,” Primo Levi wrote, “following a pendular action that, as time goes by, rather than dying down, becomes more frenzied.”

The tit-for-tat game of killing will not end until exhaustion, until the culture of death breaks us emotionally and physically. We use our drones, warplanes, missiles and artillery to rip apart walls and ceilings, blow out windows and kill or wound those inside. Our enemies pack peroxide-based explosives in suitcases or suicide vests and walk into airport terminals, concert halls, cafes or subways and blow us up, often along with themselves. If they had our technology of death they would do it more efficiently. But they do not. Their tactics are cruder, but morally they are the same as us. T.E. Lawrencecalled this cycle of violence “the rings of sorrow.”

The Christian religion embraces the concept of “holy war” as fanatically as Islam does. Our Crusades are matched by the concept of jihad. Once religion is used to sanctify murder there are no rules. It is a battle between light and dark, good and evil, Satan and God. Rational discourse is banished. And “the sleep of reason,” as Goya said, “brings forth monsters.”

Flags, patriotic songs, a deification of the warrior and sentimental drivel drown out reality. We communicate in empty clichés and mindless, patriotic absurdities. Mass culture is used to reinforce the lie that we are the true victims. It re-creates the past to conform to the national heroic myth. We alone are said to possess virtue and courage. We alone have the right to revenge. We are hypnotized into a communal somnolence, a state-induced blindness.

Those we fight, lacking our industrial machines of death, kill up close. But killing remotely does not make us less morally deformed. Long-distance killing, epitomized by drone operators at Air Force bases within the United States who go home for dinner, is as depraved. These technicians make the vast machinery of death operate with a terrifying clinical sterility. They depersonalize industrial war. They are the “littleEichmanns.” This organized bureaucracy of killing is the most enduring legacy of the Holocaust.

“The mechanized, rational, impersonal, and sustained mass destruction of human beings, organized and administered by states, legitimized and set into motion by scientists and jurists, sanctioned and popularized by academics and intellectuals, has become a staple of our civilization, the last, perilous, and often repressed heritage of the millennium,” Omer Bartov wrote in “Murder in Our Midst: The Holocaust, Industrial Killing and Representation.”

We torture kidnapped captives, many held for years, in black sites. We carry out “targeted assassinations”of so-called high-value targets. We abolish civil liberties. We drive millions of families from their homes. Those who oppose us do the same. They torture and behead—replicating the execution style of the Christian Crusaders—with their own brand of savagery. They rule as despots. Pain for pain. Blood for blood. Horror for horror. There is a fearsome symmetry to the madness. It is justified by the same religious perversion. It is the same abandonment of what it means to be humane and just.

As psychologist Rollo May wrote:

At the outset of every war … we hastily transform our enemy into the image of the daimonic; and then, since it is the devil we are fighting, we can shift onto a war footing without asking ourselves all the troublesome and spiritual questions that the war arouses. We no longer have to face the realization that those we are killing are persons like ourselves.

The killing and torture, the more they endure, contaminate the perpetrators and the society that condones their actions. They sever the professional inquisitors and killers from the capacity to feel. They feed the death instinct. They expand the moral injury of war.

Twenty-two veterans of U.S. military service commit suicide every day. They do it without an explosives belt. But they share, with suicide bombers, the overpowering urge to be rid of the world and the sordid role they had in it.

“It is better to suffer certain injustices than to commit them,” Albert Camus, like Immanuel Kant, understood. But the politicians, pundits and mass culture dismiss such wisdom as weakness. Those who speak with sanity, like Euripides when he produced his anti-war masterpiece “The Trojan Women,” are reviled and banished.

Who are we to condemn the indiscriminate murder of civilians? Have we forgotten our bombing of German and Japanese cities in World War II that left 800,000 civilian women, children and men dead? What about those families we obliterated in Dresden (135,000 dead), Tokyo (97,000 dead), Hiroshima (80,000 dead) and Nagasaki (66,000 dead)? What about the 3 million civilian dead we left behind in Vietnam?

We dropped 32 tons of bombs per hour on North Vietnam between 1965 and 1968—hundreds of Hiroshimas. And, as Nick Turse writes in his book “Kill Anything That Moves: The Real American War in Vietnam,” this tonnage does not count the “millions of gallons of chemical defoliants, millions of pounds of chemical gases, and endless canisters of napalm; cluster bombs, high-explosive shells, and daisy-cutter bombs that obliterated everything within a ten-football-field diameter; antipersonnel rockets, high-explosive rockets, incendiary rockets, grenades by the millions, and myriad different kinds of mines.”

There have been 87,000coalition sortiesover Iraq and Syria since the air campaign against Islamic State began. This is the newest chapter in our endless war against the wretched of the earth.

How can we rise up in indignation over Islamic State’s destruction of cultural monuments such as Palmyrawhen we have left so many in ruins? As Frederick Taylor points out in his book “Dresden,” during the World War II bombing of Germany we destroyed countless “churches, palaces, historic buildings, libraries, museums,” including “Goethe’s house in Frankfurt” and “the bones of Charlemagne from Aechen cathedral” along with “the irreplaceable contents of the four-hundred-year-old State Library in Munich.” Does anyone remember that in a single week of bombing during the Vietnam War we obliterated most of that country’s historic My Son temple complex? Have we forgotten that our invasion of Iraq led to the burning of the National Library, the looting of the National Museum and the construction of a military base on the site of the ancient city of Babylon? Thousands of archeological sites have been destroyed because of the wars we spawned in Iraq, Syria, Afghanistan and Libya.

We perfected the technique of aerial mass murder and wholesale destruction that we call “carpet bombing,” “saturation bombing,” “area bombing,” “obliteration bombing,” “mass bombing” or, in its latest version, “shock and awe.” We created, through our national wealth, the managerial systems and technology that the sociologist James William Gibson calls “technowar.” What were the attacks of 9/11 but an answer to the explosions and death we inflicted on towns and cities around the globe? Our attackers spoke to us in the demented language we taught them. They, like the attackers in Paris and Brussels, knew exactly how we communicate.

The merchants of death, the arms manufacturers, are among the few who profit. Most of the rest of us are caught in a cycle of violence that will not cease until we end the U.S. occupation of the Middle East, until we learn to speak in a language other than the primitive howl of war, death and annihilation. We will recover a humane language when we have had enough, when there are too many of our own dead for us to sustain the game. The victims will continue to be mostly innocents, trapped between killers that come from the same womb.