Water Is Life: The Story of Standing Rock Won’t Go Away 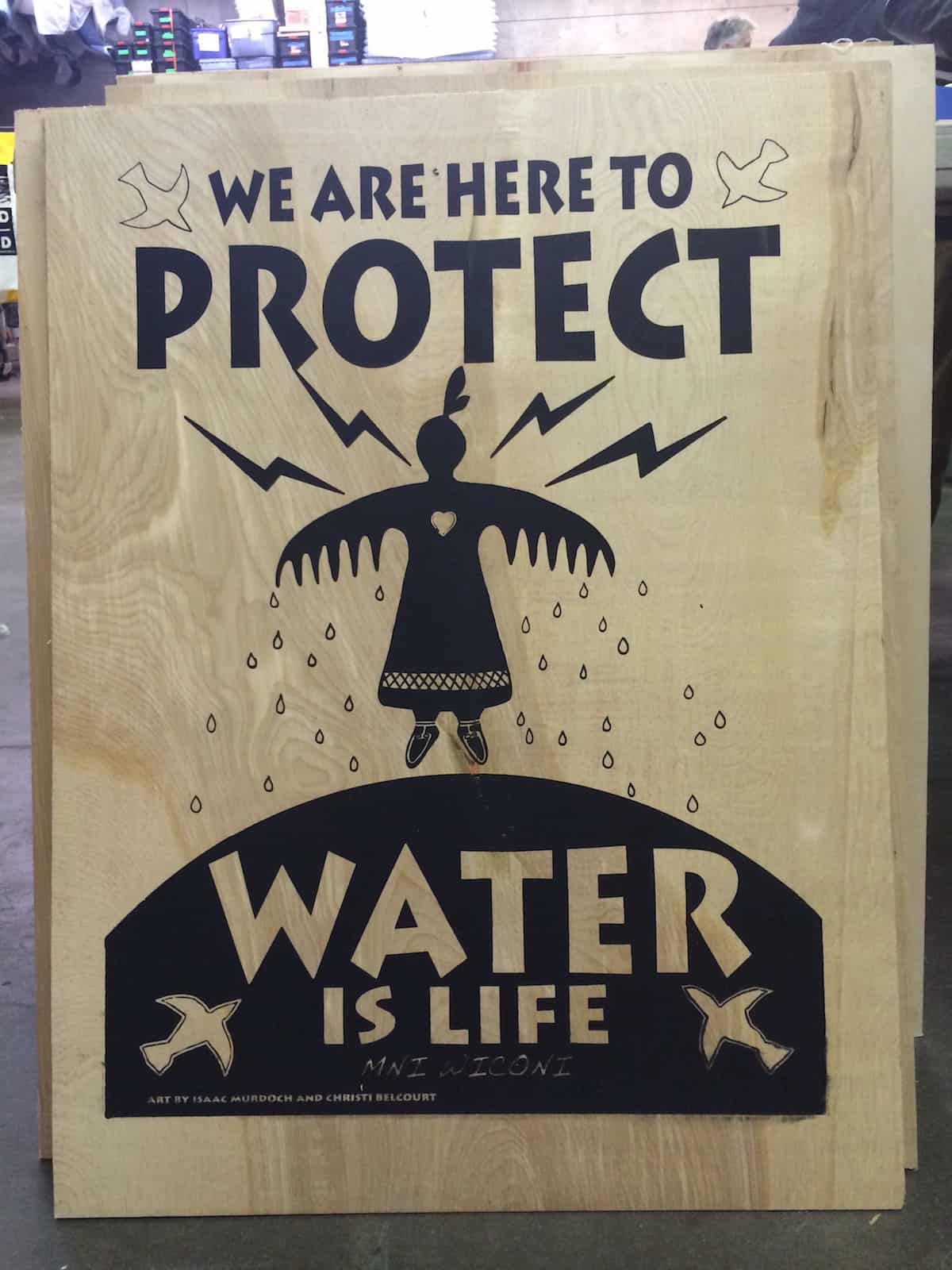 Every day I write rhymes on Twitter. I get a kick out of reducing complicated ideas and events down to 140 characters. So yesterday I wrote:

And that is the story I want to tell. Standing Rock is only one chapter somewhere in the middle of a long story.

It’s true that North Dakota used the power of the state this week to march into the camps along the Missouri River and round up the remaining water protectors. But think about that story: A few dozen people were arrested at camps where more than 10,000 people once said no to the Dakota Access pipeline. That people power did not evaporate. Even today more people, tens of thousands, perhaps millions, are still a part of that effort via social media and through direct action.

The Standing Rock Sioux tribe and its allies have been repeating the same story for more than a year: Mni wiconi (water is life). This is a narrative that the state of North Dakota, the pipeline company, and the oil industry could not counter, despite spending millions of dollars and advancing into Great Sioux treaty lands with a law enforcement army.

The chief executive of the company behind the Dakota Access pipeline told investors on Thursday that he “underestimated the power of social media,” where stories spread so rapidly. According to Bloomberg News, Kelcy Warren complained: “There was no way we can defend ourselves.” (Actually, there was a way: Many energy companies have figured out that it’s far better to work with communities than to roll over them.)

The point is that the company and the state lost the narrative. But then, “lost” might not be the right word. The company was in a rush to build and North Dakota made the story more compelling by acting against its own interest. Think about what story we’d be telling now if the North Dakota governor spent the first few weeks listening to the community and exploring alternatives. No one would have turned the page to see what happened next. No drama.

Instead, the county sheriff took center stage playing a villain. In August, Sheriff Kyle Kirchmeier arrested Standing Rock Chairman David Archambault II and the plot raced ahead to a military occupation, a company line to defend, and a global audience via social media. Lots of drama.

Now the pipeline is set and oil will flow. Perhaps in a few days. So the thinking of the company is that it’s all over. They won.

But this is not the only fight about water. There are now hundreds of scenes spread across North America. The protection of water, the rebalancing of the world, now has a symbol and a memory to carry that story forward. Every pipeline project that’s planned across North America will have to defend itself in every community, on social media, and with investors.

The Standing Rock Sioux tribe hopes supporters on March 10 will march and pray in Washington, D.C. The tribe asks people to “rise in solidarity with the Indigenous peoples of the world whose rights protect Unci Maka (Grandmother Earth) for the future generations of all.” I think people will go. And by the thousands. Standing Rock is the call to action.

The White House tried to rewrite the story Thursday. Press Secretary Sean Spicer told reporters at the daily briefing that the White House is “constantly in touch with” the Standing Rock Sioux. The idea here, which has been brewing for a while, is to cast the tribe as a partner of the state. The tribe immediately called out that statement as false. Archambault said in a news release: “We repeatedly asked for meetings with the Trump administration, but never received one until the day they notified Congress that they were issuing the easement. I was on a plane to Washington, D.C., when the easement was issued. It was an insult to me and to the Tribe. I cancelled the meeting upon hearing this news. We have since filed a lawsuit for the immoral and illegal issuance of the easement and suspension of the environmental impact study.”

This lie from the White House is revealing: The Trump administration (and its allies in the oil industry and North Dakota) understands that this story is not over. They want their narrative back.

And that’s not going to happen. How could it? We all know water is life.

Mark Trahant is the Charles R. Johnson Endowed Professor of Journalism at the University of North Dakota and a member of The Shoshone-Bannock tribes. He writes a regular column at YES!, where he is a contributing editor. Follow him on Twitter @TrahantReports.