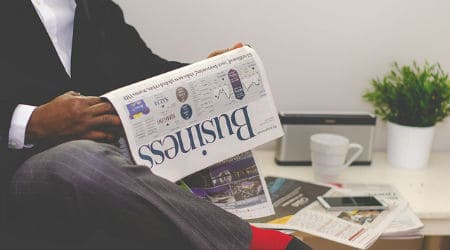 By Dean Baker
Beat the Press

Seriously, the Post ran a major front page article in its Sunday business section telling us that “big business lost Washington.” The piece does acknowledge that business lobbies are still very effective in getting special deals for their industry, like favorable tax treatment for offshore profits and low cost access to public lands for fossil fuel extraction, but it complains that business leaders are not openly setting the national agenda.

It’s not clear where exactly business leaders are seeing their needs go unmet. One of the most fundamental items on the national agenda is returning to full employment. Here the business community, lead by groups like the Peter Peterson funded organization “Fix the Debt,” along with the Washington Post, played a large role in pushing the government towards austerity in 2011. The result was sharply slower growth and much less job creation than would otherwise be the case.

This has been good news for many businesses, since the weak labor market led to an extraordinary leap in the profit share of national income. The cost to the rest of the country has been enormous, with millions of people needlessly being kept from working and tens of millions forced to accept much lower pay than would have been the case in a healthy labor market.

It’s more than a bit bizarre to complain that the business interests who were able to impose such enormous costs on the rest of society in order to advance their agenda have no power in Washington. Of course it is understandable that they would prefer the public not recognize their power.

This work is licensed under a Creative Commons Attribution 4.0 International License

Dean Baker is the co-director of the Center for Economic and Policy Research (CEPR). He is the author of several books, including Getting Back to Full Employment: A Better bargain for Working People, The End of Loser Liberalism: Making Markets Progressive, The United States Since 1980, Social Security: The Phony Crisis (with Mark Weisbrot), and The Conservative Nanny State: How the Wealthy Use the Government to Stay Rich and Get Richer. He also has a blog, “Beat the Press,” where he discusses the media’s coverage of economic issues.