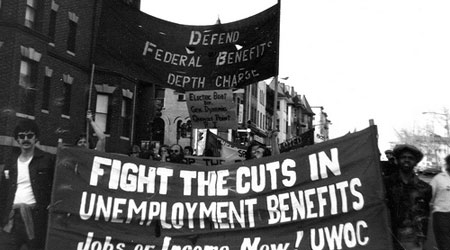 House Speaker John Boehner already has his shovel out and is working to pile up as much manure as he’ll be called on to deliver during his refusal to allow a clean vote on extending unemployment aid. Polling suggests he better shovel hard, though, if he doesn’t want his party to pay a price for blocking jobless benefits.

In a statement after the Senate moved forward to debate the unemployment insurance extension, Boehner said, “another extension of temporary emergency unemployment benefits should not only be paid for but include something to help put people back to work.” That’s rich, coming from a House leader who’s held dozens of votes on repealing Obamacare while failing to advance any bills that would actually create a meaningful number of jobs. And indeed, repealing Obamacare is one of the things Boehner is suggesting in place of extending unemployment benefits.

Boehner may have a hard time convincing voters that “Not my fault! Repeal Obamacare!” is a reasonable excuse for not just holding a clean vote on unemployment, though. Public Policy Polling recently surveyed four Republican-held but swingy districts, as well as Boehner’s own district, and found strong bipartisan support for extending unemployment aid:

Representatives who vote to cut off extended unemployment benefits could pay a price at the polls next year. In all four of the swing districts we looked at voters say they would be less likely to vote for the Republican incumbent by at least a 9 point margin next year if they cast such a vote. Additionally the independent voters who are so key to these Congressmen’s survival say in each district that they would consider a vote to cut off unemployment a reason to vote for someone else next year.

Of course, Boehner has ignored what voters want on issue after issue, so it’s nothing new that he’s planning to do so on unemployment. But in an election year, the more high-profile, popular bills he won’t even allow the House to vote on, the more damage he does to the Republican brand.