A conversation with JONATHAN SIMON, author of “Code Red: Computerized ElectionTheft and the New American Century” and Executive Director of Election Defense Alliance

“A spirited, data-driven argument that our computerized voting system is frighteningly vulnerable to corruption. In his book, Simon brings his considerable experience on voting matters to bear. He argues that what first appears to be a triumph of progress, the widespread application of new voting technology, actually generates myriad opportunities for partisan sabotage. The allure of greater convenience comes at the price of transparency: newly secretive elections basically take place in the impentrable darkness of cyberspace. The scope of the book is broad, covering related topics like campaign finance and and gerrymandering, and includes an instructive discussion of exit polls and internet voting.” [Kirkus Reviews]

“Simon has provided an important public service. CODE RED must not only be widely read and distributed among people who care about the integrity of our elections, but should provide enough fodder for a comprehensive investigation of ballot counting procedures. Such an investigation needs to happen and it cannot be conducted by Congressional or other political leadership. Simon’s research is thorough and his case is more than compelling.” [John Zogby, Founder of the Zogby Poll]

Dr. Simon’s expertise in polling and statistical analysis derives from his former employment as a political survey research analyst in Washington, DC. He has also authored, both individually and in collaboration, numerous papers related to various aspects of election integrity. He has been active in election integrity efforts since 2001, appearing in several election integrity-related films, as an interviewee on several dozen live programs, and tweeting @JonathanSimon14. http://codered2016.com/ 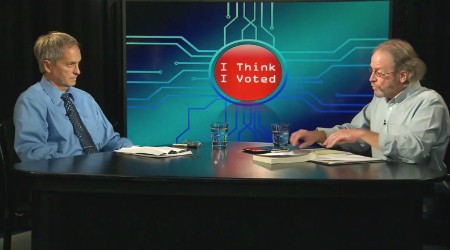