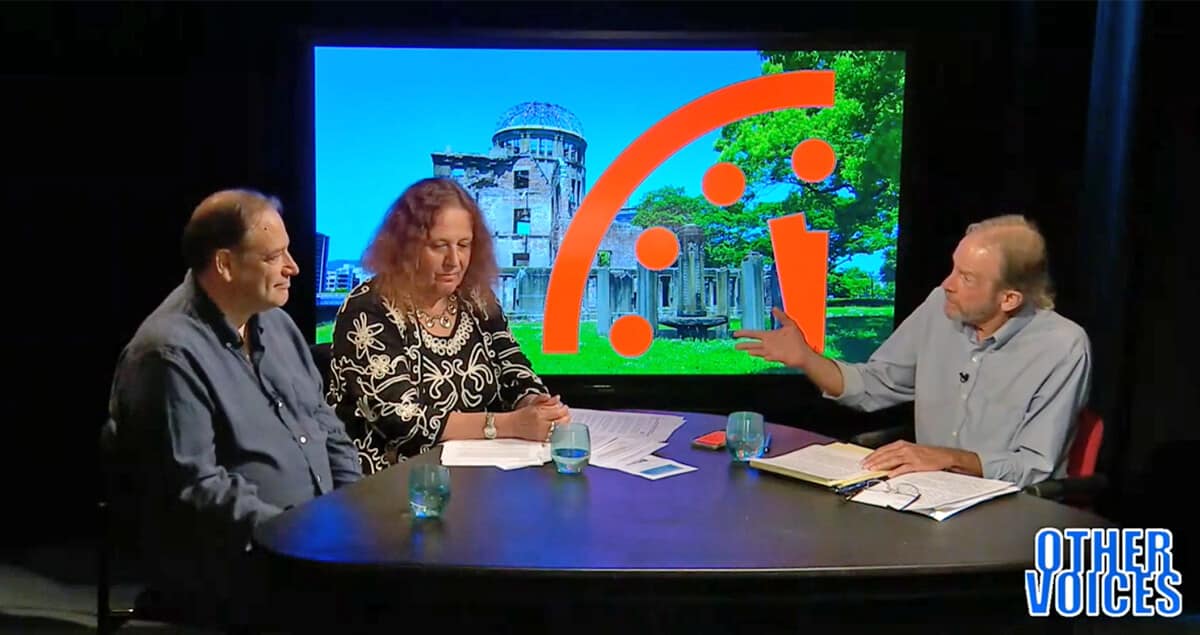 Is the world headed toward a dangerous new nuclear arms race? All indicators point to yes.

Deeply committed to nonviolence and international law, JACKIE CABASSO has been continuously active in nuclear disarmament, peace and environmental advocacy for more than three decades. She has had the opportunity to travel widely and has spoken at public hearings, legislative symposia and conferences around the world and has addressed rallies and gatherings at the Livermore and Los Alamos nuclear weapons laboratories, the Nevada and Semipalatinsk nuclear test sites, the French nuclear weapons laboratories, and in Hiroshima and Nagasaki. She has been arrested approximately 50 times in acts of nonviolent resistance to U.S. nuclear weapons and foreign policy at the Livermore Lab, the Nevada Test Site, the White House, and other U.S. military and government facilities.

JON RAINWATER is Executive Director of Peace Action and the Peace Action Education Fund. For over 30 years, Jon has been active in campaigns on issues of peace, nuclear disarmament, social justice and environmental sustainability. An experienced policy advocate, he has worked on nuclear issues for Greenpeace, advocated for victims of domestic violence for the California Alliance Against Domestic Violence and served as director for the California League of Conservation Voters. Video of Jon’s appearance on Other Voices TV last year can be seen here.