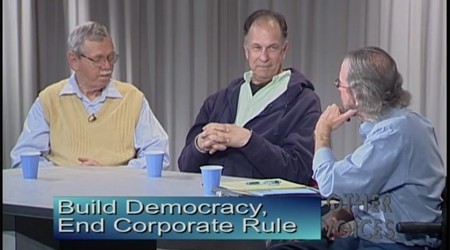 Suppose we could vote to end corporate influence in our elections. Imagine we could cast a ballot to rein in corporate power. Dreaming? Not quite.

Right now, there’s a true grassroots effort in the works to do just that by putting an Initiative on the November ballot called Build Democracy, End Corporate Rule. The Initiative would be Santa Clara County only, but it could very well be the start of something much, much bigger. And that’s the point.

Corporations Are Not People, Money Is Not Speech, Move to Amend
0 Events loaded