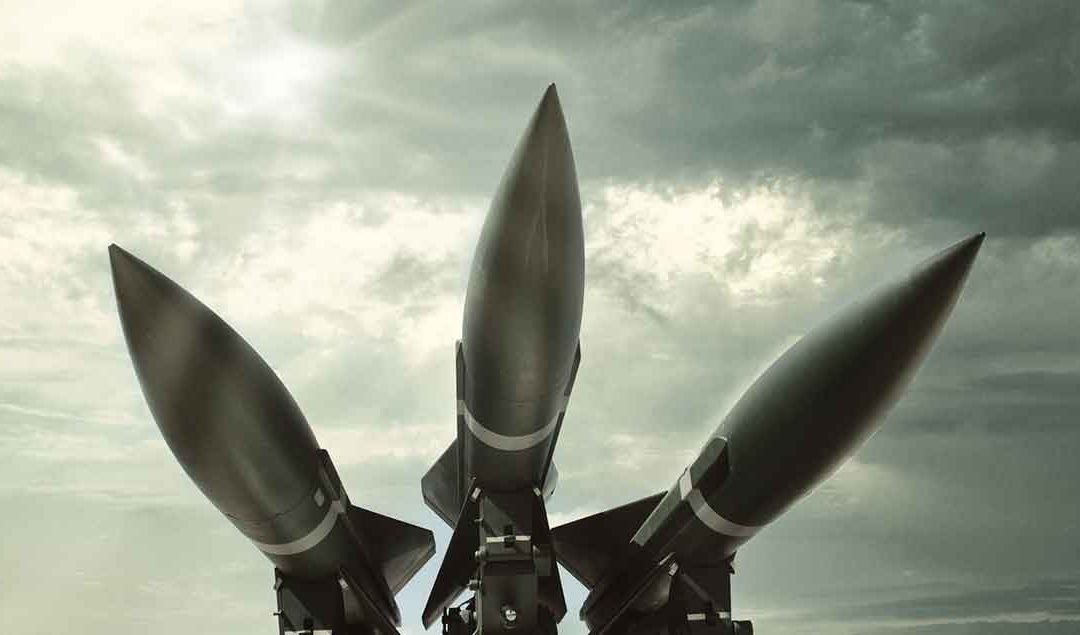 Japan, a professed pacifist nation since the end of World War II, is set to become the planet’s third-biggest military spender. It will be armed with U.S.-built missiles capable of striking China.

Kenny Stancil
Common Dreams
In a significant departure from its postwar national security strategy—nominally limited to self-defense along with hosting U.S. troops—Japan on Friday announced its plan to embark on a five-year, $320 billion military buildup to secure offensive strike capacity amid growing regional tensions.

Japan “faces the severest and most complicated national security environment” since the end of World War II, according to the new blueprint unveiled by Prime Minister Fumio Kishida’s conservative government, which named China as its “biggest strategic challenge,” followed by North Korea.

Acknowledging that the pursuit of cruise missiles represents “a major change to Japan’s postwar security policy,” Kishida told reporters that obtaining them is “indispensable” to preempting foreign aggression.

As Al Jazeera reported, Japan worries that Russia’s invasion of Ukraine “has set a precedent that will encourage China to attack Taiwan, threatening nearby Japanese islands, disrupting supplies of advanced semiconductors, and putting a potential stranglehold on sea lanes that supply Middle East oil.”

In response to those concerns, Japan plans to buy long-range weapons capable of striking China, including hundreds of Lockheed Martin’s Tomahawk Land Attack Missiles and Joint Air-to-Surface Standoff Missiles—a boon for one of the biggest players in the powerful U.S. arms industry, which is already poised to rake in hundreds of billions of dollars in public money following Congress’ passage of an $858 billion military budget for next fiscal year.

As NPR reported, “Japan also plans to develop its own weapons, including advanced fighter jets, hypersonic missiles, and armed drones.”

According to Al Jazeera, Japan is also preparing to “stockpile spare parts and other munitions, reinforce logistics, develop cyber-warfare capabilities, and cooperate more closely with the United States and other like-minded nations” in a purported attempt to “deter threats to the established international order.”

“Unthinkable under past administrations, the rapid arming of Japan… will double defense outlays to about 2% of the gross domestic product (GDP) over the next five years, and increase the defense ministry’s share to about one-tenth of all public spending,” the news outlet noted. “It will also make Japan the world’s third-biggest military spender after the U.S. and China, based on current budgets.”

Kishida contends that Japan’s existing missile defense systems are no longer up to the task of intercepting missiles fired by its neighbors. According to The Associated Press: “North Korea fired more than 30 ballistic missiles this year, including one that flew over Japan. China fired five ballistic missiles into waters near Japanese southern islands including Okinawa.”

The five-year military spending proposal approved by his cabinet asserts that “counterstrike capacity is necessary,” though it won’t be implemented prior to 2026, when the deployment of U.S.-built cruise missiles is set to begin.

Although successive Japanese governments have intimated that counterstrikes to neutralize foreign attacks would be permissible under the country’s long-standing military restrictions, there had previously been little appetite for ensuring such capability.

As AP noted: “Because of its wartime past as an aggressor and national devastation after its defeat, Japan’s postwar policy prioritized the economic growth while keeping its security light by relying on American troops stationed in Japan under their bilateral security agreement. Japan’s defense buildup has long been considered a sensitive issue at home and in the region, especially for Asian victims of Japanese wartime atrocities.”

However, the growing military might of China, a record number of North Korean missile launches in recent months, and escalating fears that China could emulate Russia by invading nearby Taiwan have provoked a shift in public opinion, with surveys finding that roughly two-thirds of Japanese voters now support bolstering the country’s military.

“Still, in a nod to the sensitivity of the issue, the documents rule out preemptive strikes, and insist Japan is committed to ‘an exclusively defense-oriented policy,'” Al Jazeera reported.

Chinese Foreign Ministry spokesperson Wang Wenbin on Friday warned Japan that “hyping up the so-called China threat to find an excuse for its military build-up is doomed to fail” and urged the country to “reflect on its policies.”

Japan’s beefed-up military roadmap comes just weeks after the U.S. announced its plans to deploy up to six nuclear-capable B-52 bombers to northern Australia, where they would be close enough to strike China.

Relations between the U.S. and China have deteriorated since August, when U.S. House Speaker Nancy Pelosi (D-Calif.) and other members of Congress visited Taiwan (the Republic of China, or ROC) despite opposition from Beijing, which—along with most of the international community, including Washington since the 1970s—considers the breakaway province to be part of the People’s Republic of China (PRC).

Deviating from more than four decades of “One China” policy—in which the U.S. recognizes the PRC as the sole legal government of China and maintains informal relations with the ROC while adopting a position of “strategic ambiguity” to obscure how far it would go to protect Taiwan—U.S. President Joe Biden has repeatedly threatened to use military force in response to a Chinese invasion of the island.

Although Biden warned earlier this year that Russia’s assault on Ukraine has brought the world closer to “Armageddon” than at any point since the Cuban Missile Crisis, his move to station B-52 bombers in Australia further increases the global risk of nuclear war. Japan’s new stance could escalate the prospects of war in the Indo-Pacific as well.

“After elevating its defense cooperation with Australia to semi-ally levels in recent years, Japan hopes to practice [its] new capability in joint exercises hosted by Australia and including U.S. militaries as well,” AP reported. “Last month, Japan and the United States held a major joint military exercise in southern Japan to step up the allies’ readiness.”