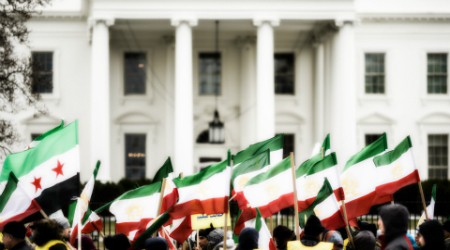 Animosity. Unrest. And then what?

Tuesday, February 6, 7:00 PM
Midpen Media Center, 900 San Antonio Road, Palo Alto [map]
Free and open to all ~ Wheelchair accessible
Click here to tell us you’ll attend and we’ll save a seat for you

“Precisely because Trump doesn’t care about the protesters and is more interested in destabilizing Iran and undoing anything and everything with Barack Obama’s name on it, he may well use the protests as a pretext to do what he has always intended to do: Kill the nuclear deal. The only deviation from Trump’s original plan is that he could now pretend to do it out of love for the people of Iran.”
(NIAC’s Trita Parsi, writing in The Nation, 1/4/18)

Donald Trump, who as a candidate urged his supporters to treat protesters “very, very rough”, came out tweeting in support of Iranian protesters who took to the streets to demonstrate against their own government’s corruption and a struggling economy. Donald Trump is the same man who has been pondering renewed sanctions on Iran, sanctions which would hurt the very people for whom he was tweeting his support.

After Barack Obama negotiated the historic nuclear agreement with Iran, it appeared that U.S. – Iran relations had a real chance to improve after decades of mutual hostility. But Trump had already quickly reversed that diplomatic thaw. Now, thanks to the administration’s opportunistic seizing of the street demonstrations to demonize Iran’s government, U.S. – Iran relations are at their most precarious since Trump took office.

Where is all this rancor headed? What would be the impact — economically and diplomatically — if the U.S. unilaterally abrogated the nuclear accord and reimposed stiff sanctions on Iran? Is direct conflict a possibility? And what actually impelled the Iranian people into the streets? These are among the questions we’ll delve into at this month’s Other Voices monthly forum. Join us … and bring your own questions. 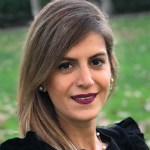 Dornaz Memarzia joined NIAC in November 2017 as the Northern California Field Organizer. Dornaz left Iran with the dream of being a human rights activist. She worked in the area of human rights and women’s rights at Freedom House and Persianate Global Network. Dornaz is a staunch advocate of the LGBTQ Community. Before joining NIAC she worked for the Commission on the Status of Women and the LGBTQ Commission of San Mateo County.