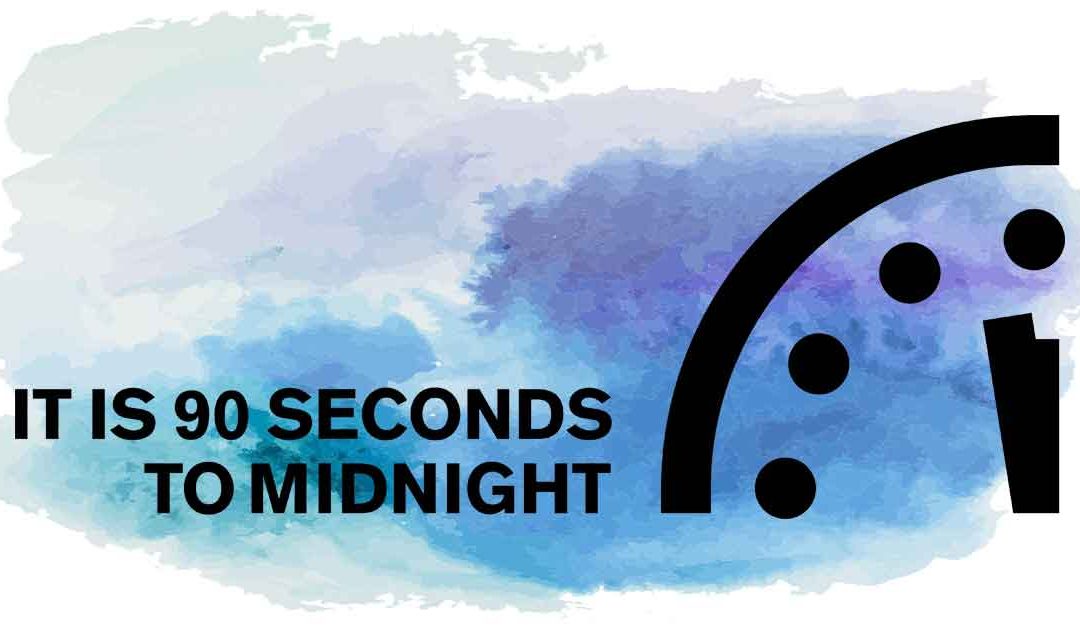 “We are on the brink of a precipice. But our leaders are not acting at sufficient speed or scale to secure a peaceful and liveable planet.”

“We are living in a time of unprecedented danger, and the Doomsday Clock time reflects that reality.”

As the bulletin’s annual statement explains, the clock—created in 1947—has reached its current position due to “an exceedingly dangerous nuclear situation,” largely from Russia’s war on Ukraine; inadequate global action to tackle the climate emergency; a “daunting array” of biological threats, exemplified by the Covid-19 pandemic; and “disruptive” technologies enabling the spread of disinformation.

“90 seconds to midnight is the closest the clock has ever been set to midnight, and it’s a decision our experts do not take lightly,” Bronson noted. “The U.S. government, its NATO allies, and Ukraine have a multitude of channels for dialogue; we urge leaders to explore all of them to their fullest ability to turn back the clock.”

While the nearly yearlong Russian invasion—with fighting over a nuclear power plant and thinly veiled threats of using weapons of mass destruction—is a primary reason humanity is now closer than ever to apocalypse, experts from across the globe emphasized that it’s far from the only threat.

The Elders chair Mary Robinson, a former president of Ireland and U.N. High Commissioner for Human Rights, stressed that “the Doomsday Clock is sounding an alarm for the whole of humanity. We are on the brink of a precipice. But our leaders are not acting at sufficient speed or scale to secure a peaceful and liveable planet.”

“From cutting carbon emissions to strengthening arms control treaties and investing in pandemic preparedness, we know what needs to be done,” she said. “The science is clear, but the political will is lacking. This must change in 2023 if we are to avert catastrophe. We are facing multiple, existential crises. Leaders need a crisis mindset.”