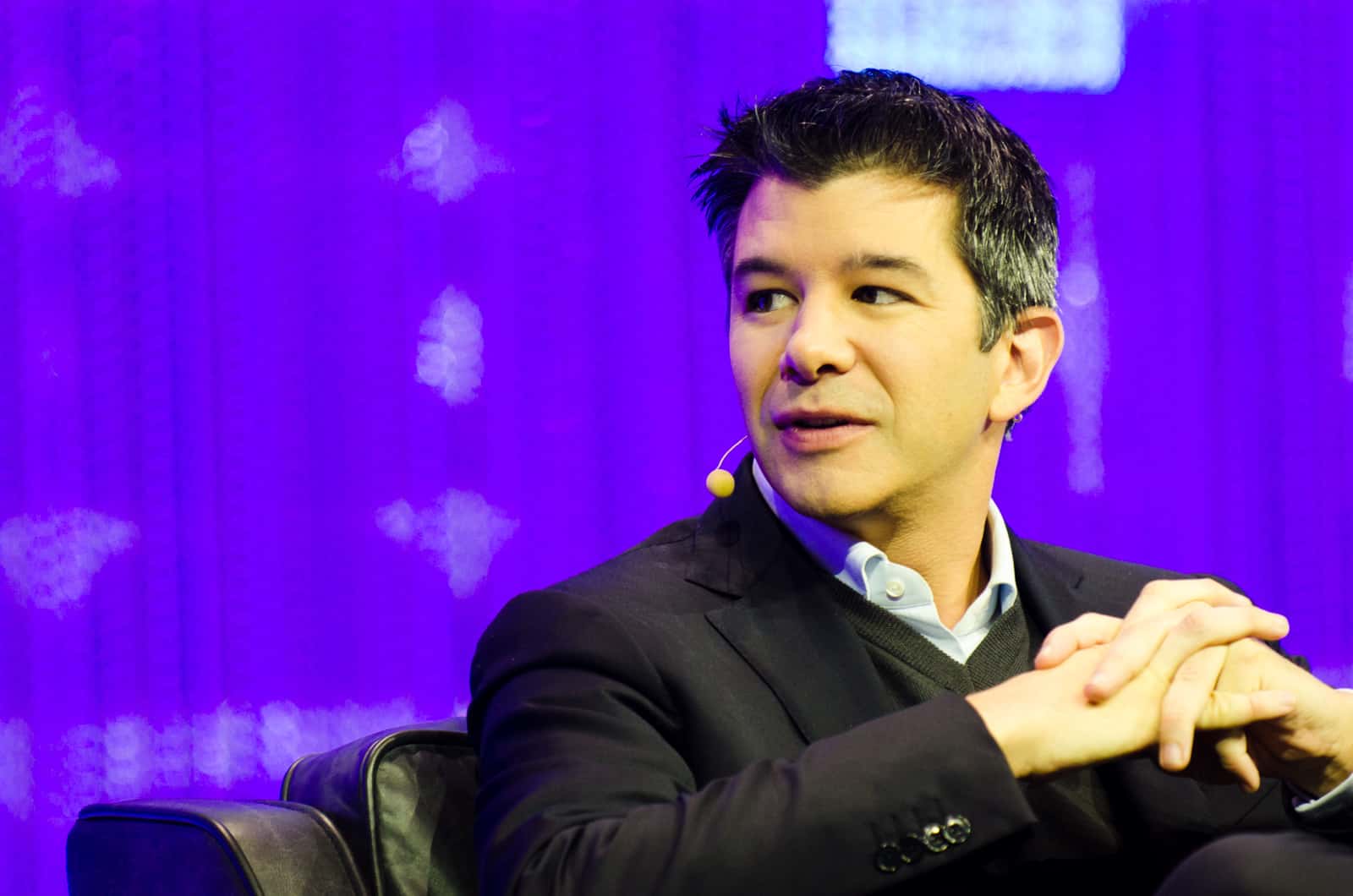 Travis Kalanick, Uber CEO. ‘Nullifying companies like Uber claim they are striking a blow against regulations they consider “out-of-date” or “anti-innovation” – their major innovation, however, is to undermine local needs and effective governance.’
(photo: Heisenberg Media/flickr/cc)

In February, Airbnb chief executive Brian Chesky compared his firm’s defiance of local housing ordinances with that of Gandhi’s passive resistance to British rule. Meanwhile, a tweeter compared Uber to Rosa Parks, defying unjust laws. Chesky quickly backed down after widespread mockery. Companies acting out of self-interest comparing themselves with the noble heroes of civil rights movements is as absurd as it is insulting.

But there is a better analogy from the US civil rights era for law-flouting firms of the on-demand economy. It’s just not the one corporate leaders claim. They are engaged in what we call “corporate nullification”, following in the footsteps of Southern governors and legislatures in the United States who declared themselves free to “nullify” federal law on the basis of strained and opportunistic constitutional interpretation.

Nullification is a wilful flouting of regulation, based on some nebulous idea of a higher good only scofflaws can deliver. It can be an invitation to escalate a conflict, of course, as Arkansas governor Orville Faubus did in 1957 when he refused to desegregate public schools and president Eisenhower sent federal troops to enforce the law. But when companies such as Uber, Airbnb, and Google engage in a nullification effort, it’s a libertarian-inspired attempt to establish their services as popular well before regulators can get around to confronting them. Then, when officials push back, they can appeal to their consumer-following to push regulators to surrender.

This happened just last week in New York City, when mayor Bill de Blasio moved to limit the number of Uber cars choking city streets during the heaviest hours of congestion. Uber pushed out advertisements voiced by celebrities including model Kate Upton and urged its wealthy users to write to city hall in protest. Mayor de Blasio stood down. Consistently, these nullifying companies claim they are striking a blow against regulations they consider “out-of-date” or “anti-innovation”. Their major innovation, however, is strategic and manipulative, and it’s meant to undermine local needs and effective governance.

Between 2005 and 2010 Google shot photos of much of the world – and many of its people – without permission for its Street View project, often pushing the limits of privacy laws along the way. In addition, Google hoovered up data from Wi-Fi networks that its cars passed through. To this day, Google has not explained why it captured all that private data. It worked. Despite some incidents in which Google had to reshoot the street scenes most regulators backed down because the public had grown used to the service or Google appeased them somehow.

Google’s strategy was to flip the defaults: Anyone who took issue with a shot on Street View was welcome to apply to have it removed. So it became our burden, not Google’s, to protect privacy. Google engaged in the same strategy of shoot (digital images) first and answer questions later when scanning copyrighted books. Some people got mad over these bold moves. Some people sued. Google worked through the conflicts later – sometimes by winning in court (as in the case of book scanning) and sometimes by losing rulings in Australia, South Korea, and Japan, and Greece, where Street View was ruled illegal in 2009.

The analogy is most obvious in the case of an American civil rights law itself. Uber has ignored advocates for the blind, and other disabled persons, when they claim Uber’s drivers discriminate against them. In response to a lawsuit by the National Federation of the Blind, Uber bluntly asserts that it’s merely a communication platform, not the type of employer meant to be covered by the Americans with Disabilities Act. Some judges and regulators accept that reasoning; others reject it. But the larger lesson is clear: Uber’s aggressive efforts to avoid or evade disability laws are nothing less than a form of corporate nullification, as menacing to the rule of law as defiance of civil rights laws in the days after courts ruled against racial segregation in the US.

One could make a strong argument that France would benefit from more taxi drivers and more competition. But that’s for the people of France to decide through their elected representatives. The spirit of Silicon Valley should not dictate policy for the rest of the world. New York, Paris, London, Cairo, and New Delhi all have different values and traffic issues. Local needs should be respected.

Consider what it would mean for such a universalising approach to prevail. The business model of Uber would become that of law-flouting bosses generally. Reincorporate as a “platform”, intermediate customer requests and work demands with an app, and voila!, far fewer laws to comply with. Worse, this rebel attitude signals to the larger culture that laws and regulations are quaint and archaic, and therefore hindrances to progress. That could undermine faith in republican government itself.

In the 1950s and 60s, Southern governors thought they’d found a similar tactic to avoid the civil rights laws that they most despised. Though the strategy failed, the idea still animates reactionaries. Former Arkansas governor Mike Huckabee, now running for president, has even suggested that the US supreme court’s recent gay marriage decision should effectively be nullified by sovereign states.

Of course, a republic can’t run without authorities who follow the rule of law. Civil disobedience by citizens can be an important challenge to corrupt or immoral politicians, but when corporate leaders themselves start breaking the law in their own narrow interests, societal order breaks down. Polishing their left-libertarian veneer, the on-demand economy firms now flouting basicemployment and anti-discrimination laws would like us to believe that they follow in the footsteps of Gandhi’s passive resistance, rather than segregationists’massive resistance. But their wealthy, powerful, nearly-all-white-and-male cast of chief executives come far closer to embodying, rather than fighting, “the man”.

As Silicon Valley guru Peter Thiel has demonstrated, the goal of tech firms is not to compete – it is to so monopolise a sector that they basically become synonymous with it. Uber’s and Airbnb’s self-reinforcing conquests of markets attract more venture capital (VC) investment, which in turn enables more conquests, which in turn attracts more VC money. As that concentration of economic power continues apace, it’s more vital than ever to dispute Silicon Valley oligarchs’ self-aggrandising assertions that they follow in the footsteps of civil rights heroes.

As allegedly “innovative” firms increasingly influence our economy and culture, they must be held accountable for the power they exercise. Otherwise, corporate nullification will further entrench a two-tier system of justice, where individuals and small firms abide by one set of laws, and mega-firms create their own regime of privilege for themselves and power over others.

Frank Pasquale is a professor at the University of Maryland School of Law and the author of Black Box Society: The Secret Algorithms that Control Money and Information (Harvard University Press, 2015).

Siva Vaidhyanathan is a professor of media studies at the University of Virginia and the author of The Googlization of Everything – and Why We Should Worry (University of California Press, 2011).