Posted on May 16, 2016 Posted By: TD Daniell Categories: Current News 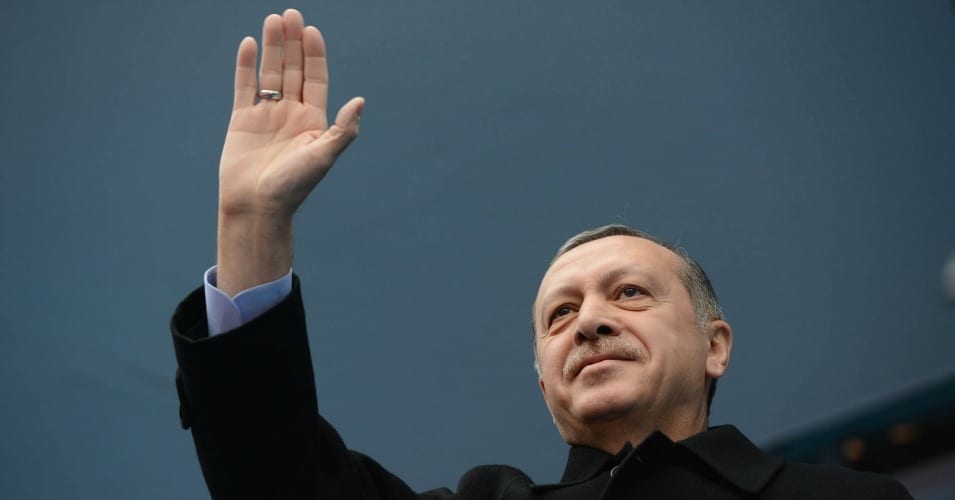 Turkey’s march towards authoritarianism took another dangerous turn this past week with the forced resignation of moderate Islamist Prime Minister Ahmet Davutoglu, apparently at the insistence of President Recep Tayyip Erdoğan.

Though constitutionally the Turkish prime minister wields executive authority and the president is largely a figurehead, Erdoğan—who served as prime minister for eleven years before term limits forced him to step down in 2014—appears to still be in charge.

And he is becoming ever more autocratic.

With his Justice and Development Party (AKP) controlling a sizable majority in parliament, Erdoğan has been steadily increasing his grip on power, with police raids on opposition media, the jailing of independent journalists on trumped-up charges, severe repression in Kurdish-populated areas and arrests of even moderate non-violent Kurdish leaders for alleged terrorist ties, the undermining of the independent judiciary, and the arrests of political opponents.

Though often portrayed as a struggle between autocratic Islamists and democratic secularists, the situation in Turkey is not that simple. The secular nationalist governments which ruled the Turkish Republic for most of its first eight decades were either semi-autocratic center-right plutocracies or rightwing military dictatorships, with those subsequent to World War II maintaining close strategic ties with the United States.

The election of Erdoğan and the AKP in 2003 was initially welcomed by some pro-democracy elements as a means of weakening the military’s overbearing influence, breaking up the old corrupt oligarchic order, and challenging U.S. hegemony. However, the AKP has proved itself to be at least as corrupt, oligarchical, deferential to the wealthy and powerful economic interests as the secular elites they replaced. Erdoğan’s social conservatism and Islamist rhetoric has alarmed both Western nations and educated secular Turks.

In addition, Erdoğan has cultivated a kind of cult of personality not seen in a Turkish leader since the days of founding President Mustafa Kemal Atatürk. Indeed, rather than resembling Iran of the ayatollahs as some initially feared, it is instead looking increasingly like the Russia of Vladimir Putin.

Not that taking him on would be easy.

Erdoğan remains genuinely popular. In a manner comparable to conservative Republican leaders in the United States, he has taken advantage of the resentment of religious Turks in rural areas and poor working class communities, winning their allegiance by portraying himself as their ally against liberal secular urban elites, despite the fact that the AKP’s economic policies primarily benefit the wealthy at the expense of the poor majority.

This cultural divide has been exacerbated by the often-condescending views towards AKP supporters held by educated Europeanized liberals of the country’s western cities. Many of these urbanites express nostalgia for former governments led by long-discredited corrupt secular nationalist politicians or military rulers. This has made the development of an electoral majority that can successfully challenge the AKP’s growing power extremely difficult.

The good news is that this has not stopped the people of Turkey from fighting back.

Civil society movements, stressing democracy and economic justice, are growing and becoming better organized. In 2013, the violent breakup of a nonviolent sit-in in Istanbul’s Taksim Gezi Park protesting a planned urban development project in one of the city’s few remaining downtown green spaces spawned a mass movement demanding greater democracy, government transparency, and economic justice. Over the next several weeks, over three and a half million Turks took to the streets in more than 5,000 demonstrations across the country.

As with the Occupy! movement in the United States, the protesters were unable to sustain their momentum, but it has helped spawn important grassroots initiatives and curtailed the state’s efforts at consolidating power still further. Organized labor, feminists, environmentalists, civil libertarians, and anti-war activists have become increasingly bold in challenging government policies, as have those fighting government corruption, economic injustice, and suppression of Kurdish rights.

And just as Turkey has produced elite autocratic secularists, it has also developed progressive democratic Islamists. A group known as Antikapitalist Müslümanlar (Anti-Capitalist Muslims) has played an important role in the popular opposition, challenging the corruption, arrogance, social conservatism, and crony capitalism of the new Islamic bourgeoisie nurtured by the AKP, and instead stressing Islam’s message of social justice, respect for the environment, and honest governance.

Antikapitalist Müslümanlar have organized a series of campaigns and creative public protests challenging the AKP’s claims of representing religious Turks. During Ramadan, when the ruling party hosted an ostentatious iftar (the evening meal breaking the daylong fast) for the party’s wealthy supporters in Taksim Square, they put together a simple “people’s iftar” for thousands sitting on the pavement in a nearby pedestrian mall.

Whether such mobilizations of pro-democracy forces, both Islamic and secular, can coalesce into a large enough force to prevent Erdoğan from establishing a full-fledged dictatorship remains to be seen. The forces of reaction are gaining strength in Turkey, but so is the democratic resistance.