Trump’s War on the Truth Tellers 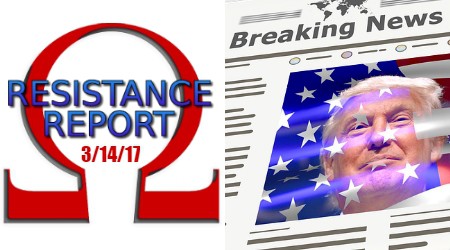 Extra! Extra! Read all about it! The it in that old cliche used to mean truth, a reliable rundown of what the powerful are really up to. Nowadays, thanks to the Trump Regime’s unrelenting assault on traditional democratic institutions, it is likely to be anything but the truth.

In his 2011 memoir, Breitbart summed up his position, writing, “The left wins because it controls the narrative. The narrative is controlled by the media. . . . I am at war to gain back control of the American narrative.”

Trump’s big lies are bad enough because they subvert the truth and sow confusion. But Trump’s attacks on the institutions we rely on as sources of the truth are even more dangerous, because they make it harder for the public to believe anything. In a democracy, the truth is a common good. Trump is actively destroying the truth-telling institutions our democracy depends on.

Eric Boehlert, AlterNet: Why Is the Media Laughing Off the Trump Administration’s Brazen Lies?

Normalizing Trump’s radical agenda — and especially his penchant for casual lying– is not funny, nor should it be treated in a lighthearted manner. Lying about employment figures and propagating the dark theme that the U.S. government constantly lies to citizens, even about non-controversial issues like jobs statistics, is dangerous. And it doesn’t deserve a laugh track.