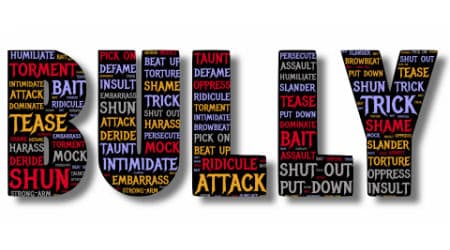 With congressional Republicans in the majority in Congress and unwilling to cross Donald Trump, the job of containing Trump’s incipient tyranny falls to three centers of independent power: the nation’s courts, its press, and a few state governments.

Which is why Trump is escalating attacks on all three.

After federal Judge James Robart – an appointee of George W. Bush – stayed Trump’s travel ban last Friday, Trump leveled a personal attack on the judge. “The opinion of this so-called judge, which essentially takes law-enforcement away from our country, is ridiculous and will be overturned!” Trump tweeted Saturday morning.

This was followed by another, late Sunday night: “Just cannot believe a judge would put our country in such peril. If something happens blame him and court system.”

For a President to personally attack a federal judge who disagrees with him is a dangerous overstepping of presidential power.

As Alexander Hamilton famously wrote in the Federalist No. 78, the judiciary is the “least dangerous” branch of government because it has “no influence over either the sword or the purse.” It depends for its power and legitimacy on congress and the president.

Mike Pence tried to defend Trump, saying “the president of the United States has every right to criticize the other two branches of government. And we have a long tradition of that in this country.”

Wrong. While other presidents have publicly disagreed with court decisions, none before Trump has gone after individual judges with personal invective. None has tried to intimidate individual judges. None has questioned the legitimacy of the courts.

Trump is on the warpath against Robart because he defied Trump.

Speaking to the U.S. Central Command on Monday, Trump veered off his prepared remarks to make a remarkable claim: The media was intentionally covering up reports of terrorist attacks.

“You’ve seen what happened in Paris, and Nice,” Trump told the assembled military officers. “It’s gotten to a point where it’s not even being reported. And in many cases the very, very dishonest press doesn’t want to report it. They have their reasons, and you understand that.”

Trump thereby elevated his advisor Kellyanne Conway’s “Bowling Green massacre” justification for his travel ban – a massacre that she claimed the press had failed to cover, but which in fact never occurred – to a higher and vaster level of conspiracy.

What could be the press’s reason for covering up terrorist attacks, in Trump’s mind? What is it that Trump assumed the military officers “understood?”

The only possible inference is Trump believes that the press – like Judge Robart – seeks to imperil our nation, because it doesn’t cow tow to Donald Trump.

State governments pose a third line of defense against Trump. Several state attorneys general have taken Trump’s travel ban to court, and one particularly large Democratic state – California – has defied him on immigration and the environment. So Trump is directed his ire against these states as well.

In a televised interview Sunday, Trump threatened to take federal dollars away from California. “We give tremendous amounts of money to California … California in many ways is out of control …. We may have to [defund California]. Certainly that would be a weapon,” he told Fox News’s Bill O’Reilly,

Fiscally, California isn’t “out of control.” Since 2013, the state has operated with a budget surplus. That’s more than can be said for the federal government. Or for Trump’s own business, for that matter.

Trump’s real beef is California is independent of him. It has defied Trump with its high environmental standards and “sanctuary” cities. Even worse, from his standpoint, its citizens voted against him in the 2016 election by 2 to 1, for a total of over 4 million votes. He can’t seem to get this out of his mind.

Trump has repeatedly suggested that millions of those votes were fraudulent. Last week, Trump spokesman Sean Spicer identified California as one of the “bigger states” that merit a federal probe into election fraud, adding, “That’s where I think we’re gonna look.”

But Trump has no evidence of voter fraud in California, or any other state for that matter.

For Trump, evidence is irrelevant. California needs to be taught a lesson – just as do Judge Robart and other members of the federal judiciary who defy him, just as do journalists and media outlets that criticize him. And what is that lesson? That they dare not cross Trump.

The judiciary, the press, and California are major centers of resistance to Trump, because they are independent of him. So he’s escalating his attacks on them.