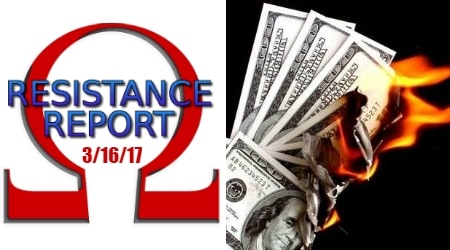 A president’s first budget outline sent to Congress each year is known as a “skinny budget”. It is short on details. The real budget proposal comes in May. But the skinny budget tells Congress and the public in what direction the president would like to take the country. The Trump Regime’s budget outline tells us one thing: You really, really don’t want to go there.

Michael Paarlberg, The Guardian: Trump’s budget: the dream of a paranoid strongman and a vicious Scrooge

Trump’s budget isn’t about saving money. And it isn’t about rebuilding a “depleted” military for a country that already spends more on defense than the next twelve countries combined. Trump’s plan is about catering to his base. Not the fabled white working class, who will soon lose their WIC, heating subsidies, and job training. No, his real base, those golfing buddies and board members at companies like Lockheed, who want lower taxes and access to the government spigot, and want poor people to pay for it all.

Brian Resnick, Vox: Trump’s budget is everything scientists have been fearing

The topline numbers of President Donald Trump’s budget proposal should give the nation’s scientists shivers. The administration doesn’t seem to think science should be a priority at all. This budget proposal tells the public and Congress where the president’s concerns lie. And they don’t appear to be issues like climate change, disease treatment and prevention, or basic research funding for universities.

Donald Trump’s $1.15 trillion government spending plan slashes programs that help those in need while redirecting billions to waging a war on undocumented immigrants, in what Truthdig Editor in Chief Robert Scheer describes in an email to staff as “the uprooting of a people on a scale never before witnessed in this nation’s history.”