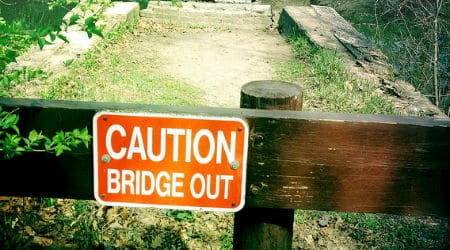 As the White House official responsible for overseeing implementation of President Obama’s massive infrastructure initiative, the 2009 Recovery Act, I’ve got a simple message for Democrats who are embracing President-elect Donald Trump’s infrastructure plan: Don’t do it. It’s a trap. Backing Trump’s plan is a mistake in policy and political judgment they will regret, as did their Democratic predecessors who voted for Ronald Reagan’s tax cuts in 1981 and George W. Bush’s cuts in 2001.

First, Trump’s plan is not really an infrastructure plan. It’s a tax-cut plan for utility-industry and construction-sector investors, and a massive corporate welfare plan for contractors. The Trump plan doesn’t directly fund new roads, bridges, water systems or airports, as did Hillary Clinton’s 2016 infrastructure proposal. Instead, Trump’s plan provides tax breaks to private-sector investors who back profitable construction projects. These projects (such as electrical grid modernization or energy pipeline expansion) might already be planned or even underway. There’s no requirement that the tax breaks be used for incremental or otherwise expanded construction efforts; they could all go just to fatten the pockets of investors in previously planned projects. CONTINUE READING AT THE WASHINGTON POST