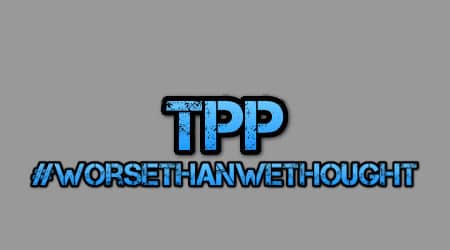 WASHINGTON, D.C. — Today’s long-awaited release of the text of the Trans-Pacific Partnership (TPP) reveals that the pact replicates many of the most controversial terms of past pacts that promote job offshoring and push down U.S wages while further expanding the scope of the controversial investor-state system and rolling back improvements on access to affordable medicines and environmental standards that congressional Democrats forced on the George W. Bush administration in 2007.

“Apparently, the TPP’s proponents resorted to such extreme secrecy during negotiations because the text shows that the TPP would offshore more American jobs, lower our wages, flood us with unsafe imported food and expose our laws to attack in foreign tribunals,” said Lori Wallach, director of Public Citizen’s Global Trade Watch. “When the administration says it used the TPP to renegotiate NAFTA, few expected that meant doubling down on the worst job-killing, wage-suppressing NAFTA terms, expanding limits on food safety and rolling back past reforms on environmental standards and access to affordable drugs.”

“Many in Congress said they would support the TPP only if, at a minimum, it included past reforms made to trade pact intellectual property rules affecting access to affordable medicines. But the TPP rolls back that past progress by requiring new marketing exclusivities and patent term extensions, and provides pharmaceutical firms with new monopoly rights for biotech drugs, including many new and forthcoming cancer treatments,” said Peter Maybarduk, director of Public Citizen’s Access to Medicines program. “The terms in this final TPP text will contribute to preventable suffering and death abroad, and may constrain the reforms that Congress can consider to reduce Americans’ medicine prices at home.”

The text also confirms that demands made by Congress and key constituencies were not fulfilled.

“From leaks, we knew quite a bit about the agreement, but in chapter after chapter, the final text is worse than we expected with the demands of the 500 official U.S. trade advisers representing corporate interests satisfied to the detriment of the public interest,” said Wallach.

Today’s text release confirms concerns about the TPP that were based on earlier leaks and reveals ways in which the TPP rolls back past public interest reforms to the U.S. trade model and expands anti-public interest provisions demanded by the hundreds of official U.S. corporate trade advisers:

Anti-public interest provisions that are the same as past U.S. pacts

Please see a bullet point analysis of key TPP investment, food safety, labor and environmental, market access, rules of origin, procurement and other provisions prepared by labor and public interest experts for more details. More detailed analyses of each chapter will be available next week.

The TPP can take effect only if the U.S. Congress approves it, given the rules specifiying the conditions that must be met for the TPP to go into effect. The TPP’s fate in Congress is uncertain at best given that since the trade authority vote, the small bloc of members of the U.S. House of Representatives who made the narrow margin of passage possible have expressed concerns that the text release shows were not addressed.

“Now that Congress and the public can scrutinize the actual text, the reality that it fails to meet Congress’ demands and its terms would be harmful to most Americans will replace the administration’s myth-based sales job for the TPP, further dimming the TPP’s prospects in Congress,” Wallach said.