To Pay for Subsidies to Massive Corporations, States Are Waging War on Poor Families 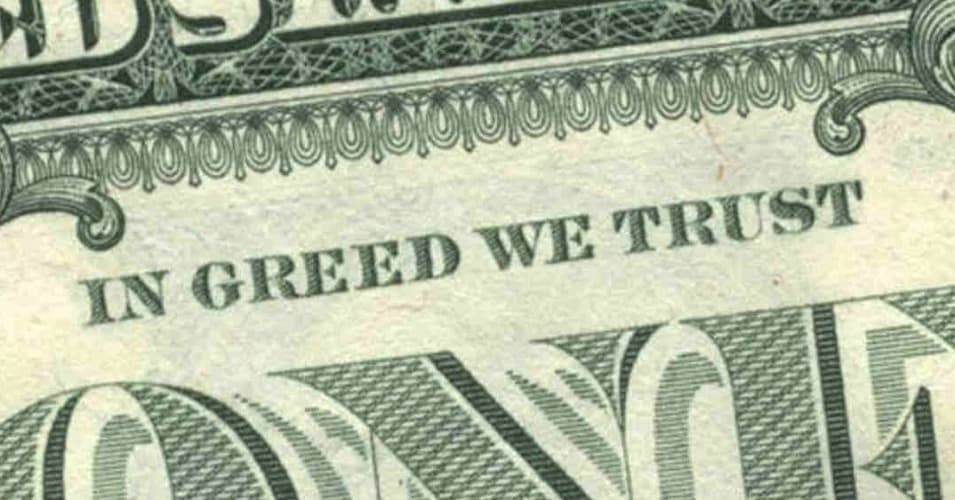 To witness the consequences of a political system captured by and utterly subservient to the interests of organized wealth, take a quick look at the state of Oklahoma.

There we see the embodiment of the economic trends that have, over the past several decades, harmed working families and lifted the wealthiest: While providing a windfall of cash to special interests, particularly big oil, the state is cutting education and slashing funds allocated for the earned income tax credit, widely recognized as one of the more effective anti-poverty programs.

As the state cuts benefits for the poor, “Oklahoma’s tax breaks for the oil and gas companies — among the most generous in the nation — gave the industry $470 million in tax relief last year,” a recent New York Times editorial observes.

“It’s despicable to balance the budget on the backs of the most vulnerable population” while refusing to push any of the burden onto the wealthiest, lamented State Representative Emily Virgin.

One can look, also, to Wisconsin, where the Koch-backed governor Scott Walker achieved political prominence on the basis of his record of “taking on” unions and his philosophical approach to governance, which, though shrouded in libertarian garb, largely consists of socialism for the rich and austerity for everyone else.

In July of 2015, Walker cut the budget of the University of Wisconsin, one of the nation’s top public schools, by $250,000 — the same amount, coincidentally, that he, the very next month, allocated for the construction of a brand new stadium for the state’s basketball team, the Milwaukee Bucks.

As government increasingly defers to the interests of those who now bankroll political campaigns — not just in a handful of states, but nationwide — union influence has dwindled, deep poverty has soared, and the middle class has collapsed.

The war on poverty has thus been enveloped and surpassed by a different war — the war for corporations.

Corporate influence was prevalent and pernicious long before the Supreme Court’s Citizens United decision. But, as a result of that decision, this influence was amplified — and a new status quo emerged. In 2016, political donations have come from a tiny concentration of wealthy families, as both the New York Times and the Washington Post have reported.

“A small core of super-rich individuals is responsible for the record sums cascading into the coffers of super PACs for the 2016 elections, a dynamic that harks back to the financing of presidential campaigns in the Gilded Age,” write the Post’s Matea Gold and Anu Narayanswamy.

Floods of corporate cash are now accepted as a normality, sometimes with feigned reluctance, by both of America’s major political parties. Meanwhile, working families have seen their political influence fall to “near zero.”

This sharp divide in political clout can be seen clearly in many areas of American politics, from the health care debate to tax policy.

Perhaps the most striking divide, though, can be found by examining who benefits financially from government policies.

This divide can be measured in many ways, one of which is the flow of taxpayer dollars. Increasingly, as taxpayer money is siphoned away from public education and anti-poverty programs, it has moved in the direction of massive corporations in various industries, from pharma to oil.

Late last month, the folks at Good Jobs First, a non-profit research center dedicated to tracking subsidy dollars and promoting transparency, reported that their eminently useful Subsidy Tracker had hit a new milestone: Since its launch in 2010, the Subsidy Tracker has logged 500,000 federal and state grants, tax breaks, and “megadeals” that placed “more than $250 billion” into the coffers of corporate America.

Conservative politicians often make a show of condemning the use of taxpayer dollars on anti-poverty programs; they frequently and urgently insist upon fiscal responsibility, and they demonize the poor as welfare moochers who have locked themselves in a cycle of chronic dependency.

“Now as in the past, elites have rolled out tales of a parasitic and undeserving poor to deflect public anger from themselves,” write Sanford Schram and Joe Soss. “Lazy and criminal ‘takers’ who abuse the goodwill of hardworking taxpayers are offered up as a handy scapegoat for the new hard times and a ready explanation for fiscal shortfalls.”

But rarely is a word uttered about the sum of taxpayer dollars being doled out to some of the most profitable companies in the country.

The numbers are often most staggering at the state level, where many governors are insistent that, in order to cut into deficits and balance the budget, funds must be removed from education and welfare. Subsidies to big business, however, are left alone.

Taking advantage of this growing economic clout and empowered by preferential treatment, major companies have begun to use their muscle to wrest even more money from the pockets of taxpayers.

The case of Boeing — “the world’s largest aerospace company” — is instructive. In 2013, “Washington Gov. Jay Inslee (D) signed into law the largest corporate tax break in any state’s history, with an estimated lifetime value of $8.7 billion,” the Washington Post reported.

Ostensibly, the tax break was to “entice Boeing to build its 777X plane in the state.”

Almost a year later, long after the tax benefits were secured, Boeing announced its plans to ship thousands of jobs out of the state.

And Boeing continues to shed jobs as it reaps the gains from a lower tax burden, all at the expense of the people of Washington, who have been forced to endure cuts to state health care programs and other “basic public services.”

The Boeing case is far from exceptional: Broadly speaking, large, powerful businesses are the main beneficiaries of corporate welfare — not, as it is sometimes asserted, small businesses looking to climb the competitive ladder.

Good Jobs First, in a 2015 report titled “Uncle Sam’s Favorite Corporations,” noted that, “Two-thirds of the $68 billion in business grants and special tax credits awarded by the federal government over the past 15 years have gone to large corporations.”

Furthermore, “federal agencies have given the private sector hundreds of billions of dollars in loans, loan guarantees and bailout assistance, with the largest share going to major U.S. and foreign banks.”

And as wealthy CEOs and their politically influential companies gain unrestricted access to the Treasury, the most vulnerable are increasingly locked out.

“After accounting for inflation, cash welfare benefits slid 35 percent between 1990 and 2015,” writes the Washington Post’s Janell Ross. “And most year-to-year increases in welfare benefits paid to families are so small it’s hard to imagine the mathematical basis on which they were set. For instance, in 2014 in South Carolina, a poor family of three that met all program guidelines could receive up to $277 a month. In 2015, that figure climbed all of $3 to $280.”

It is these corporations, non-human entities in no need of food or clothing, that deserve our scorn for the extent to which they depend on taxpayers for their continued growth — the same taxpayers that, as a result of corporate greed and government duplicity, are forced to endure the consequences of a system that is, as economist Joseph Stiglitz has put it, “of the 1%, by the 1%, for the 1%.”