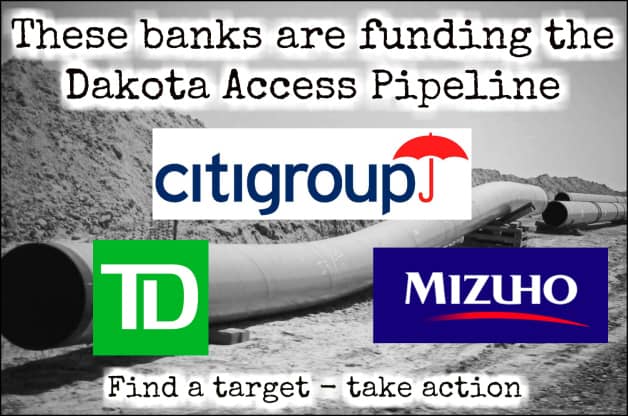 One of the accusations most frequently lobbed at BDS activists (Boycott, Divestment and Sanctions against Israel) is that “boycotts are divisive.” Apparently, they drive a wedge in society, pitting community members against each other.  Our response has consistently been that the division is already there, between those who support justice and equal rights for all, and the Zionists, who advocate ethno-religious supremacy and the disenfranchisement of the Palestinian people.  And since our country, our government, our tax dollars, support Zionism, we are inevitably involved in the oppression.  In other words, there is no “default” position of neutrality, which BDS “threatens.”  The polarity already exists, it is only being brought into prominence by boycotts, which allow people to act upon their conscience.  By default–meaning by not engaging in BDS–we are siding with the oppressor, whereas the targeted boycott of Israeli products, and of companies that benefit from Israel’s violations of the human rights of the Palestinian people, allows us to switch sides, so as to be on the side of justice.

Today, as the US is fast becoming more openly polarized around various political developments not directly related to Palestine justice, we are seeing a number of calls for boycotts and divestment, and a national embrace of boycotts by both conservative and progressive groups.  Again, boycotts are not polarizing the people engaging in them; rather these are groups and individuals with strong opinions about certain issues, who find boycotts to be a useful tool in their rejection of what they consider unethical, unjust, unacceptable.

Thus we see that the “Water Protectors,” the opponents of the North Dakota Access Pipeline (DAPL) are calling for divestment from banks that fund the DAPL  (a call known on social media as #bankexit) and people around the nation are withdrawing their money from these banks, and placing them in credit unions, or smaller banks, not involved in financing the DAPL.  The divestment itself is not viewed as “divisive.” Rather it is the action of people who understand that their money would otherwise support the side they oppose, on an issue they feel very strongly about.  The struggle between the DAPL and the Standing Rock Sioux Nation would exist anyway, it is not the call for taking out one’s money from certain banks that somehow caused the confrontation.

One  #bankexit national call to action reads:  “Join us for 3 days of divesting on November 30th, December 1st, and December 2nd.  With hundreds of customers closing their accounts in protest of the banks funding DAPL, and public demonstrations of community strength, the message to the banks will be loud and clear:  if you continue to invest in the DAPL project, your customers will choose another bank!”

That call clearly articulates the impetus behind the calls for divestment put out by BDS activists for justice in Palestine:  the community is sending a message to companies that we do not approve of the projects in which they invest our money.

Similarly, many lists have recently started circulating, in the wake of Donald Trump’s election, that call for a boycott of companies that do business with the Trump dynasty—be these Trump’s own capitalist ventures, or his daughter’s fashion line, the latter under the hashtag #grabyourwallet.  The call for boycott is not what divided the nation, rather, it came as a strategy for those who already have strong opinions about the Trump presidency.  Indeed, one boycott call issued as early as June 2016 reads: “If you disagree with Donald Trump and want your voice heard, vote in the presidential election in November and vote with your wallet, every day.”

Progressives are definitely not the only people calling for boycotts.  Various  conservative groups, including the American Family Association (AFA), and the Concerned Women of America, have called for a boycott of Target stores over their LGBTQ-friendly policy, which  “welcome[s] transgender team members and guests to use the restroom or fitting room facility that corresponds with their gender identity.”

The AFA drafted a petition saying, it “means a man can simply ‘say he feels like a woman’ and enter the women’s restroom even if young girls or women are already in there … (this) is exactly how sexual predators get access to their victims.”

Concerned Women of America wrote: “At Concerned Women for America (CWA), we know we can’t just vote with a ballot, we must also vote with our wallets. Our hope is that Target will hear our vote loud and clear this holiday season.”

And, to give just one more recent example, Trump supporters are calling for a boycott of the Broadway show “Hamilton,” after its cast read a statement to Mike Pence, Trump’s elected vice-president, following a performance he attended.

Apparently, ‘tis the season to boycott!

At the same time, there is a flurry of legislation in many US states against boycotts, sponsored by Zionists seeking to delegitimize BDS. The legislation has already been challenged and defeated as anti-constitutional in a few states, notably Maryland and Virginia.  But bills are still being proposed, which will be discussed and voted on when the legislative sessions open again in January.  To challenge such “lawfare,” legal allies such as Palestine Legal, the National Lawyers Guild, and the Center for Constitutional Rights are arguing that boycotts qualify as our First Amendment right to freedom of expression.

A very helpful article in the Harvard Law Review points out that the Supreme Court has long held that boycotts to bring about political, economic, and social change – like boycotts for Palestinian rights – are a form of expression protected by the First Amendment. This was established when the Supreme Court reviewed the case of the NAACP boycott of white-owned businesses to pressure city officials to meet demands for racial equality and integration.  The Court recognized that political boycotts involve a range of expressive activity and rely on the First Amendment freedoms of “speech, assembly, association, and petition.”  Thus when a bill advocates legal repercussions for engaging in boycotts, that bill is infringing on citizens’ First Amendment rights.

Indeed, our rights are coming under attack from various angles.  As Garrett Epps, professor of Constitutional Law at the University of Baltimore, noted on the morning after the 2016 presidential elections: “There is hardly a provision of the Bill of Rights or later amendments [Trump] did not explicitly promise to override, from First Amendment freedom of the press and of religion to Fourth Amendment freedom from ‘unreasonable searches and seizures’ to Sixth Amendment right to counsel to Fourteenth Amendment birthright citizenship and Equal Protection and Fifteenth Amendment voting rights.”

In Washington state, where I live, the Democratic party has issued a strongly-worded statement, expressing extreme concern over the criminalization of public protest and “Washingtonians’ use of the First Amendment.” Of course, it is nothing short of ironic that this is the party of the presidential candidate, Hillary Clinton, who repeatedly vowed to fight and delegitimize BDS.

Rather than being divisive, then, will boycotts become the grassroots movement that “unifies” this country, as our constitutional rights come under further attack?  As more people “vote with their wallets,” and grow to better appreciate the accessibility, but also the legality of boycotts, we need to understand that now is the time to deal a blow to challenges against this strategy.

Boycotts are legal, they are protected by our First Amendment right to free speech and freedom of expression, and they can be targeted at department stores with liberal policies, as well as at companies that profit from the violation of human rights and the desecration of indigenous lands, from Standing Rock to Palestine.  We cannot allow Zionists, be they Democrats or Republicans, to abrogate our constitutional rights, so as to further shield Israel from accountability.

Nada Elia is a Diaspora Palestinian writer and political commentator, currently working on her second book, Who You Callin’ “Demographic Threat?”: Notes from the Global Intifada. A professor of Gender and Global Studies (retired), she is a member of the steering collective of the US Campaign for the Academic and Cultural Boycott of Israel (USACBI)