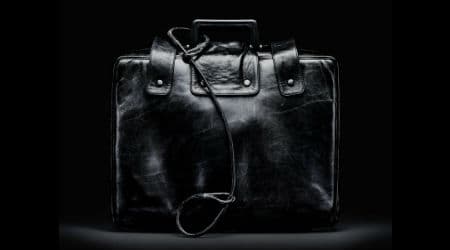 Speculation about whether Donald Trump can be trusted with his finger on the nuclear “button”, should he be elected president, is a reminder that the world’s survival rests on a hair trigger.

Contrary to popular belief, there is no actual button to be pushed. But the president of the United States goes nowhere without a briefcase (the “football”) containing a menu of targets and list of verification codes (the “biscuit”). Twenty-five years after the end of the Cold War,does it make sense to hold human existence hostage to the decision of one individual, acting alone, on a moment’s notice?

To answer this question, we first need to consider the circumstances under which the use of nuclear weapons would ever be contemplated.

The primary purpose of having a nuclear arsenal is not to use it. U.S. officials view nuclear weapons first and foremost as a deterrent to attacks on America and its allies—if not to threaten mutual assured destruction then at least to impose unacceptable costs. But deterrence assumes three things: that the attack is intentional, that the adversary is rational, and that the threat is credible. Nuclear weapons cannot “deter” an accidental launch, nor can they scare a madman out of his desire to become a martyr.

If the United States found itself under nuclear attack, the first thing any president would want is time: to ascertain whether the assault was deliberate, to determine who planned or ordered it, to work out an effective and proportionate response, and to obtain congressional authorization. No responsible leader would order a nuclear strike without conferring with military chiefs and diplomatic advisors, assessing the extent of the damage, examining all available options, and calculating the likely consequences. Remember, President Bush took nearly a month after 9/11 to launch Operation Enduring Freedom in Afghanistan. Even an all-out blitzkrieg on U.S. military targets would leave more than enough nuclear warheads intact to devastate the enemy.

First, if the attacker were a non-state actor such as the Islamic State or al-Qaeda, there would be no way to retaliate using nuclear arms without causing unacceptable levels of civilian casualties. Under customary international humanitarian law, states must take “all feasible precautions” to avoid and minimize incidental loss of civilian life, injury to civilians, and damage to civilian infrastructure. This is why presidential candidate Ted Cruz’s threat to “carpet bomb” the Islamic State was so roundly criticized and why Trump’s proposal to “take out the families” of terrorists would be a war crime. U.S. guidelines on drone strikes explicitly recognize this principle.

Second, nuclear arms are not always the most effective tools for achieving strategic aims. Most threats could be better managed with a conventional response that did not cause widespread civilian carnage, disrupt the global climate, and raise the chances of expanding the conflict.

Although some have argued that the United States should use tactical nukes to obliterate Iran’s nuclear facilities, a nuclear-armed earth penetrator would not likely destroy a deeply buried arsenal and could end up dispersing radiation and toxic agents into the atmosphere. That is why the Pentagon is stockpiling conventional bunker-busters instead.

In the exceedingly unlikely event that Russia or China launched a nuclear attack, even a “measured” response could easily escalate into total annihilation. The use of a single nuclear weapon in one major city could kill hundreds of thousands immediately. The 1986 Chernobyl disaster, which exposed five million people to radioactive fallout, left a 1,000-square-mile exclusion zone unsafe for human habitation and continues to elevate cancer risks. Five years after the Fukushima meltdown, the facility is still leaking radiation that scientists believe is washing up on U.S. shores, and will for decades.

Carrying around the “nuclear football” may be designed to reinforce the credibility of our nuclear deterrent, but this is largely a charade. There are virtually no circumstances under which it would ever make sense for the United States to use a nuclear weapon, whether preemptively or in retaliation, and certainly not on a moment’s notice. Whatever horrific destruction we might sustain from a nuclear explosion on our own territory, responding in kind would likely prolong and compound our own suffering. Other countries can only interpret the ever-present suitcase in one of two ways: as sheer theatrics, or as nuclear blackmail, neither of which is particularly conducive to building international cooperation.

It may be very difficult for the U.S. security establishment to accept or acknowledge that our nuclear deterrent has outlived its usefulness. But at the very least we should make the world safe from someone with an itchy finger.

Diana Ohlbaum is the owner of DLO Global LLC, an independent consulting firm providing legislative and political strategy for sustainable human security, and a board member of the Center for International Policy. In addition to conducting oversight of U.S. foreign assistance on Capitol Hill for nearly 20 years as a senior professional staff member of the House Foreign Affairs Committee and the Senate Foreign Relations Committee, she has managed post-conflict programs at USAID and directed policy and advocacy at InterAction. Dr. Ohlbaum holds a Ph.D. in political science from Johns Hopkins University and a B.A. in Russian studies from Amherst College.