Time for Congress to Stop Hollering at CEOs and Take Action 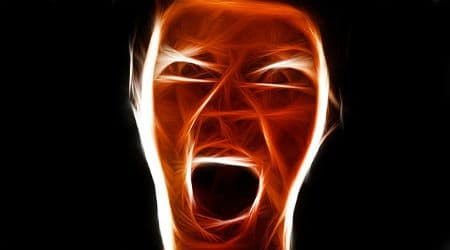 The Senate Banking Committee assailed Wells Fargo CEO John Stumpf for pushing employees to create as many as two million bogus bank and credit card accounts without customer’s consent – making customers pay overdraft and late fees on accounts they never knew they had.

Louisiana Republican David Vitter pressed Stumpf on when he knew about the wrongdoing. “In 2011, about 1,000 employees were fired over this,” said Vitter, incredulously, “and you were never told about that?”

Meanwhile, the House Committee on Oversight and Government Reform criticized Mylan Pharmaceutical’s CEO Heather Bresch for raising the price of its Epipen, an emergency allergy treatment, by 500 percent – forcing customers to pay $608 for a two-pack that had cost $100 in 2009.

Noting that Mylan had sought legislation to increase the number of patients who receive prescriptions for EpiPens, Representative Mick Mulvaney, Republican of South Carolina, angrily told Bresch: “You get a level of scrutiny and a level of treatment that would ordinarily curl my hair, but you asked for it.”

Such shaming before congressional committees tends to reassure the public Congress is taking action. But – especially with Republicans in charge – Congress is doing nothing to prevent the wrongdoing from recurring.

Can we be clear? CEOs have only one goal in mind – making money. If they can make more money by misleading or price gouging, they’ll continue to do so until it’s no longer as profitable.

Wells Fargo’s Strumpf made $19 million last year, partly because all those new accounts helped maintain the bank’s profit machine. Sure, the bank was fined $185 million by the Consumer Financial Protection Bureau for the fraud, but that’s chicken feed relative to what the bank pulls in. Between April and July, 2016 alone it had revenues of $22.16 billion.

Why should we expect Wells Fargo or any other big bank to stop such frauds, when they’re so lucrative?

For years we’ve watched Congress condemn CEOs of pharmaceutical companies for price gouging: If not Mylan’s Heather Bresch, it’s Turing Pharmaceutical’s Martin Shkreli, who jacked up the price of Daraprim – used to treat HIV patients – from $13.50 to $750 a pill.

Or Valeant Pharmaceutical’s Michael Pearson, who quadrupled the price of Syprine, used to treat an inherited disorder that can cause severe liver and nerve damage. Or Amphaster Pharmaceuticals CEO Jack Y. Zhang, who hoisted the price of naloxone, used in cases of heroin overdoses, to more than $400 a pop.

Why should we expect Mylan or any other pharmaceutical company to refrain from yanking up the price of lifesaving drugs as high as the market will bear?

Republicans may rage at the CEOs who appear before them, but they haven’t given the Justice Department enough funding to pursue criminal charges against corporations and executives who violate the law.

They haven’t even appropriated enough money for regulatory agencies to police the market. Funding for the Consumer Financial Protection Bureau, for example, is capped at 12 percent of the Federal Reserve’s operating expenses. Even now, Republicans are trying to put the CFPB’s funding into the appropriations process where it can be squeezed far more.

Wall Street’s five largest banks (including Wells Fargo) now have about 45 percent of the nation’s banking assets. That’s up from about 25 percent in 2000.

This means most bank customers have very little choice. Nearly half of American households have a Wells Fargo bank within a few miles of home, for example.

Every big Wall Street bank offers the same range of services at about the same price – including, most likely, services that are unwanted and unneeded.

Similarly, Mylan and other pharmaceutical companies can engage in price gouging because they’re the only ones producing these lifesaving drugs.

Congress has made it illegal for Americans to shop at foreign pharmacies for cheaper versions of same drugs sold in U.S., and hasn’t appropriated the Food and Drug Administration enough funds to get competing versions of lifesaving drugs to market quickly.

So instead of setting up further rounds of CEO perp walks for the TV cameras, Congress should give the Justice Department and regulatory agencies enough funding to do their jobs.

While they’re at it, break up the biggest banks. And regulate drug prices directly, as does every other country.