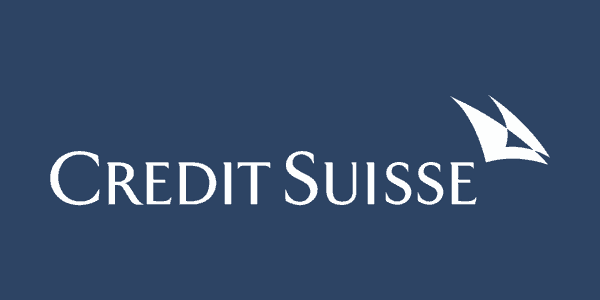 You probably learned in high school that monopolies are bad for consumers; they eliminate the field of competition in the marketplace, leaving people with fewer options and higher prices. Mega-mergers in the food and energy markets are allowing a handful of corporations to dominate market sectors. Their market dominance means that when it comes to influencing public policy, politically powerful companies call the shots. As Elizabeth Warren said in a speech recently, competition is dying—and the accompanying consolidation in sector after sector is a threat to our democracy.

Beyond the corporate quest for market dominance, there is another reason these mergers keep coming at everyone else’s expense: the deals make big money for the powerful banks that wield enormous power over our democracy. One such bank is Credit Suisse.

Here are the three most valuable mergers happening this year: U.S.-based Monsanto is being bought by German corporation Bayer for $64.5 billion; ChemChina is acquiring Swiss seed and pesticide company Syngenta for $46.7 billion; and the Canadian pipeline company Enbridge is attempting to purchase Houston-based Spectra for $43.1 billion.

There is one thing these deals in the works have in common: they are all being advised by Credit Suisse. And that consultation comes at a hefty price: Enbridge and Spectra are expected to pay banks nearly $100 million in advisory fees alone. For the Monsanto-Bayer merger, fees could top $200 million.

What these mergers mean for food, water, and climate

While the business press is all aflutter over all the money to be made by these mega-mergers, beyond the headlines these deals are a disaster for our food, water, and climate, not to mention our communities on the front lines of industrial agriculture and energy infrastructure.

In North Dakota, Credit Suisse is playing a big role behind the scenes, banking against the Standing Rock Sioux, along with Wells Fargo, Goldman Sachs, Morgan Stanley, Bank of America, Citigroup, and more. When we revealed this last month, we hadn’t yet seen a huge separate loan of $850 million to Energy Transfer, which is Enbridge’s main partner on the Dakota Access pipeline project. The pipeline jeopardizes the tribe’s sole source of water, and yet over the tribe’s objections, it’s still being built.

If the Enbridge merger with Spectra goes through, it would make the biggest energy infrastructure company in North America, with huge political influence. The company has every intent to maximize the amounts of oil and gas that can be brought to the surface and burned, using fracking, but this is at the expense of targeted communities and the stability of our climate.

If the Monsanto and Syngenta mergers go through, Big Agribusiness would have even more economic power over farmers, increasing the prices they pay and limiting their choices for seeds and farm inputs. Even more crops will be grown with dangerous herbicides like glyphosate that have been linked to the growth of superweeds as well as cancer. And lobbying groups will continue to sway the debate over GMOs, thanks to their millions of dollars spent on marketing and misleading people about so-called benefits while downplaying the risks.

I’ve written extensively about mergers in the food and energy industry in my two books, Foodopoly and Frackopoly. As companies become more powerful, so does their lobbying heft. This influence peddling paves the way for deregulation and ever-more consolidation. Companies basically get to play by their own rules—and people have to fight that much harder to make their voices heard in our democracy when this cycle continues.

When you look at food issues from this lens, it’s easy to see why our policies incentivize industrial agriculture and genetically modified organisms. Even before Ag secretary Earl Butz said farmers need to “get big or get out” in the early 1970s, our food and farm policy has favored large industrial interests. A handful of influential players, from Monsanto to Cargill to Walmart, have enjoyed the spoils—very lax regulations and the ability to literally buy up their competition. This has led to policies that have created bigger and badder factory farms, for example, or made it harder for farmers get a fair price for their products.

The story is not much different in the oil and gas industry. Since the days of JD Rockefeller, the biggest oil companies have been busy consolidating their power and stopping environmental progress in its tracks, even going so far as to cover up the role of burning fossil fuels in climate change.

While the banks are making money on these mergers, the water protectors at Standing Rock are on the front lines—along with many other communities, such as those in North Carolina, who are now facing the fallout of massive amounts of factory farm waste flooding communities after Hurricane Matthew. They are bearing the brunt of the effects of our highly consolidated food and energy systems. But make no mistake: as a society, we will all suffer from these mergers, while the banks continue to enjoy record profits and to resist necessary action on climate change because of their own bottom lines.

Wenonah Hauter is the executive director of the consumer advocacy group Food & Water Watch. She has worked extensively on energy, food, water and environmental issues at the national, state and local level. Experienced in developing policy positions and legislative strategies, she is also a skilled and accomplished organizer, having lobbied and developed grassroots field strategy and action plans.