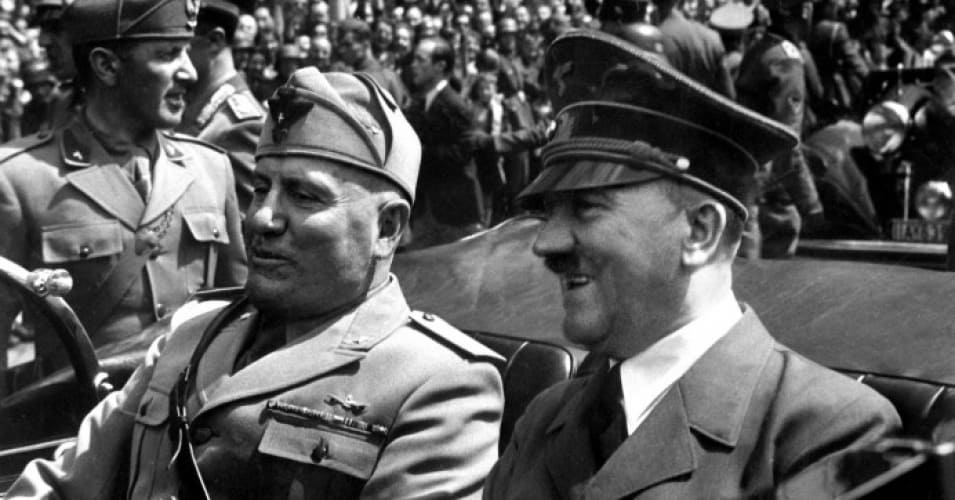 The 2016 presidential election made me think about 1933 and Hitler’s rise to power. I’ve known that he came to power through constitutional means and then used that power from the inside to destroy a constitutional system of government.  This seemed like a good time to better understand the way that someone who was a megalomaniac, not taken seriously by elites, brought to power by pandering to people’s fears, could take control of the levers of power.

I just read Robert O. Paxton’s The Anatomy of Fascism. For me it helped clarify the tasks before us. In discussing Hitler’s and Mussolini’s rise to power Paxton says it is important to look at the means through which these fascists translated an ability to mobilize popular discontent into an almost unlimited ability to control the machineries of governmental power.

His core claim is that both Hitler and Mussolini gained support by being emotionally satisfying nationalist alternatives to the left. Mainstream conservatives were willing to go along with their programs, distasteful as many found them, because working together in coalition, they were the only viable way to keep from making concessions to economic policies that would favor the working class over the elites. The mainstream conservatives and business elites made a pact with the devil in order to gain power.

Once they had control of the machinery of the state, the fascists were able to control those mainstream abettors through fear and intimidation. Fascist parties were able to mobilize supporters to engage in violent intimidation in the streets, and their inside conspirators intimidated other members of the ruling coalitions through violence and threats to violence.

While this may not be the exact situation we are in right now, there are important resonances. Trump has offered the right wing in this country a path to power. He has offered a lifeline to the fossil fuel industry, which would likely have been pushed to margins by a Clinton administration. And he was able to offer popular support for a whole set of policies promoted by think tanks such as the Heritage Foundation and super rich bad actors such as the Koch brothers, policies which are in the interest of no one outside the 1%.

And the Republican Party has done a masterful job distorting the electoral system such that the machinery of the state is already stretched against the limits of what could plausibly be considered constitutional. Millions of people have been disenfranchised through a variety of forms of voter suppression: from mass incarceration and felony disenfranchisement, to blatantly discriminatory voter identification laws. Republicans have also engaged in gerrymandering of congressional districts, redistricting with scientific precision and leaving many states with majority Democratic voting populations and strongly Republican majority congressional delegations.

One of the lessons we need to draw from the experience of early Twentieth Century Fascism is that we need to be very vigilant about protecting our constitutional system. People who live under the new right wing nationalism, such as Hungarians under Orbán and Italians under Berlusconi have been telling us to not be smug about the stability of our constitutional system. Just as an earthquake can turn what seems like firm ground into a runny liquid in a matter of moments; so too can constitutional systems, which have seemed well rooted and stable, under the right conditions, come to allow for all sorts of horrors.

The other lesson to be drawn from early twentieth century fascism is that people need a sense of belonging, and if the fascists are successful at offering that to people, then they will get support. Fascism in Germany and Italy ran those countries into the ground. Any yet support for those regimes and the parties that led them rose as the regimes became more extreme.

The German population at the turn of the twentieth century were highly educated, and had pride in a rationalist enlightenment worldview. They did not fall for fascism because they were uneducated. And it is important for us to not be fooled by what is attractive to people in the US about our country’s emerging right-wing nationalism.

In his classic study of nationalism, Imagined Communities, Benedict Anderson talks about the ways that people become a nation by telling themselves stories that weave a sense of common purpose and meaning. Those stories often focus on heroic past accomplishments and mistreatment on the part of others outside the boundary of the imagined community of the nation.

One problem for the left in Europe at the dawn of the fascist period is that leftists were seen as supporting an internationalist ideology over a nationalist one. And when people felt that their homelands were being mistreated in the aftermath of World War I, they were open to the narratives of belonging that the fascists offered.

Fascist leaders offered a sense of pride and purpose to people in societies with a sense of chaos. The left tried to engage people with an alternative narrative of belonging to an international working class. That narrative did have a lot of support. In the early days of German fascism, more people were on the left than were fascists. But the left was divided between different competing parties. And support for the left was not enough to fight off the growing power of the coalition of fascists and pro-capitalists. As street violence of the fascists and the more organized violence of the police were unleashed against the left, the left became the first victims of fascist power.

The people who supported Trump based on the desire to “Make America Great Again” have a lot in common with Europeans who support Le Pen in France, Farage in Britain, and Orbán in Hungary. On both sides of the Atlantic, people see their future prospects diminishing. The new right-wing nationalism is a mixture of two major strands of resentments. One has to do with a sense of displacement from cultural centrality that many white people feel as their countries become more multicultural. The other key ingredient is something that many on the left have more sympathy with: the sense of a lack of control over the conditions one one’s existence under neoliberal capitalism.

We are living in a world where communities have been destroyed by global capitalism, and where mainstream liberals and the mass media do little to help people to understand the complex conditions under which they live.

In The origins of Totalitarianism, a reflection on the Nazi rise to power, the great German Jewish Philosopher, Hannah Arendt wrote,

In an ever-changing, incomprehensible world the masses had reached the point where they would, at the same time, believe everything and nothing, think that everything was possible and nothing was true… The totalitarian mass leaders based their propaganda on the correct psychological assumption that, under such conditions, one could make people believe the most fantastic statements one day, and trust that if the next day they were given irrefutable proof of their falsehood, they would take refuge in cynicism; instead of deserting the leaders who had lied to them, they would protest that they had known all along that the statement was a lie and would admire the leaders for their superior tactical cleverness.

People who feel displaced and dishonored and who have no understanding of the complex processes that impact their lives are ripe for fascist ways of thinking. Those of us who want to oppose the drift toward fascism, need to engage in work to help people understand the complex conditions of their lives, and we need to build ways of understanding the world that give people a sense of meaning and purpose in life that is emotionally satisfying and helps people to see the realities of our political situation. Many people live in communities that have been devastated by neo-liberalism. Vague calls to be kind and tolerant and multicultural will not resonate as the way out of that problem. A plausible story about the current situation needs to include an honest description of the ravages of global capitalism.

Part of rebuilding our social fabric involves building our civic culture. Consumer culture promises that we all deserve an unlimited and effortless satisfaction of our individual desires.  Advertisers feed that story every day, and everywhere we turn. The right wing media has fed a compatible story about government. Grounded in the Reagan revolution, it claims that government, and therefore civic life, is corrupt and pointless. Missing is any idea of a civic life through which we build a common social fabric that can meet our ever changing needs.  People are moved from being citizens who feel an obligation to be informed, engaged, and make thoughtful choices, to becoming consumers who feel entitled to have their needs met, and are ready to rail against the incomprehensible structures that get in the way of those satisfactions.

We need to explain how people’s communities, sense of purpose, and sense of a possible desirable future have been destroyed, and what can be done to reverse that damage and rebuild people’s communities and their sense of belonging to something greater than themselves. According to Anderson, newspapers were an important part of what wove together a sense of belonging to a common community in the early part of the twentieth century. An important question for our time is: how can the forms of media that people now use connect them with a world greater than themselves and their sphere of private concerns. How can we build a progressive and satisfying public sphere?

Social media are likely to be a part of that, but our habits of how we validate information, what we share, and how we build a shared and common understanding of the world all need to improve drastically.

One advantage we have in the United States over the early Twentieth Century German and Italian left is that we live in a very multicultural society. The demographics do not actually bode well for the Republican Party. We don’t need to win over all of the people who are inclined toward right-wing nationalism to keep them from destroying our country. But we do need to have political narratives that will motivate enough people to stand up for something else in the way they engage the government: through street action and pressure campaigns, as well as through running for election, helping progressives get elected, and challenging the political structures of disenfranchisement. And we need to understand and promote the many real alternatives that exist to the global capitalist framework that is in fact destroying the economic future of people in our country.

This work is licensed under a Creative Commons Attribution-Share Alike 3.0 License
Cynthia Kaufman is the author of Getting Past Capitalism: History, Vision, Hope and Ideas for Action: Relevant Theory for Radical Change. She is the Director of the Vasconcellos Institute for Democracy in Action at De Anza College. She blogs at cynthiakaufman.wordpress.com.
activism, Domestic Issues, fascism, Politics, trump
0 Events loaded