The US Feels the Heat on Palestine Vote at UN 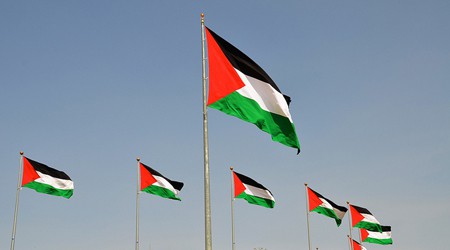 The floodgates have begun to open across Europe on recognition of Palestinian statehood. On Friday the Portuguese parliament became the latest European legislature to call on its government to back statehood, joining Sweden, Britain, Ireland, France and Spain.

In coming days similar moves are expected in Denmark and from the European Parliament. The Swiss government will join the fray too this week, inviting states that have signed the Fourth Geneva Convention to an extraordinary meeting to discuss human rights violations in the occupied territories. Israel has threatened retaliation.

But while Europe is tentatively finding a voice in the Israeli-Palestinian conflict, silence reigns across the Atlantic. The White House appears paralysed, afraid to appear out of sync with world opinion but more afraid still of upsetting Israel and its powerful allies in the US Congress.

Now there is an additional complicating factor. The Israeli public, due to elect a new Israeli government in three months’ time, increasingly regards the US role as toxic. A poll this month found that 52 per cent viewed President Barack Obama’s diplomatic policy as “bad”, and 37 per cent thought he had a negative attitude towards their country – more than double the figure two years ago.

US Secretary of State John Kerry alluded to the White House’s difficulties this month when he addressed the Saban Forum, an annual gathering of US policy elites to discuss the Middle East. He promised that Washington would not interfere in Israel’s elections.

According to the Israeli media, he was responding to pressure from Tzipi Livni, sacked this month from Benjamin Netanyahu’s government, triggering the forthcoming election, and opposition leader Yitzhak Herzog, of the centre-left Labor party.

The pair recently made a pact in an effort to oust Netanyahu. Their electoral success – improbable at the moment – offers the White House its best hope of an Israeli government that will at least pay lip service to a renewal of peace negotiations, which collapsed last April. They have warned, however, that any sign of backing from the Obama administration would be the kiss of death at the polls.

US officials would like to see Netanyahu gone, not least because he has been the biggest obstacle to reviving a peace process that for two decades successfully allayed international pressure to create a Palestinian state. But any visible strategy against Netanyahu is almost certain to backfire.

Washington’s difficulties are only underscored by the Palestinians’ threat to bring a draft resolution before the UN Security Council as soon as this week, demanding Israel’s withdrawal by late 2016 to the 1967 lines.

Given the current climate, the Palestinians are hopeful of winning the backing of European states, especially the three key ones in the Security Council – Britain, France and Germany – and thereby isolating the US. Arab foreign ministers met Kerry on Tuesday in an effort to persuade Washington not to exercise its veto.

The US, meanwhile, is desperately trying to postpone a vote, fearful that casting its veto might further discredit it in the eyes of the world while also suggesting to Israeli voters that Netanyahu has the White House in his pocket.

But indulging the Israeli right also has risks, bolstering it by default. That danger was driven home during another session of the Saban Forum, addressed by settler leader Naftali Bennett. He is currently riding high in the polls and will likely be the backbone of the next coalition government.

Bennett says clearly what Netanyahu only implies: that most of the West Bank should be annexed, with the Palestinians given demilitarised islands of territory that lack sovereignty. The model, called “autonomy”, is of the Palestinians ruling over a series of local councils.

The Washington audience was further shocked by Bennett’s disrespectful treatment of his interviewer, Martin Indyk, who served as Obama’s representative at the last round of peace talks. He accused Indyk of not living in the real world, dismissively calling him part of the “peace industry”.

Bennett’s goal, according to analysts, was to prove to Israeli voters that he is not afraid to stand up to the Americans.

Given its weakening hand – faced with an ever-more rightwing Israeli public and a more assertive European one – Washington is looking towards an unlikely saviour. The hawkish foreign minister Avigdor Lieberman used to be its bete noire, but he has been carefully recalibrating his image.

Unlike other candidates, he has been aggressively promoting a “peace plan”. The US has barely bothered examining its contents, which are only a little more generous than Bennett’s annexation option, and involve forcibly stripping hundreds of thousands of Palestinians in Israel of their citizenship.

Lieberman, however, has usefully created the impression that he is a willing partner to a peace process. At the weekend he even suggested he might join a centre coalition with Livni and Herzog.

Lieberman is cleverly trying to occupy a middle ground with Israeli voters, demonstrating that he can placate the Americans, while offering a plan so unfair to the Palestinians that there is no danger voters will consider him part of the “peace industry”.

That may fit the electoral mood: a recent poll showed 63 per cent of Israelis favour peace negotiations, but 70 per cent think they are doomed to fail. The Israeli public, like Lieberman, understands that the Palestinians will never agree to the kind of subjugation they are being offered.

The Israeli election’s one certain outcome is that, whoever wins, the next coalition will, actively or passively, allow more of the same: a slow, creeping annexation of what is left of a possible Palestinian state, as the US and Europe bicker.

Jonathan Cook won the Martha Gellhorn Special Prize for Journalism. His latest books are “Israel and the Clash of Civilisations: Iraq, Iran and the Plan to Remake the Middle East” (Pluto Press) and “Disappearing Palestine: Israel’s Experiments in Human Despair” (Zed Books). His website is www.jonathan-cook.net.

A version of this article first appeared in The National, Abu Dhabi.