The Uplift of All: Gandhi, King, and the Global Struggle for Freedom and Justice 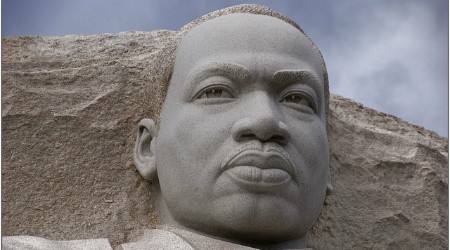 The Martin Luther King, Jr., Research and Education Institute at Stanford University will commemorate the 150th anniversary of Mahatma Gandhi’s birth by presenting a major, international Gandhi-King conference from Friday, October 11 to Sunday, October 13, 2019. This conference will feature three days of lectures and panel discussions at Stanford University by prominent scholars and activists who will reassess the legacies of Gandhi and King in a contemporary global context. Ela Gandhi, the granddaughter of Mahatma Gandhi, will be an honored guest.

Although Gandhi and King are widely celebrated and revered for their role in twentieth-century struggles for citizenship rights, many admirers give insufficient attention to their broader concerns, such as poverty, war, environmental degradation, and the denial of human rights. Such twenty-first-century issues are as urgent as ever, taking on forms such as the migrant refugee crisis, catastrophic climate change, and extreme wealth inequality. Gandhi once proclaimed that “There is no limit to extending our services to our neighbors across State-made frontiers. God never made those frontiers.” King prophesied that “All men are caught in an inescapable network of mutuality, tied in a single garment of destiny.” These global visions are at the heart of our October conference.

This historic gathering will be the first event of the Gandhi-King Global Initiative (GKGI), an effort to build an international network of institutions, organizations, and activists committed to the nonviolent struggle for human rights. This network will seek to enhance the rich history of intellectual and political collaboration between activists inspired by Gandhi and King.

We invite you to participate in our October conference and join a global network of people dedicated to the human rights and social justice ideals of Gandhi and King.

Attendance of the conference will cost $100 for early-bird registration (by August 31) and $150 for general registration (after September 1). This cost will be waived for students (ID required for verification). Admission to a banquet on the evening of Friday, October 11 will cost an additional $100 for non-students and $25 for students.

To learn more about how you can support the conference, please contact Truman Chen at trumanwc@stanford.edu or 650-736-0711.