The Trump Administration’s Other War on the Media 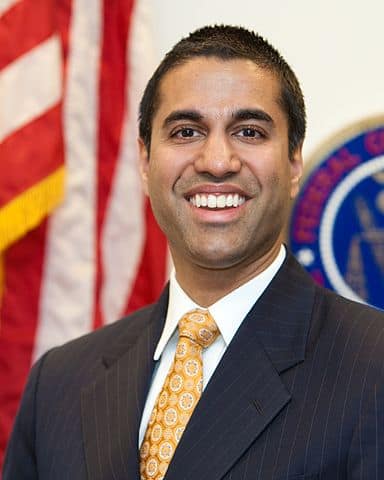 The Trump administration’s unrelenting attacks on the media and assault on reality have been well covered by journalists and media outlets that find themselves in the new administration’s crosshairs. Yet while the White House’s insistence on “alternative facts” may be more visibly ominous, there is another growing threat to the independent media that also demands our attention.

Despite his crusade against the press, Trump’s contempt does not seem to apply to the massive conglomerates — such as Comcast and Verizon — with so much influence over what the American people watch on television and read on the Internet. And at a time when extreme commercialization has helped drive the decline of accountability journalism, Trump and his recently appointed Federal Communications Commission chairman, Ajit Pai, have signaled their intention to exacerbate the problem.

A former associate general counsel at Verizon and a consistent opponent of FCC rules intended to protect consumers, Pai fits the mold of other, higher-profile Trump appointees whose experience and ideology run counter to their roles in the administration. And since taking over the top job, Pai has already started transforming the FCC into an unofficial branch of the telecommunications industry. This month, Pai put his initial stamp on the agency with a series of orders that elicited harsh criticism from media reform and consumer advocacy groups, such as Free Press, which said they will “undercut affordable broadband, greenlight more media consolidation and endanger key protections for Internet users.”

Chief among those protections are the net neutrality rules approved by the FCC two years ago this month. Essentially, net neutrality is the principle that all Internet traffic should be treated equally. It prevents Internet service providers from charging a premium for access to Internet “fast lanes” or slamming the brakes on content that poses a threat to their financial or political interests. It keeps the Internet open, free and fair, preserving a level playing field where good ideas can prosper no matter who, or where, they come from. Citing the essential role that an open and free Internet plays in our civic dialogue, former FCC commissioner Michael Copps has argued that net neutrality that is a legitimate civil rights issue, and he’s right.

But when the agency passed rules to protect net neutrality and reclassify the Internet as a public utility in 2015, Pai voted against the move, insisting there was “no problem to solve” and lamenting “government control of the Internet.” After Trump’s election, Pai said he was “more confident than ever” that net neutrality’s “days are numbered.” And he has already acted to weaken enforcement of the rules, shutting down inquiries into the “zero-rating” practices that some providers use to exempt certain content from counting against data limits.

One problem that Pai at least acknowledges is the “digital divide” between wealthy and poorer Americans. Pai called attention to the issue in his first remarks as chairman, saying “one of our core priorities going forward should be to close that divide.” But it seems that Pai is committed to “closing” the digital divide in much the same way House Speaker Paul D. Ryan (R-Wis.) is committed to “saving” Medicare, as evidenced by Pai’s order blocking nine companies from offering discounted broadband to low-income families under the agency’s Lifeline program. “Rather than working to close the digital gap,” said Mignon Clyburn, the lone remaining Democratic commissioner on the FCC, “this action widens it.”

These are just a few of the ways Pai has already declared war on consumers. He also killed a proposal that was opposed by major cable and satellite providers to open up the set-top box market. He rescinded several reports that don’t serve his agenda, including a paper on improving America’s digital infrastructure. And he callously abandoned an effort to limit the exorbitant cost of prison phone calls that sometimes force inmates’ families to pay upward of a dollar a minute to speak to their loved ones.

Some progressives in Congress are admirably fighting back against Pai’s actions, including Sens. Al Franken (D-Minn.) and Bernie Sanders (I-Vt.), both longtime champions of net neutrality and media reform. But it was a “transpartisan” people-powered movement demanding an open and free Internet that led to net neutrality in the first place, and that’s what it will take now to stop Trump and Pai from giving their corporate allies full control of our media ecosystem.

In a viral 2014 segment on net neutrality, HBO comedian John Oliver said, “The cable companies have figured out the great truth of America: If you want to do something evil, put it inside something boring.” To some people, Pai’s overhaul of the FCC may seem like “something boring,” especially compared with the White House’s staggering attacks on the media. That does not, however, make it any less of a threat to our democracy.

Katrina vanden Heuvel is an American editor and publisher. She is the editor, publisher, and part-owner of the magazine The Nation. She has been the magazine’s editor since 1995.