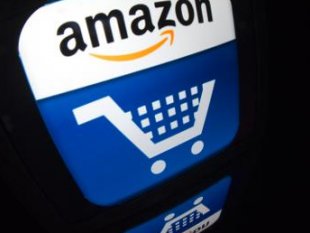 The most important website last weekend and in weeks to come — on which the hopes and fears of countless Americans are focused (and the president’s poll-ratings depend) — is not HealthCare.gov. It’s Amazon.com.

Even if and when HealthCare.gov works perfectly, relatively few Americans will be affected by it. Only 5 percent of us are in the private health-insurance market to begin with. But almost half of Americans are now shopping for great holiday deals online, and many will be profoundly affected — not because they get great deals, but because their jobs and incomes are at stake.

Online retailing is the future. Amazon is the main online shopping portal this holiday season but traditional retailers are moving online as fast as they can. Online sales are already up 20 percent over last year, and the pace will only accelerate.Target and many other bricks-and-mortar outlets plan to spend more on technology next year than on building and upgrading new stores.

Americans are getting great deals online, and they like the convenience. But there’s a hidden price. With the growth of online retailing, fewer Americans will have jobs in bricks-and-mortar retail stores.

To put this in some perspective you need to know that retail jobs have been the fastest growing of all job categories since the recession ended in 2009. But given the rapid growth of online retailing, that trend can’t possibly last. What will Americans do when online sales take over?

Add to this the fact that most of what’s being sold this holiday season – online and off-line — is no longer made by Americans. Vast shipping containers of gadgets, garments, and other goodies are fabricated or assembled or sewed together in Asia for the American market.

Online retailers are facilitating this move by having these goods shipped directly from Asian factories to distribution centers in America and then to our homes, without ever having to go to an American retail store or even a wholesaler. This means even lower prices and better deals. But it also means fewer jobs and lower pay for many Americans.

Some manufacturing is coming back to America, to be sure, but not the assembly line jobs that used to be the core of manufacturing employment. Computerized machine tools and robots are doing an increasing portion of the work — which is why many companies can afford to bring their factories back here.

Get it? Technology and globalization are driving the good deals American consumers are getting this holiday season. But the same forces are keeping wages down, and are even on the verge of eliminating many of the low-wage retail and related service jobs many Americans now need to make ends meet.

To put it another way, American consumers getting great shopping deals are also American workers on the losing end of those same deals.

The biggest reason holiday shopping is especially frenzied this season is so many Americans are already stretched to the breaking point that they’re more desperate than ever for bargains. Sixty-five percent of today’s shoppers are living paycheck-to-paycheck. That’s up from 61 percent last year, according to consumer research by Booz and Company.

Median household income in America continues to drop, adjusted for inflation, because low-wage jobs are the major ones available. Lower-wage occupations accounted for only 21 percent of job losses during the Great Recession. They’ve accounted for 58 percent of all job growth since then.

The president’s dropping poll-ratings are only partly due to the bumbling roll-out of the Affordable Care Act. The computer glitches at HealthCare.gov aren’t the most important reason why Americans are grumpy this holiday season. The bigger problem is the economy remains lousy for most people.

Technology and globalization are taking over more and more American jobs. There’s no easy fix for this, and it’s hardly the president’s fault. But the sobering reality is the United States has no national strategy for creating more good jobs in America. Until we do, more and more Americans will be chasing great deals that come largely at their own expense.

Robert B. Reich has served in three national administrations, most recently as secretary of labor under President Bill Clinton. He also served on President Obama’s transition advisory board. His latest book is Aftershock: The Next Economy and America’s Future. His homepage is www.robertreich.org.
corporations, Economic Justice, economy, globalization
0 Events loaded