Just when the good times for war profiteers seemed to be forever in the past, there came 9/11 and the terrorist enemy, the gift that keeps on giving, serving as an ideal excuse for squandering resources, as well as our freedoms. 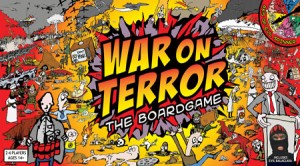 For defense contractors, the government officials who write them mega checks, and the hawks in the media who cheer them on, the name of the game is threat inflation. And no one has been better at it than the folks at Booz Allen Hamilton, the inventors of the new boondoggle called cyberwarfare.

That’s the company, under contract with the National Security Agency, that employed whistle-blower Edward Snowden, the information security engineer whose revelation of Booz Allen’s enormously profitable and pervasive spying on Americans now threatens the firm’s profitability and that of its parent hedge fund, the Carlyle Group.

Booz Allen, whose top personnel served in key positions at the NSA and vice versa after the inconvenient collapse of the Cold War, has been attempting to substitute terrorist for communist as the enemy of choice. A difficult switch indeed for the military-industrial complex about which Dwight Eisenhower, the general-turned-president, had so eloquently warned us.

But just when the good times for war profiteers seemed to be forever in the past, there came 9/11 and the terrorist enemy, the gift that keeps on giving, for acts of terror always will occur in a less than perfect world, serving as an ideal excuse for squandering resources, as well as our freedoms.

Just ask New York Times columnists Thomas Friedman and Bill Keller. Rising to the defense of NSA snooping on a scale never before imagined in human history, they warn us that if there was a second 9/11-type attack, we would lose all of our civil liberties, so we should be grateful for this trade-off.

“I believe that if there is one more 9/11—or worse, an attack involving nuclear material—it could lead to the end of the open society as we know it,” Friedman wrote in his June 11 column.

No nation in history has ever possessed such an imbalance of military superiority and the ability to ward off foreign threats without sacrificing its core values. Never has this country been as vulnerable to foreign attacks as when the founders approved our Constitution with its Fourth Amendment and other protections of individual sovereignty against an intrusive government. They did so out of the conviction that individual freedom makes us stronger rather than weaker as a nation. In short, they trusted in the essential wisdom of the people as opposed to the pundits who deride it.

“Tom’s important point was that the gravest threat to our civil liberties is not the NSA but another 9/11-scale catastrophe that could leave a panicky public willing to ratchet up the security state, even beyond the war-on-terror excesses that followed the last big attack.”

So it’s the panicky public’s fault and not the ill-informed work of establishment journalists like Friedman, who led the charge to war with Iraq based on phony claims about terrorism.

Once again, Friedman has a misplaced faith in the work of the intelligence community. The NSA snooping was quite extensive before 9/11 and certainly in full force prior to the Boston Marathon attack, but did not prevent either event. Indeed, our much-vaunted spy agencies still have not come up with an explanation of how 19 hijackers, 15 from our ally Saudi Arabia, managed to legally enter this country and learn flying skills while under our government’s watch.

Nor have those intelligence agencies explained why the only three countries that recognized the Taliban government sponsors of al-Qaida were that same Saudi Arabia as well as our other friends in Pakistan and the United Arab Emirates. For information on the UAE connection, the NSA might check with its buddies at Booz Allen Hamilton.

As The New York Times reported Saturday: “When the United Arab Emirates wanted to create its own version of the National Security Agency, it turned to Booz Allen Hamilton to replicate the world’s largest and most powerful spy agency in the sands of Abu Dhabi. It was a natural choice: The chief architect of Booz Allen’s cyber strategy is Mike McConnell, who once led the NSA and pushed the United States into a new era of big data espionage. It was Mr. McConnell who won the blessing of the American intelligence agencies to bolster the Persian Gulf sheikdom, which helps track the Iranians.”

Tracking the Iranians, you say? But they’re not the enemies who attacked us on 9/11, and indeed they are Shiites, who were implacably hostile to the Sunni fanatics of al-Qaida. The reasoning makes sense only if you follow the money that the UAE can pay. “They are teaching everything,” one Arab official told The New York Times about Booz Allen’s staffers. “Data mining, web surveillance, all sorts of digital intelligence collection.”

How great. Now, it’s not just the government we elect but also those everywhere, even in desert emirates, that can mine our data.

“The NSA data mining,” Keller assures us, “is part of something much larger. On many fronts, we are adjusting to life in a surveillance state, relinquishing bits of privacy in exchange for the promise of other rewards.”

Behold McConnell. While director of national intelligence from 2007-09, he did much to inflate the threat of cyberterrorism; he then returned to the private sector and was rewarded with $4.1 million his first year back at Booz Allen, solving the problem he had hyped while heading the NSA. There’s a guy who knows how to play the game.