The stakes in the Hobby Lobby birth control case 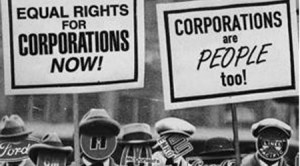 Is the case of Sebelius v. Hobby Lobby Stores, which the Supreme Court agreed to hear this week, about health-care mandates or about religion? Hobby Lobby’s owners, who are Christian—they buy ads in newspapers on Easter recommending that people get to know Jesus Christ—feel that their right to worship freely is being denied by the Affordable Care Act. Hobby Lobby is a privately held for-profit company, with five hundred stores selling arts-and-crafts supplies and thirteen thousand full-time employees, not all of them Christians. Under the A.C.A., a company like that needs to get its workers insurance that meets minimum standards or else pay a fine. One of those standards is preventive health care for women; that includes contraception. And that, Hobby Lobby’s owners say, would make them “morally complicit” in the “death of an embryo.” They can’t pay for insurance and be good Christians, they say, and the fine would cost them a lot of money.

The Appeals Court for the Tenth Circuit agreed. (There have been contradictory rulings on the issue in a number of circuits, which is part of why the Court took the case.) But that decision raises a clear question: Can any religious person who owns a company refuse to pay for insurance that would cover any health-care procedure or device that he or she doesn’t believe in? What about for transplants, blood transfusions, vaccines, or psychological care? There are religions that object to them all. If you don’t believe women should drive cars, are you morally complicit if you offer coverage for any injuries she might get in an accident? For that matter, why aren’t Hobby Lobby’s owners, whose strong objection to drinking means that they don’t even stock shot glasses in their stores, reading the fine print to make sure they don’t pay for treatment of cirrhosis of the liver? (That can have other causes, but, then, contraception can have health benefits not related to birth control.)

Hobby Lobby’s brief argues that its objections are so narrow that they should be easy to accommodate: just four particular contraceptive pills or devices, including Plan B and Ella, that it says keep a fertilized egg from implanting. (Whether they all do is a matter of some controversy.) The owners consider this abortion, not birth control. But if Hobby Lobby wins, the door would be opened to all sorts of exceptions. One also wonders how the religious faith of the owners of for-profit companies is supposed to be tested and verified. If employers can pick and choose what they cover—determining the health-care choices that employees and their families make—almost willy-nilly, then the whole premise of minimum standards falls apart. How can you have an individual mandate requiring insurance if the definition of insurance is so susceptible to a private-company owner’s conversion experiences? For some who are hoping that Hobby Lobby prevails, that’s the idea: to undermine not only access to contraception, but also Obamacare itself.

The other way to look at it is that Hobby Lobby is making a broad claim, not a narrow one, about the character of contraceptive coverage: that it is different, that it is distinctly more of a religious question than a health one. In this sense, the Hobby Lobby case is about whether the Supreme Court will privilege a particular set of religious beliefs about contraception.

Hobby Lobby argues that the law already grants exemption to religious institutions, like churches; the Administration has even come up with a work-around for religiously affiliated entities, like Catholic hospitals, in which the payment for contraception is essentially made by the insurance company. Why can’t it have one, too? There is also a well-developed definition of what a religious organization is, which Hobby Lobby doesn’t meet (and of a corporation, which it benefits from). It might as well ask why it can’t choose which taxes it does and doesn’t pay. Congress made a choice, largely political, and also guided by a couple of centuries of constitutional history, about what could and should be asked of religious organizations. It didn’t just ask every synagogue, mosque, and church what it was and wasn’t willing to cover.

We are a republic that has practice with balancing acts. Hobby Lobby is arguing that it counts as a person whose religious expression, according to the Religious Freedom Restoration Act of 1993, shouldn’t be “substantially burdened” by a law unless there is a “compelling government interest.” (Adam Liptak has written about how this draws on the dubious logic of Citizens United.) But the burden of complying is missing and the compelling interest is clear. The owners of Hobby Lobby aren’t the ones taking Plan B. The government, in a reply to the company’sSCOTUS filing, quoted the opinion of a judge who, writing about a related case, said that the mandate would not “encourage (the corporations’) employees to use contraceptives any more directly than they do by authorizing (the corporations) to pay wages.” The government, meanwhile, heavily underwrites the entire employer-insurance system through its tax treatment of the money that companies spend on health care. (As my colleague John Cassidy argues, a lot of this would be simpler if Obamacare had been more radical, introducing a single-payer system.) The government also has an interest in women being healthy and having fair access to the care they need.

There’s another fight going on over contraception and women’s health, one that doesn’t just have to do with insurance (or even abortion). Birth control will bring Obamacare back to the Supreme Court, but women’s access to reproductive health care, and particularly to abortion, has been under assault in state legislatures for several years now. Women who get their insurance through their employers will have a great deal at stake when Hobby Lobby is argued in front of the Court; everyone will be watching that. But there are other places to look, too. In some parts of the country, women, whatever their coverage, have to drive hundreds of miles to the nearest clinic. That shouldn’t be anyone’s definition of freedom.