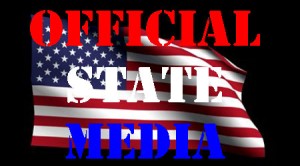 Claiming that document-sharing organizations must reveal sources  is fundamentally indistinguishable from forcing investigative reporters to do the same. The biases of lawmakers should not become law.

On September 12, 2013, the U.S. Senate Judiciary committee narrowly defined who the law should consider to be a journalist, by amending the proposed Free Flow of Information Act (“FFIA”). The FFIA is a “shield law” that protects journalists from having to reveal their confidential sources when confronted with court subpoenas. The amendment changed the language of the bill from protecting the activity of journalism to protecting the profession. Journalists are now limited to those employed by, recently employed by, or substantially contributing to media organizations for certain minimum durations.

This maneuver skirts the substantial investigative role served by independent journalists, bloggers, and nontraditional media, who are left unprotected by the statute. It also expressly excludes whistleblower organizations. By not extending protection to a vital segment of investigative newsgatherers, the amended FFIA falls short of providing real benefits. More fundamentally, the distinctions created by the bill reinforce a privileged club for journalists. In essence, the government is licensing the press, and treading down a path that courts have for decades cautioned “present[s] practical and conceptual difficulties of a high order.”

The Supreme Court, in 1972 in Branzburg v. Hayes, held that the First Amendment provides no separate privilege for reporters. This was largely due to the practical difficulty, even before the Internet, of defining who is or is not a journalist. Justice White in his concurring opinion discussed that “[t]he informative function asserted by representatives of the organized press in the present cases is also performed by lecturers, political pollsters, novelists, academic researchers, and dramatists. Almost any author may quite accurately assert that he is contributing to the flow of information to the public.”

More recently, in the 2011 case Glik v. Cunniffe, which involved a man videotaping police using his cell phone, the First Circuit Court of Appeals stated “Changes in technology and society have made the lines between private citizen and journalist exceedingly difficult to draw [and] news stories are now just as likely to be broken by a blogger at her computer as a reporter at a major newspaper. Such developments make clear why the news-gathering protections of the First Amendment cannot turn on professional credentials or status.”

This open view of journalists is shared by academics like UCLA Law Professor Eugene Volokh. He has argued that “[f]reedom of the press should apply to people equally, regardless of who they are, why they write or how popular they are.” After all, the First Amendment was designed to escape the official licensing system for press that existed in England in the seventeenth century. The right of the press is as much a right of institutionally-backed journalists as it is of lone pamphleteers.

The original FFIA, which took a functional view of journalists, adhered much more closely to the current academic trend—that journalism is an activity, not a profession. Some like Professor Paul Horwitz propose alternate theories such as varying the rules from medium to medium to reflect different standards in different fields. These theories, while not perfect, are significantly less controversial than narrowly defining rights in ways that courts have consistently held run afoul of the First Amendment.

Another logical pitfall of the law is its explicit exclusion of whistleblower organizations, like WikiLeaks, from its narrow definition of journalism. It “does not include any person or entity . . . whose principal function . . . is to publish primary source documents that have been disclosed to such person or entity without authorization.” Why exclude these? One possibility is “protecting national security”—but the logic behind this is dangerous. It is the same as forcing reporters to reveal their sources when stories inconveniently expose wrongdoing. Claiming that document-sharing organizations must reveal sources is fundamentally indistinguishable from forcing investigative reporters to do the same. And if any form of investigative journalism (including publishing documents) presents a clear and imminent danger to U.S. security, it can be dealt with on a case-by-case basis.

An alternative reason for excluding leaks organizations and nontraditional media is their perceived lack of editorial standards. Without a formal editorial process, the argument goes, these actors cannot be trusted. Adherents to this tack ignore the multitude of WikiLeaks releases that are redacted, selectively published, expose matters of great public interest (i.e. corruption, war crimes), and catalyze substantial public debate. These elements certainly constitute editorial discretion over timing, quantity, and content, and capture the essence of investigative reporting. The argument also ignores that bloggers and other independent journalists possess identifiable methodologies for their reporting—for instance, the frequent use of hyperlinks for substantiation and attribution.

The issue then is not so much that nontraditional media entities lack editorial standards, but that Congress disapproves of these standards. It is the same logic that leads the FFIA to exclude a good number of bloggers and independent journalists who may not adhere to traditional institutional editorial standards. It is the same logic that perhaps caused The New York Times to pejoratively call Glenn Greenwald (who broke Edward Snowden’s leaks) a blogger and Alexa O’Brien(whose detailed coverage of the Chelsea Manning trial was quoted extensively by the rest of the press) an activist, instead of calling them journalists. Greenwald Tweeted in response “Once a “blogger,” always a blogger – I love the NYT.”

The contradictory logic of the FFIA amendment is exposed considering that major news organizations released many of the same documents as WikiLeaks. The Afghan and Iraq War Logs of WikiLeaks were also distributed by The New York Times, The Guardian, and Der Spiegel. The bill creates a double standard in the face of a subpoena—WikiLeaks would have to divulge its sources, while the latter would be protected. WikiLeaks would escape protection despite engaging in similar activity as the publication of the “Top Secret” Pentagon Papers by The New York Times more than thirty years ago.

Indeed, the whole FFIA amendment is permeated by an undertone of institutional elitism and a rejection of new media. This rejection of new media boasts some unexpected followers. Floyd Abrams, a prominent First Amendment litigator who defended The New York Times in the Pentagon Papers case, does not consider WikiLeaks to be journalism. He represents large press corporations and is also highly skeptical of extending shield laws to new media. Judge Sentelle of the D.C. Circuit, in a concurring opinion in a journalist subpoena case, wrote of the “stereotypical blogger sitting in his pajamas.”Other legal scholars identify the perception that new media is somehow a “less noble pursuit than traditional journalism.”

Biases of lawmakers should not become law. Courts, since decades before the advent of the Internet, have avoided creating classes for journalists. It creates unsustainable logical contradictions and is ultimately bad for investigative reporting. In the words of Professor Linda Berger, “[N]o patriot printer or colonial pamphleteer had a journalism degree. Certification by a government agency or by a professional group carries the possibility of de-certification based on value judgments or viewpoints.” Legislation like FFIA teeters this country closer to a future where journalism bears the government’s stamp of approval.

Freedom of the Press, journalism, media