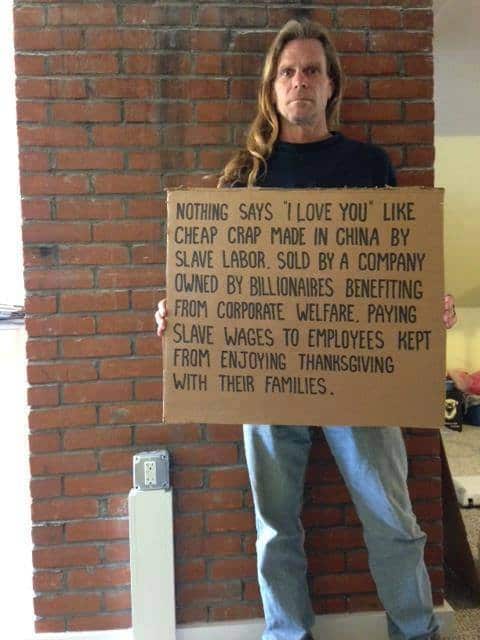 Much of the national debate about widening inequality focuses on whether and how much to tax the rich and redistribute their income downward.

The only way to stop them is to prevent big corporations and Wall Street banks from rigging the market.

For example, Americans pay more for pharmaceuticals than do the citizens of any other developed nation.

That’s partly because it’s perfectly legal in the U.S. (but not in most other nations) for the makers of branded drugs to pay the makers of generic drugs to delay introducing cheaper unbranded equivalents, after patents on the brands have expired.

This costs you and me an estimated $3.5 billion a year — a hidden upward redistribution of our incomes to Pfizer, Merck, and other big proprietary drug companies, their executives, and major shareholders.

We also pay more for Internet service than do the inhabitants of any other developed nation.

The average cable bill in the United States rose 5 percent in 2012 (the latest year available), nearly triple the rate of inflation.

Why? Because 80 percent of us have no choice of Internet service provider, which allows them to charge us more.

Internet service here costs 3 and-a-half times more than it does in France, for example, where the typical customer can choose between 7 providers.

And U.S. cable companies are intent on keeping their monopoly.

It’s another hidden upward distribution – from us to Comcast, Verizon, or another giant cable company, its executives and major shareholders.

Likewise, the interest we pay on home mortgages or college loans is higher than it would be if the big banks that now dominate the financial industry had to work harder to get our business.

As recently as 2000, America’s five largest banks held 25 percent of all U.S. banking assets. Now they hold 44 percent — which gives them a lock on many such loans.

If we can’t repay, forget using bankruptcy. Donald Trump can go bankrupt four times and walk away from his debts, but the bankruptcy code doesn’t allow homeowners or graduates to reorganize unmanageable debts.

So beleaguered homeowners and graduates don’t have any bargaining leverage with creditors — exactly what the financial industry wants.

The net result: another hidden upward redistribution — this one, from us to the big banks, their executives, and major shareholders.

Some of these upward redistributions seem to defy gravity. Why have average domestic airfares risen 2.5% over the past, and are now at their the highest level since the government began tracking them in 1995 — while fuel prices, the largest single cost for the airlines, have plummeted?

Because America went from nine major carriers ten years ago to just four now. Many airports are now served by one or two.

This makes it easy for airlines to coordinate their fares and keep them high — resulting in another upward redistribution.

Why have food prices been rising faster than inflation, while crop prices are now at a six-year low?

Because the giant corporations that process food have the power to raise prices. Four food companies control 82 percent of beef packing, 85 percent of soybean processing, 63 percentof pork packing, and 53 percent of chicken processing.

Result: A redistribution from average consumers to Big Agriculture.

Finally, why do you suppose health insurance is costing us more, and co-payments and deductibles are rising?

One reason is big insurers are consolidating into giants with the power to raise prices. They say these combinations make their companies more efficient, but they really just give them power to charge more.

Add it up — the extra money we’re paying for pharmaceuticals, Internet communications, home mortgages, student loans, airline tickets, food, and health insurance — and you get a hefty portion of the average family’s budget.

Democrats and Republicans spend endless time battling over how much to tax the rich and then redistribute the money downward.

Yet as long as the big corporations, Wall Street banks, their top executives and wealthy shareholders have the political power to do so, they’ll keep redistributing much of the nation’s income upward to themselves.

Which is why the rest of us must gain political power to stop the collusion, bust up the monopolies, and put an end to the rigging of the American market.