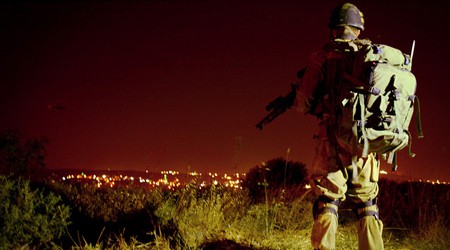 Israeli Prime Minister Benjamin Netanyahu on Friday put to rest any lingering speculation or hopes that the long-comatose two-state solution might ever be revived.

All of a sudden, the prime minister’s refusal to discuss borders or maps in negotiations with the Palestinians makes sense. After all, why negotiate over a map you have no intention of ever compromising on?

“I think the Israeli people understand now what I always say: that there cannot be a situation, under any agreement, in which we relinquish security control of the territory west of the River Jordan,” Netanyahu said in a televised statement about the current Gaza military operation, the Times of Israel reported.

Yes. You read that right. Benjamin Netanyahu, Israel’s prime minister for the coming years (unless he is unseated by a political opponent who outflanks him from the right) said that there is no way he would ever pull the Israeli army out of the West Bank.

It’s official. Not that this should really surprise anyone, as long as Netanyahu is the Israeli prime minister the occupation is forever and there will be no sovereign Palestine.

So when PLO Chairman Mahmoud Abbas takes his next international diplomatic step aimed at advancing Palestinian statehood and claiming a seat among the community of nations, remember why he is doing so. (Abbas is reportedly discussing joining the International Criminal Court.) It is not because negotiations broke down over some minor details, a clash of personalities or just bad timing.

No. It’s because at the negotiations table, Abbas was the only one even talking about a two-state solution. It’s now clear why U.S. Secretary of State John Kerry was unable to draft an acceptable — to Israel — “framework” document in his efforts to budge negotiations along just a few feet further. Netanyahu outright rejects the most fundamental piece of the puzzle: the land on which it lays.

Denouncing the current violent escalation between Israel and Hamas Friday night, Mahmoud Abbas said: “The only solution to the current crisis is a diplomatic one, but I don’t have a partner for a two-state solution,” Haaretz reported.

And remember, if there is no two-state solution, and assuming a one-state solution isn’t around the corner either, then the occupation is forever — and that seems to be okay with most Israelis.