The NSA Deserves a Permanent Shutdown 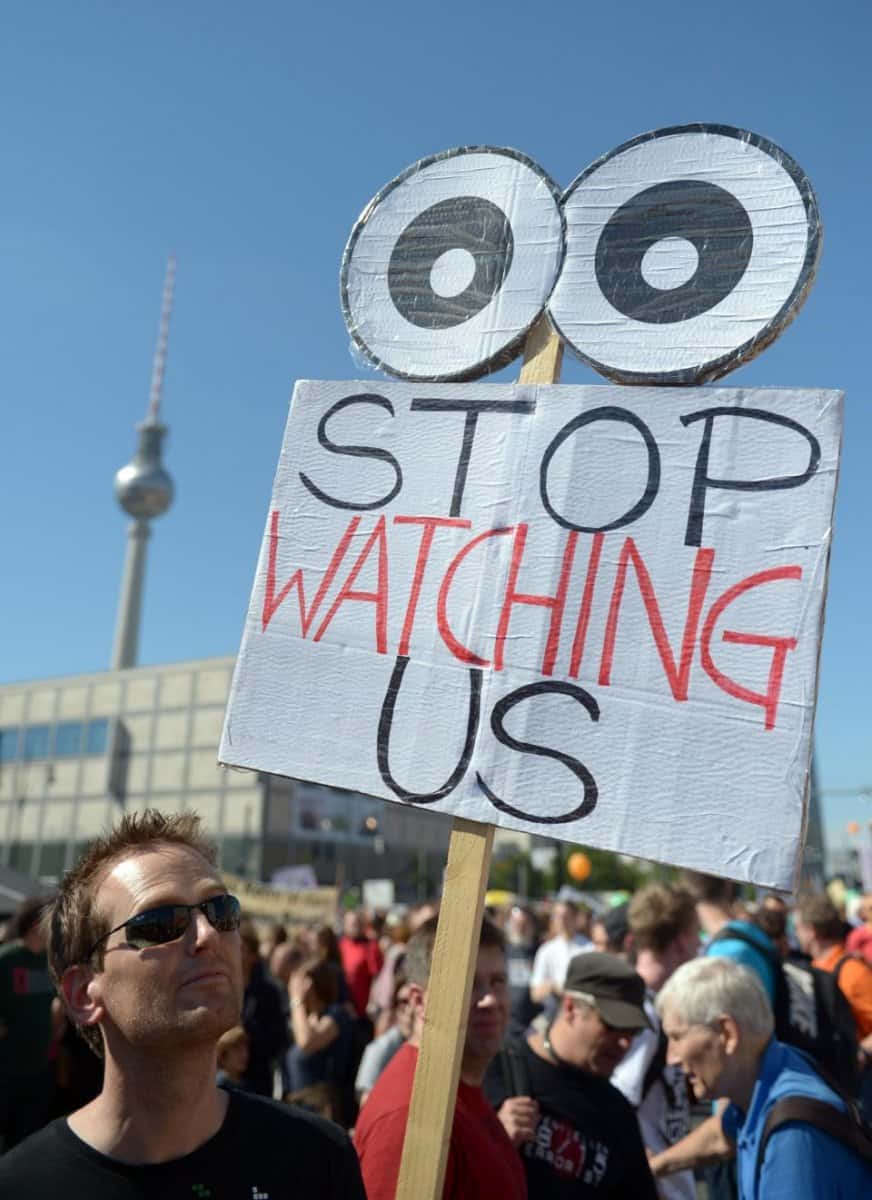 To the people in control of the Executive Branch, violating our civil liberties is an essential government service. So — to ensure total fulfillment of Big Brother’s vast responsibilities — the National Security Agency is insulated from any fiscal disruption.

The NSA’s surveillance programs are exempt from a government shutdown. With typical understatement, an unnamed official told The Hill that “a shutdown would be unlikely to affect core NSA operations.”

At the top of the federal government, even a brief shutdown of “core NSA operations” is unthinkable. But at the grassroots, a permanent shutdown of the NSA should be more than thinkable; we should strive to make it achievable.

Wielded under the authority of the president, the NSA is the main surveillance tool of the U.S. government. For a dozen years, it has functioned to wreck our civil liberties. It’s a tool that should not exist.

In this century, the institutional momentum of the NSA — now fueled by a $10.8 billion annual budget — has been moving so fast in such a wrong direction that the agency seems unsalvageable from the standpoint of civil liberties. Its core is lethal to democracy.

A big step toward shutting down the National Security Agency would be to mobilize political pressure for closure of the new NSA complex that has been under construction in Bluffdale, Utah: a gargantuan repository for ostensibly private communications.

During a PBS “NewsHour” interview that aired on August 1, NSA whistleblower William Binney pointed out that the Bluffdale facility has a “massive amount of storage that could store all these recordings and all the data being passed along the fiberoptic networks of the world.” He added: “I mean, you could store 100 years of the world’s communications here. That’s for content storage. That’s not for metadata.”

The NSA’s vacuum-cleaner collection of metadata is highly intrusive, providing government snoops with vast information about people’s lives. That’s bad enough. But the NSA, using the latest digital technology, is able to squirrel away the content of telephone, e-mail and text communications — in effect, “TiVo-ing” it all, available for later retrieval.

“Metadata, if you were doing it and putting it into the systems we built, you could do it in a 12-by-20-foot room for the world,” Binney explained. “That’s all the space you need. You don’t need 100,000 square feet of space that they have in Bluffdale to do that. You need that kind of storage for content.”

Already the NSA’s Bluffdale complex in a remote area of Utah — seven times the size of the Pentagon — is serving as an archive repository for humungous quantities of “private” conversations that the agency has recorded and digitized.

Organizing sufficient political power to shut down the entire National Security Agency may or may not be possible. But in any event, we should demand closure of the agency’s mega-Orwellian center in Bluffdale. If you’d like to e-mail that message to your senators and representative in Congress, click here.

“The U.S. government has gone further than any previous government … in setting up machinery that satisfies certain tendencies that are in the genetic code of totalitarianism,” Jonathan Schell wrote in The Nation as this fall began. “One is the ambition to invade personal privacy without check or possibility of individual protection. This was impossible in the era of mere phone wiretapping, before the recent explosion of electronic communications — before the cellphones that disclose the whereabouts of their owners, the personal computers with their masses of personal data and easily penetrated defenses, the e-mails that flow through readily tapped cables and servers, the biometrics, the street-corner surveillance cameras.”

“But now,” Schell continued, “to borrow the name of an intelligence program from the Bush years, ‘Total Information Awareness’ is technologically within reach. The Bush and Obama administrations have taken giant strides in this direction.”

Those giant strides have stomped all over the Fourth Amendment, leaving it gasping for oxygen. That amendment now reads like a profound articulation of opposition to present-day government surveillance — a declaration of principle that balks at the lockstep of perpetual war mentality and rote surrender of precious civil liberties. To acceptance of the NSA and what it stands for, we must say and say and say: No way. No way. No way.