The new Iraq War is doomed 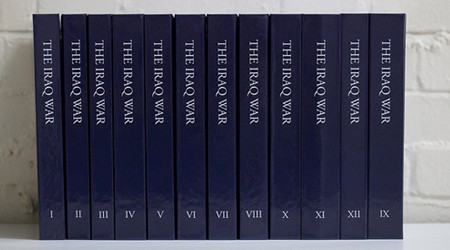 [Ed. Note: The author spoke for PPJC on October 11, 2014, about his travels in the region. Video of his talk is available here.]

The latest iteration of the Iraq War is already starting to escalate. The day after Christmas, U.S. forces and its allies hit the Islamic State of Iraq and the Levant (ISIL) with 31 airstrikes in Iraq and Syria. Three thousand U.S. military advisers are now authorized to accompany Iraqi troops into combat, while American helicopter pilots fly combat missions over Iraq. Chairman of the Joint Chiefs of Staff Martin Dempsey and Secretary of State John Kerry want to keep open the option of officially dispatching combat troops.

In northern Iraq, many Sunni and some Shia political leaders told me they remain suspicious about renewed American involvement. This came as no surprise. The United States, after all, invaded Iraq only a little more than a decade ago on the false pretense of eliminating weapons of mass destruction. Its new stated aims seem to many to be almost as implausible.

In August a U.S. diplomat rattled off to me the three original justifications for the new war: stopping the immediate slaughter of minorities fleeing attacks by ISIL, protecting American military personnel in the northern city of Erbil and keeping ISIL from overrunning the Kurdish region.

None of those rationales hold up under scrutiny.

First, despite alarmist claims, ISIL lacks the ability to overrun the Kurdish region. It could never occupy an area in which 8 million Kurds live and tens of thousands are organized into well-trained militias.

Second, U.S. goals are much larger than protecting minorities and military personnel. On Aug. 8 the U.S. began bombing Iraq. By Aug. 14 the Pentagon determined that minorities were no longer fleeing ISIL. American military and diplomatic personnel were in no real danger either. The airports remained open during the crisis, and the military could have evacuated personnel quickly. Yet the U.S. intensified the bombing at that point.

The United States is waging the present conflict in part because it lost the last Iraq War. The U.S. had hoped to overthrow Saddam Hussein, install a friendly government in Baghdad and reassert U.S. influence throughout the region. But in 2008, George W. Bush’s administration signed a status of forces agreement that codified the U.S. defeat. By the end of 2011, the United States withdrew its troops, closed its military bases, and the independent government in Baghdad ended up being more friendly to Tehran than to Washington.

Critics such as Sen. John McCain and former head of the Central Intelligence Agency Leon Panetta argue that political leaders gave away gains made by the military because of their lack of political will. But U.S. Army Gen. Daniel P. Bolger points outthat the U.S. was defeated both politically and militarily; it was forced out of Iraq.

Now Barack Obama’s administration is trying to win a new war in Iraq with even less support at home and armed resources than in 2003.

The United States faces massive roadblocks in its quest for victory against ISIL. American diplomats admitted to me that U.S. cannot win with air power alone. Yet the U.S. has no allies even capable of fighting on the ground to defeat ISIL, much less occupying and governing the areas currently under its control in Syria and Iraq.

The Iraqi army collapsed in the face of the ISIL offensive last summer. In response, the Iraqi government has mobilized conservative Shia militias and deployed them at the front. On at least one occasion when these militias retook ISIL-held territory, they prohibited Sunnis from returning to their homes — what some critics called ethnic cleansing. Sunnis still perceive the Iraqi army and allied militias as sectarian forces dominated by Shia leaders.

In Syria the prospects for a victory favoring the U.S. are even more remote. The U.S.-backed civilian group the Syrian National Coalition has little popular support. The Pentagon has stopped supporting the Free Syrian Army, the so-called moderate force backed by the U.S. for three years. The Free Syrian Army — not very popular in its own right — wants to focus on defeating Bashar al-Assad’s regime, while the United States demands that rebels fight ISIL first.

Now the Obama administration has a new scheme. The U.S. claims it will vet moderate rebels, send them to Saudi Arabia for training for one year and then return them to Syria. But even Vice President Joe Biden admitted that the Saudis helped fund and arm extremist rebels for years. The administration has offered nothing but token assurances that the Saudis have changed their practices.

Without viable allies on the ground, the Obama administration has few options for winning the war against ISIL. Hawks at home will pressure him to send additional troops, but there is no evidence that even thousands of more soldiers would succeed. ISIL has already adapted its tactics to fight an unconventional war, hiding among the civilian population.

The $1.1 trillion omnibus spending bill passed this month authorized $64 billion for the wars in Afghanistan, Syria, Iraq and other countries. Obama has asked Congress to authorize the wars in Iraq and Syria. Last week the Senate Foreign Relations Committee agreed, and a final Senate vote is expected early next year.

Regardless of what action is taken in Washington, the American people will not back another unending war. As happened with the 2003 Iraq War, public opinion will shift against Iraq War III as the cost of war increases, U.S. soldiers are killed and military victories remain sparse. After years of lies and senseless military conflict, firm and decisive opposition to war is the only way forward to a more decent future.

Reese Erlich is a freelance foreign correspondent and the author of “Inside Syria: The Back Story of Their Civil War and What the World Can Expect,” with a foreword by Noam Chomsky.   @ReeseErlich