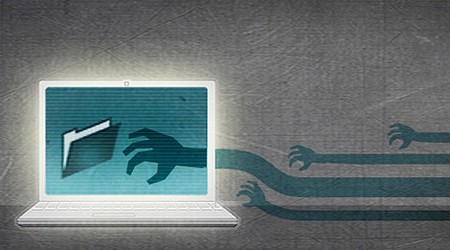 The most consequential civil liberties case in years is being argued before three judges in California on Wednesday, and it has little to do with the NSA but everything to do with taking away your privacy in the name of vague and unsubstantiated “national security” claims.

The landmark case revolves around National Security Letters (NSLs), the pernicious tool for surveillance-on-demand that the FBI has used with reckless abandon since 9/11 – almost completely hidden from public view, even though they’re used to view the public’s private information. To wit, NSLs allow the FBI to demand all sorts of your stuff from internet, telephone, banking and credit-card companies without any prior sign-off from a judge or their unwitting customers. Worse, companies are served a gag order, making it illegal for them not only to tell you which of your info is being pulled – but to tell the public they’ve received such a request at all.

Which is why the Electronic Frontier Foundation (EFF) is in court on Wednesday, why Twitter is now suing the US government, and the reason that anyone who cares about his or her privacy should be just as aware of the three letters “NSL” as everyone has no doubt already become with the acronym NSA.

The FBI has issued NSLs well over a hundred thousand times in the past decade, yet they’ve only been challenged in court a handful of time. This is despite the fact that NSLs have been subject to countless scathing reports from civil-liberties groups showing they are widely abused, used in any number of cases that have nothing to do with national security, and have never been the basis to a terrorism conviction. Again, we sadly know few details about the scope of these powers, but the FBI also may have been using NSLs to help the NSA conduct internet surveillance on Americans. The bureau even has secret rules that allows them to use NSLs against journalists.

But last year, in a rare case, EFF won a huge case in California, where a judge ruled that the gag orders attached to NSLs are an unconstitutional violation of the First Amendment, and struck down the entire National Security Letters statute. But the case was so consequential that the judge put a hold on enforcing her ruling until the Court of Appeals could rule on the contentious issue first. (Disclosure: I worked for EFF until just after the ruling.)

Yet hardly anyone remembers much of anything about this – about what could be the end of the FBI’s secret power over your secrets – because it all happened just a couple months before Edward Snowden’s revelations about the NSA re-drew America’s surveillance landscape.

Here’s a clue as to how consequential National Security Letters really are – and just how much federal law enforcement is clinging to that unjust power: None of the main Snowden revelations touched on NSLs, but when President Obama’s hand-picked surveillance review panel issuedtheir report on NSA reform recommendations late last year, two of the first three recommendations included a complete overhaul of the NSL system, given the FBI handing them out like candy, virtually unchecked, for over a decade.

The NSL rollback may have been the most sweeping recommendation made by the otherwise lackluster “review group”. So of course the administration and the FBI moved to cut it off immediately. As the Daily Beast’s Daniel Klaidman reported at the time:

[A] senior Justice Department official says the FBI is mounting a major effort to preserve its ability to issue the letters free of judicial interference. ‘The bureau is going to dig in on this one,’ says the source.

And that was the last we ever heard of stopping the FBI from going through your credit-card bill without anyone ever notifying you. (It’s pretty telling that the government considers Constitutionally mandated court oversight of surveillance as “interference”, isn’t it?)

But while the initial EFF challenge was brought in relative in obscurity, the Snowden revelations, at least in part, pushed the major tech giantsMicrosoft, Google and Facebook to file a legal brief in support of today’s argument. Even better, just Tuesday, Twitter announced that it’s suing the FBI, arguing the bureau and the US justice department are violating the company’s First Amendment rights by banning it from publishing the number of National Security Letters and Fisa court orders it receives each year. Amazingly, the government believes it can muzzle companies from saying how many of these secret letters its received – and that it can silence them from saying if they haven’t received any NSLs at all.

Wednesday’s Ninth Circuit Court of Appeals challenge has brought out even more extreme government secrecy. The public still doesn’t even know who EFF’s clients really are, or which customers the NSLs in question have actually affected. Even the news media has been gagged by the case. For example, the Reporter Committee for Freedom of the Press, which was not privy to any confidential information involved in the case, wrote a “friend of the court” brief on behalf of more than a dozen news organizations. It was based 100% on public sources, yet the group was still told by the court not to tell the public what they had even written in said brief. It was censorship of their argument against censorship.

So while we wait for Congress to finally move on NSA surveillance reform, and for decisions in the variety of cases challenging the NSA’s power to spy on you, this could be more important than all of that. Because shouldn’t we at least know how much we’re being spied on?