The Mexicanization of the United States 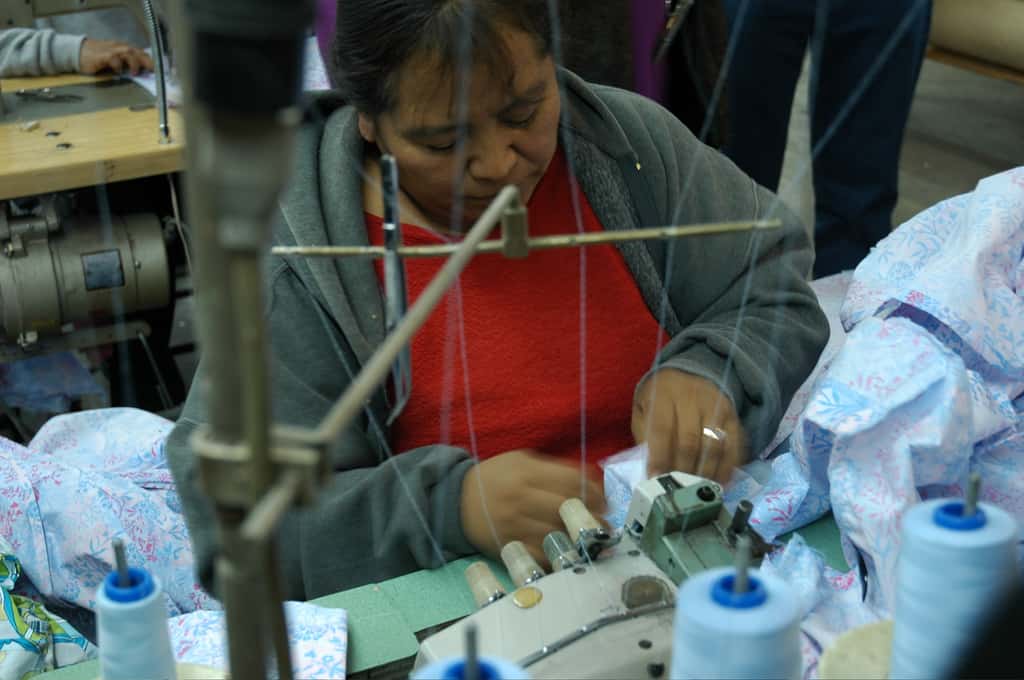 The neoliberal ideology that is the engine of corporate capitalism spews its poison around the globe. Constitutions are rewritten by judicial fiat in a mockery of democracy. Laws and regulations that impede corporate exploitation are abolished. Corporations orchestrate legally sanctioned tax boycotts. Free-trade deals destroy small farmers and businesses along with labor unions and government agencies designed to protect the public from contaminated air, water and food and from usurious creditors and lenders. The press is transformed into an echo chamber for the corporate elites. Wages stagnate or decline. Unemployment and underemployment soar. Social services are curtailed or abolished in the name of austerity. The political system becomes a charade. Dissent is criminalized. The ecocide by the fossil fuel industry accelerates. State enterprises and utilities are sold to corporations. The educational system mutates into vocational training. Culture and the arts are replaced by sexual commodification, banal entertainment and graphic depictions of violence. Infrastructures crumble.

The working poor—sacrificed on the altar of corporate profit and suffering job losses, bankruptcies, foreclosures, harassment and arrest—watch helplessly as their dreams for themselves and their children evaporate. Some are forced into an underground economy dominated by drugs, crime and human trafficking. Some turn to opiates to blunt the despair. (Heroin use in the United States has doubled since 2007.) Suicides mount. (There are more than 40,000 a year in the U.S.) Hunger spreads. (Some 48.1 million Americans, including 15.3 million children, live in food-insecure households.) The state, to prevent unrest, militarizes the police agencies and empowers them to use lethal force against unarmed civilians. It fills the prisons.

From Mexico to Greece to the United States, the scenario is the same, varying only in degree. Neoliberalism and globalization create a vast race to the bottom. Duplicitous political elites, epitomized by Barack Obama and Bill and Hillary Clinton, are or will be highly compensated for doling out trillions in “quantitative easing” to banks and other financial firms while delivering credulous voters to the corporate guillotine. Everyone and everything, including the natural world, is transformed into a commodity to exploit for profit.

The corporate pillage, as the Argentines have recently discovered, is limitless. The new Argentine president, the right-wing Mauricio Macri—put in office by corporate backers—has agreed to pay billions to a handful of hedge funds that bought up the country’s debt for a pittance and then demanded full repayment. Paul Singer’s Elliott Management alone will make $2.4 billion, as much as 15 times its initial investment.

The corporate looting is impervious to regulation or reform. It will continue until there is nothing left to exploit or is halted by popular revolt. It is creating frustrated and enraged populations that are being seduced in the United States, Europe and elsewhere by demagogues and protofascists. “Fascism, like socialism,” the economist Karl Polanyi wrote, “was rooted in a market society that refused to function.” Left unchecked, the present system will usher in a dystopia ruled by criminal power structures, including Wall Street, and inflict tremendous suffering and poverty on societies rent apart by global warming as well as internecine and nihilistic violence. Mexico is not an anomaly. Mexico is the future.

In the U.S. there is the added dead weight of the war industry. We have spent or obligated $4.4 trillion for the wars in Afghanistan, Pakistan and Iraq. In 15 years of war we have produced hundreds of thousands of dead, millions of refugees, wholesale devastation in countries such as Iraq and Afghanistan, tens of thousands of Islamic terrorists, a series of failed states that stretches from Iraq and Syria to Libya, and obscene profits for the arms manufacturers, who constitute the only real reason these wars are still being fought. The national treasury is being drained for military adventurism that makes us one of the most reviled nations on earth. At some point the entire house of cards, including the speculative financial markets, will collapse. And then, as John Milton wrote in “Paradise Lost,” “engorged without restraint,” we will eat death.

We are devolving into a nation that increasingly resembles countries such as Mexico and Greece where the destruction is more advanced. We are undergoing a slow-motion crash. The continued reliance on established mechanisms of political participation and reform—the chief mistake made by the supporters of Democratic presidential candidate Bernie Sanders—will not work. The entire system has to be demolished, as radicals in parties such as Syriza and Podemos understand. The effort is not only a war to bring down financial systems. It is a war to bring down political systems. It is a war that requires widespread and sustained popular revolt dedicated to overthrowing all the mechanisms of corporate power.

“To allow the market mechanism to be sole director of the fate of human beings and their natural environment, indeed, even of the amount and use of purchasing power, would result in the demolition of society,” Polanyi warned in “The Great Transformation.”

“In disposing of a man’s labor power the system would, incidentally, dispose of the physical, psychological, and moral entity ‘man’ attached to the tag,” he went on. “Robbed of the protective covering of cultural institutions, human beings would perish from the effects of social exposure; they would die as the victims of acute social dislocation through vice, perversion, crime, and starvation. Nature would be reduced to its elements, neighborhoods and landscapes defiled, rivers polluted, military safety jeopardized, the power to produce food and raw materials destroyed.”

I recently met with the Mexican activist Jessica Alcazar in New York for my teleSUR broadcast “Days of Revolt.” She is a leader of Jóvenes ante la Emergencia Nacional, a national organization that has mobilized against state repression in Mexico and called for a return to Mexico’s revolutionary ethic. Alcazar says that the passage of the North American Free Trade Agreement (NAFTA) in 1994 triggered a corporate coup d’état in Mexico that mirrors the corporate coup d’état in the United States.

“As a result of the signing of [NAFTA] in Mexico, all possibilities of sovereignty were taken from us, even food sovereignty,” Alcazar said. “Since NAFTA, the majority of the food we eat comes from the United States. There is also a big migration problem for the indigenous people, with small farmers leaving to the United States. Such is NAFTA’s vortex. There is a bloom of sweatshop factories, mainly car factories, an important industry. These corporations bring in employment but offer low wages. The majority of workers have no rights. They are paid by the hour—seven pesos an hour [about 39 U.S. cents]. This is nothing compared to what people used to make.

“The factories are suspected of having a connection with human trafficking, because of thedisappearance of young girls working in those factories, many who eventually turn out to have been assassinated,” she said. “A clear example of this happens in Chihuahua. There are thousands of missing girls who worked in the factories. [There are] factories that know how to disappear a person so they don’t have to pay them. They either kill them or traffic them into sexual slavery.”

There have been some 27,000 registered disappearances in Mexico. More than 120,000 people have been killed since then-President Felipe Calderón sent the army to patrol city streets in 2006, ostensibly to curb drug-related violence.

“The problem in Mexico is not only one of violence, but about social rights being stripped away, rights which were won in the revolutionary process of 1917,” Alcazar said, referring to the Mexican Revolution. “Such rights allowed anyone to have access to education, health, employment and housing. The state and its neoliberal politics have been slowly transforming the constitution. This means that the Mexican people have lost all of their constitutional rights.”

As many as 3 million Mexican farmers and their families were driven into bankruptcy after American agro-businesses, because of NAFTA, began to flood the market with cheap corn. This contributed to the creation of an economic vacuum filled by financial speculators and drug cartels. The drug cartels in Mexico conduct a $30-billion-a-year business. They not only sell drugs, most destined for the United States, but trade in migrant workers, human organs, kidnapping for ransom and the trafficking of women in sexual slavery.

U.S. military action similar to Mexico’s 2006 deployment of the army into cities is possible under Section 1021 of the National Defense Authorization Act. Section 1021, which I successfully challenged in federal court before the ruling was overturned on appeal, was signed into law by President Obama on the final day of 2011. It effectively overturns the 1878 Posse Comitatus Act, which barred the government from using the military as a domestic police force. Section 1021 authorizes the federal government to order the military to carry out the extraordinary rendition of U.S. citizens, hold them indefinitely in military detention facilities and strip them of due process if the state brands them as terrorists. The elites, even if they do not publicly acknowledge it, know very well what is coming. They intend to be prepared.

The devolution of the social and political order leads to a fusion between criminals and the ruling elites. It creates, as Polanyi wrote, a Mafia capitalism and a Mafia political system. In Mexico, mayors and other municipal officials, law enforcement officers, judges and governors have become indistinguishable from the drug cartels. Similarly in the United States, financers from big banks and firms such as Goldman Sachs—many of whom launder huge sums of money for illicit activity and openly carry out billions of dollars in fraud—are part of the inner circles of power.

Mexico’s state oil company, Pemex, formed in 1938 to make sure the profits from oil extraction remained in Mexico, is slowly being privatized. Mineral rights, often on indigenous land, along with water rights have been sold to foreign investors. Foreign corporations, as in the United States, are using eminent domain to push people off their land. Resistance to the land expropriation has been met by lethal state violence.

Mexican activists argue they must build an alliance with radical movements in the United States and the rest of the world to reverse the corporate coup. This will require global solidarity. Without it, no movement to take back power from rapacious capitalism can succeed.

“There are many organizations like ours which are trying to build [political momentum] from outside the institutional left, from outside the political parties,” Alcazar said. “The Zapatista Liberation Army is one of those organizations. We believe that today’s community resistance and willingness to take a stand, especially from the indigenous communities, are very important, like the work of ‘snail’ cells, of autonomous Zapatista zones. It’s important to build from the ground up, to form independent self-governments. It’s a long process. We have to struggle to ‘refound the nation.’ We have to rewrite the constitution. We need a new way of governance.”